The measles outbreak of 2019 has now clocked 1,022 confirmed cases 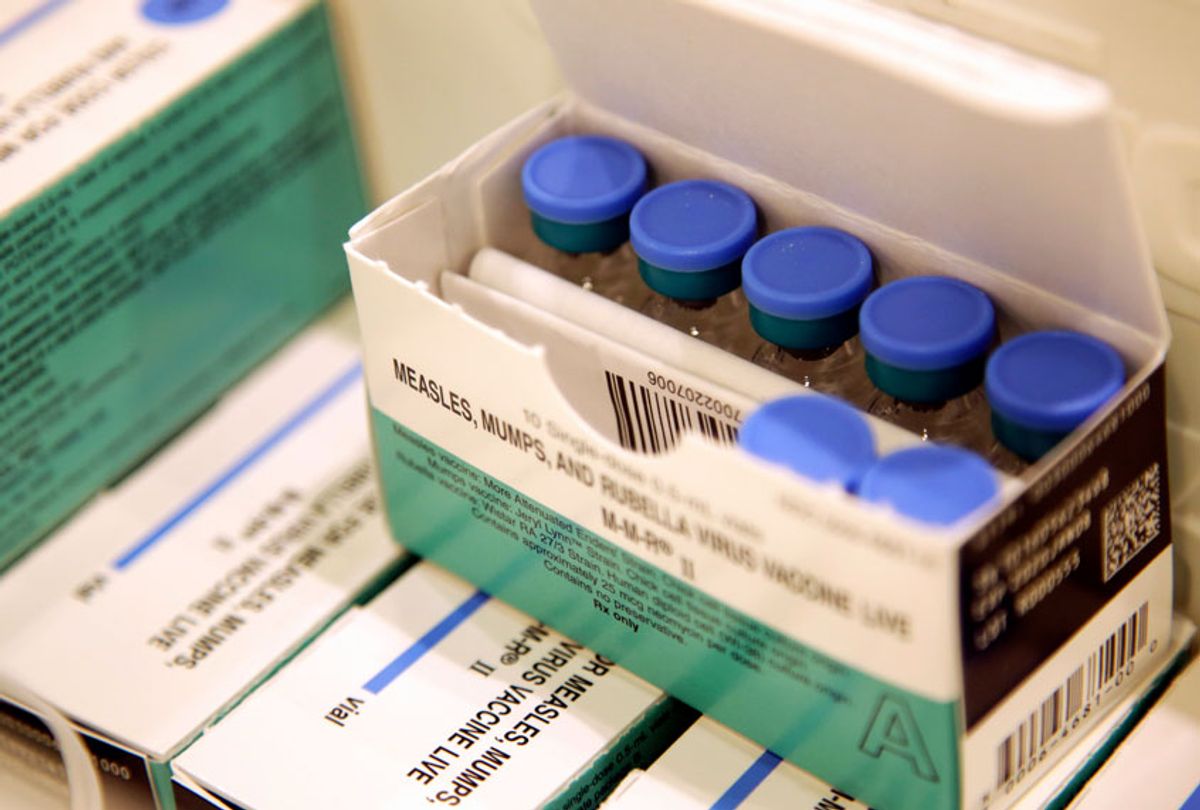 The American measles outbreak of 2019 has now spread to the states of Idaho and Virginia and clocked 1,022 confirmed cases, raising additional concerns about the potential public health risks posed by the anti-vaccination movement.

The U.S. Centers for Disease Control and Prevention (CDC) announced there were 41 new confirmed cases of the measles last week. These includes newly-reported cases in Idaho, a state in the Rocky Mountains region of the western U.S., and Virginia, an east coast state much closer to other areas where the measles has been reported, like New York. The current measles outbreak is the worst in U.S. history since 1992, when 2,126 cases were recorded.

This is dire news for those who believed that measles had been eliminated from the U.S. in 2000, especially since the culprit appears to be man-made: Fewer and fewer parents are getting their children vaccinated due to the unfounded fear that doing so might cause them to develop autism.

Health and Human Services Secretary Alex Azar addressed this in a statement last week saying, "We cannot say this enough: Vaccines are a safe and highly effective public health tool that can prevent this disease and end the current outbreak."

Eve Dubé, a medical anthropologist and researcher at the Research Center of the CHU de Québec-Université Laval, told Salon by email in March that "vaccine hesitancy means decline in vaccination rates, which could lead to more outbreaks of vaccine preventable diseases. Public health [officials] need to apply different measures to deal with outbreaks, which takes time and energy and diverts resources from other important public health issues."

Gary Freed, a professor of health management and policy at the University of Michigan, echoed those thoughts when speaking to Salon, saying that "any decline in immunization rates will result in an increase in vaccine-preventable diseases. We have the opportunity now to prevent so many life threatening diseases and have saved countless lives through immunization. It would be a travesty for children’s health if there were widespread outbreaks of diseases which can kill or permanently damage children."

"The study strongly supports that MMR vaccination does not increase the risk for autism, does not trigger autism in susceptible children and is not associated with clustering of autism cases after vaccination," explained Drs. Anders Hviid, Jørgen Vinsløv Hansen, Morten Frisch and Mads Melbye in an article published in a peer-review journal called the Annals of Internal Medicine. "It adds to previous studies through significant additional statistical power and by addressing hypotheses of susceptible subgroups and clustering of cases."

Despite having been debunked, anti-vaccination conspiracy theories have become increasingly popular due in no small part to the work of activists such as the actress and author Jenny McCarthy.