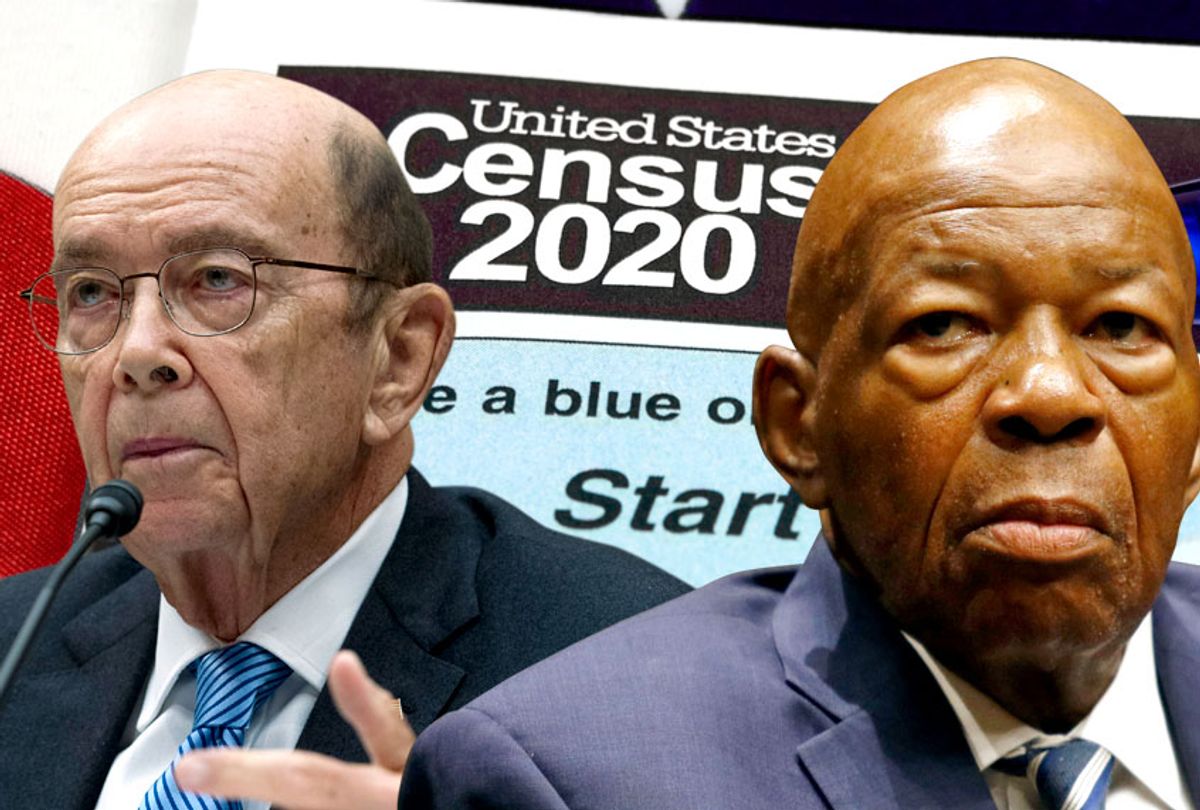 The move came as the House Oversight and Reform Committee began proceedings Wednesday morning to hold Attorney General William Barr and Commerce Secretary Wilbur Ross in contempt of Congress for failing to comply with the panel's subpoenas to turn over the materials.

On Tuesday, the Justice Department warned it would request that Trump invoke executive privilege over the material unless Cummings held off on the contempt vote. Cummings, in response, said he would delay the proceedings only if the administration turns over certain documents subpoenaed by the House Oversight and Reform panel.

The House Oversight and Reform Committee first issued the subpoenas in April as part of its investigation into the origins of the White House's decision to add a citizenship question to the next census. The Supreme Court is set to decide whether the question can stay on the census in the next few weeks.

The committee has also authorized a subpoena for John Gore, the principal deputy assistant for the Justice Department's civil rights division. Gore appeared before the committee behind closed doors in March, although he refused to answer specific questions from lawmakers about his role in the Trump administration's efforts to add a citizenship question to the 2020 census, prompting Cummings to issue a subpoena to compel him to respond to the unanswered questions. Barr directed Gore not to comply with the subpoena for his testimony after the panel declined to allow a Justice Department attorney to be in the room with Gore.

Cummings announced his panel would move to hold Barr and Ross in contempt last week in separate letters to both members of Trump's Cabinet. In the letters, he also pointed to evidence recently filed in court by the American Civil Liberties Union (ACLU), which claims that the citizenship question was added at the urging of Thomas Hofeller, a now-deceased GOP redistricting expert who argued that adding such a question to the census would be "advantageous to Republicans and non-Hispanic whites" by prompting a redrawing of certain congressional districts. The ACLU alleges the language Hofeller drafted was used in a Justice Department memo requesting the question be included on the census.

The Justice Department has denied those allegations, describing the ACLU's claims as a last-minute campaign to derail the Supreme Court's consideration of the citizenship question. The Trump administration, meanwhile, has argued that adding a citizenship question to the census would allow it to better enforce the 1965 Voting Rights Act. The ACLU has disputed those characterizations.

In his letter, Cummings pointed out that new evidence suggests the true reason the White House sought to add the citizenship question was "to gerrymander congressional districts in overtly racist, partisan and unconstitutional ways."

Rep. Jim Jordan, the top Republican on the House Oversight Committee, claimed that the Supreme Court was already hearing arguments over the 2020 census and argued that Cummings' decision to hold Barr and Ross in contempt was "a reckless and transparent attempt" to interfere with that litigation.

"Chairman Cummings' interest in the census is entirely about scoring political points, not conducting meaningful oversight," Jordan said in a statement last week. "The Democrats' desperation to affect the outcome of the case raises the question: why don't they want to know how many American citizens are in the United States of America?"

A spokesperson for the Commerce Department said in a statement that the agency has "worked in good faith with the committee" and has already turned over nearly 14,000 pages of documents about the citizenship question.

"The committee has taken this extraordinary step to compel production of documents protected by longstanding and well-settled privileges, including the government's right to protect confidential attorney-client and deliberative communications, which has been upheld in court," the spokesperson said. "To any objective observer, it is abundantly clear that the committee's intent is not to find facts but to desperately and improperly influence the Supreme Court with mere insinuations and conspiracy theories."

Three federal judges have already ruled this year to block the Trump administration from adding the citizenship question to the 2020 census, but the Supreme Court has agreed to hear arguments for the Justice Department's appeal of the decision. The high court's conservative majority signaled during oral arguments earlier this year that they would rule in favor of including the question.