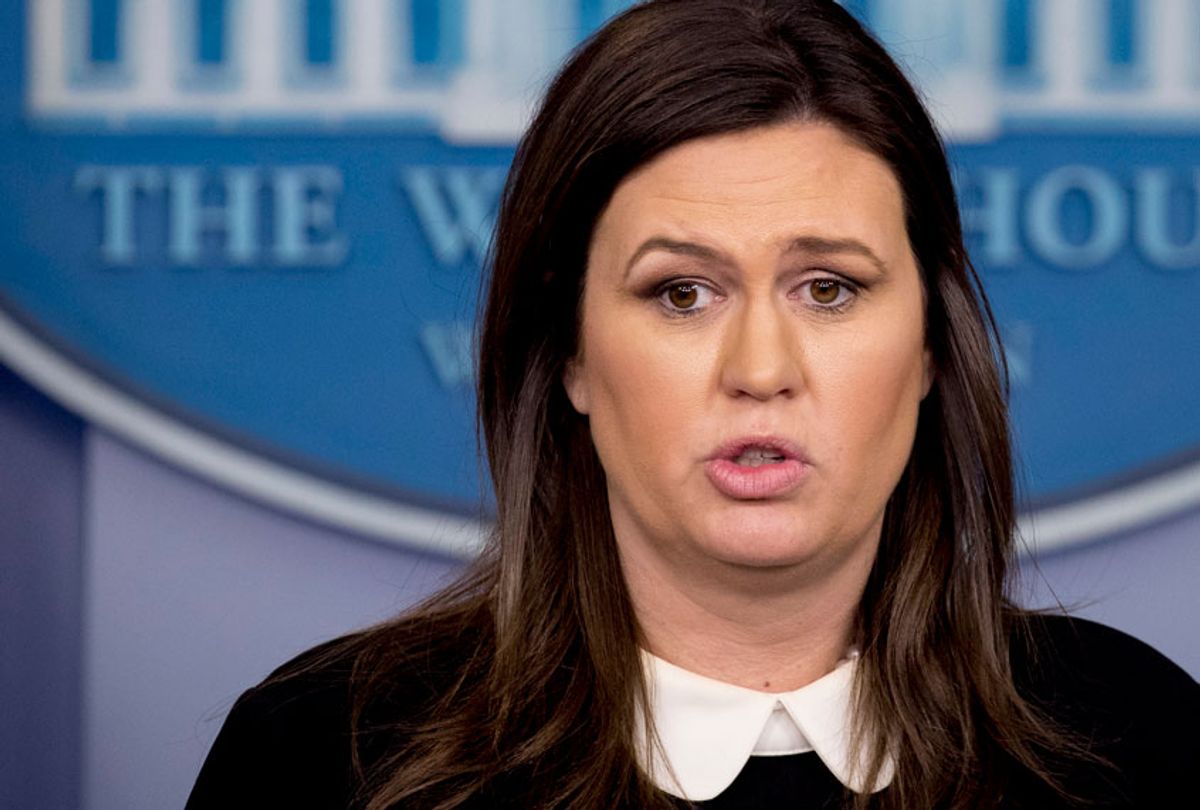 On Thursday evening President Donald Trump announced on Twitter that Sarah Huckabee Sanders will step down as his press secretary by the end of the month.

"After 3 1/2 years, our wonderful Sarah Huckabee Sanders will be leaving the White House at the end of the month and going home to the Great State of Arkansas...." Trump posted in his first tweet.

He added in a subsequent tweet, "....She is a very special person with extraordinary talents, who has done an incredible job! I hope she decides to run for Governor of Arkansas - she would be fantastic. Sarah, thank you for a job well done!"

Sanders informed her staff that she would be stepping down roughly one hour before Trump made the public announcement on Twitter, according to The New York Times. There have been no immediate announcements regarding a successor, but the next press secretary is expected to have a very difficult task as Trump heads into the 2020 presidential election. While it is unclear whether Sanders will follow Trump's advice and run for governor of Arkansas, she would have the advantage of name recognition — her father, Mike Huckabee, served as governor of Arkansas for over a decade.

Sanders inherited the role of White House press secretary at a tumultuous time in the Trump administration. Her predecessor, Sean Spicer, had fallen out of favor with the president when his apparently bumbling performances caused him to be widely ridiculed, most notably by Melissa McCarthy on "Saturday Night Live." Sanders grew into the role and developed a knack for articulating the president's criticisms of the press in language that he clearly liked. Perhaps the most notable example occurred in December 2017, when she argued that the president was upset about the press "purposefully misleading the American people."

"There's a very big difference between making honest mistakes and purposefully misleading the American people, something that happens regularly," Sanders told reporters at a White House press briefing. "You can't say that it's an honest mistake when you're purposefully putting out information that you know to be false. Or when you're taking information that hasn't been validated, that hasn't been offered any credibility, and that has been continually denied by a number of people, including people with direct knowledge of an instance."

Republicans have varying opinions on who should succeed Sanders. The Washington Examiner, a conservative-leaning magazine, suggested four possible replacements for Sanders. Their shortlist included Sebastian Gorka, a former Trump adviser described as a "MAGA devotee"; former House Speaker Newt Gingrich, described as "an ardent defender of the president, a silver-tongued orator, and an intellectual powerhouse"; Mick Mulvaney, a "Congressman turned director of the Consumer Financial Protection Bureau turned director of the Office of Management and Budget turned White House Chief of Staff" who "would surely jump at the chance to take on yet another job"; and "nobody" because "this White House has largely scrapped the press briefing, and Trump likes communicating directly through his tweets, so why waste taxpayer dollars on a no-show job?"