Assange faces charges in the United States under the Espionage Act 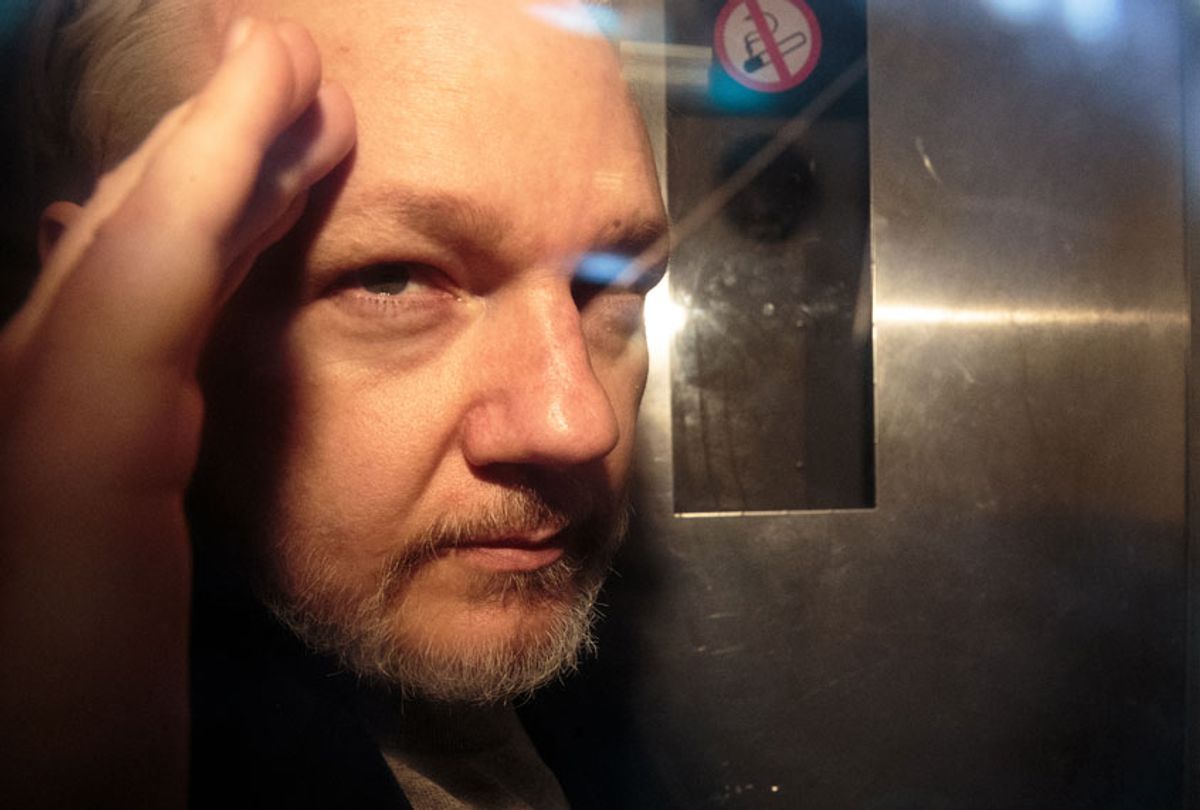 Wikileaks Founder Julian Assange leaves Southwark Crown Court in a security van after being sentenced on May 1, 2019 in London, England. (Getty/Jack Taylor)
--

The United Kingdom has signed an order to extradite WikiLeaks founder Julian Assange, who faces charges in the United States under the Espionage Act.

U.K. Home Secretary Sajid Javid revealed Thursday that he signed a request for Assange to be extradited to the U.S. ahead of a court hearing on Friday.

"First of all I am very pleased the police were able to apprehend him and now he is rightly behind bars because he broke UK law," Javid told BBC Radio 4 on Thursday.

Assange faces an 18-count indictment, issued by the U.S. Justice Department, that includes a charge of violating the Espionage Act for his role in encouraging and publishing thousands of secret government documents in 2010 that were stolen and provided to WikiLeaks by former U.S. Army intelligence analyst Chelsea Manning.

The 47-year-old founder of the whistleblower website was too ill to appear in court last month in relation to the U.S. request. The hearing has been rescheduled to Friday, and depending on Assange's health, may be held at Belmarsh prison in London, where Assange is serving a 12-month prison sentence for skipping bail in August 2012 as he fought extradition to Sweden, where he was under investigation over allegations of sexual assault and rape. Assange has maintained his innocence and casting the allegations as a ploy for his eventual extradition to the U.S.

Assange's indictment unleashed a debate over the First Amendment and whether his alleged role in obtaining classified documents and videos about the wars in Afghanistan and Iraq, as well as confidential diplomatic cables and files from Guantánamo Bay about prison camp detainees, constituted protected journalist activity.

The single charge, conspiracy to commit computer intrusion, comes from what U.S. prosecutors said was Assange's attempt to assist Manning in cracking a password stored on a classified government computer. The indictment was filed in court last year on March 6 and includes no evidence that the password-hacking effort succeeded.

Assange most recently come under scrutiny for claims that WikiLeaks posted thousands of emails stolen from Democrats by Russian agents during the 2016 presidential election, which has been a focus of several investigations into alleged collusion between President Donald Trump's campaign and Moscow. American investigators have said the systems were hacked by Russian agents.

Assange was arrested by British authorities in April and carried out of the Ecuadorian Embassy in London, where he has sheltered for almost seven years to avoid extradition to Sweden, after the country rescinded his political asylum due to "repeated violations to international conventions and daily life."

"Mr. Assange was arrested in relation to a provisional extradition request from the United States of America. He is accused of offences including computer misuse and the unauthorized disclosure of national defence information," a spokesman for the Home Office, Britain's internal security department said in a statement. "We have received the full extradition request."