"The fact that you slipped in 'Nazi' when I never said that is pretty unfortunate," AOC responded on Twitter 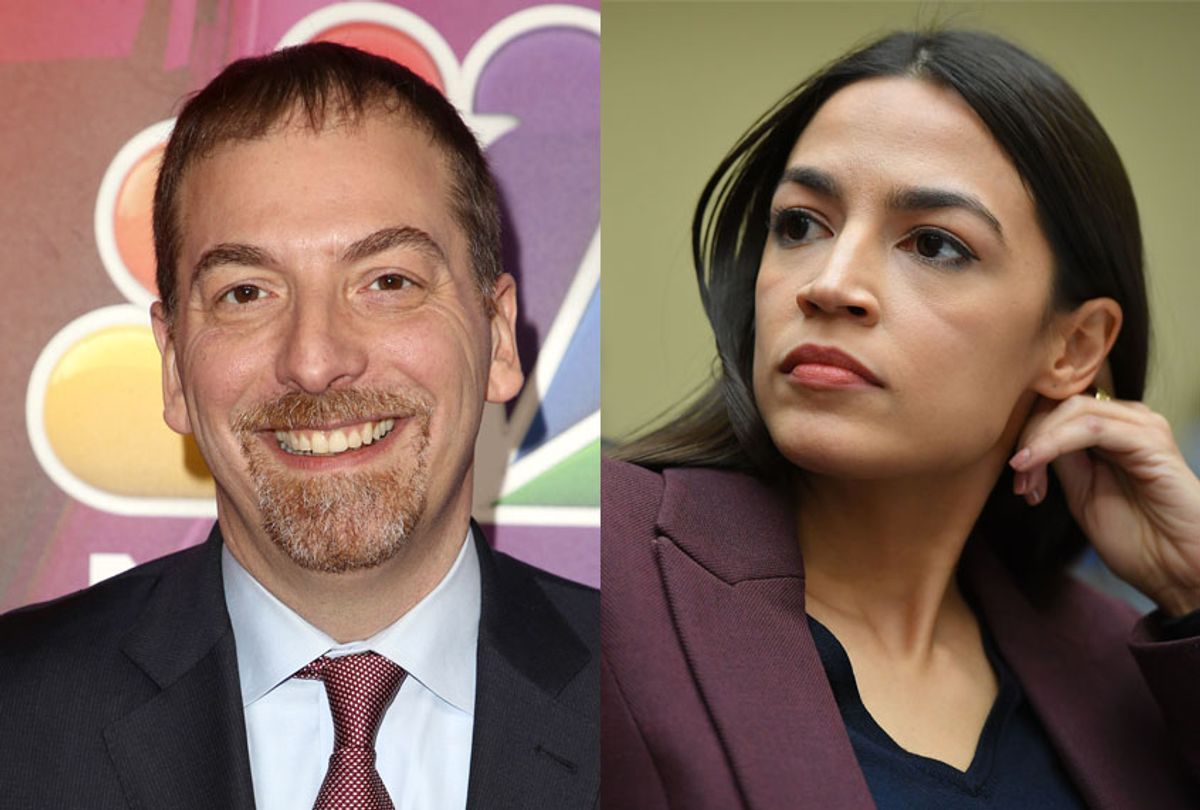 "You can call our government's detention of migrants many things, depending on how you see it," Todd told his viewers on Wednesday night. "It's a stain on our nation, maybe. A necessary evil to others. A way to deal with an untenable situation, perhaps. But do you know what you can't call it? Take a listen."

At that point, Todd tossed to a clip of a recent Instagram Live broadcast by Ocasio-Cortez, in which she said that "the United States is running concentration camps on our southern border, and that is exactly what they are. They are concentration camps."

Todd continued, "After being criticized, Ocasio-Cortez tried to make a distinction between concentrations camps and Nazi death camps, where the industrialized mass slaughter of the Holocaust occurred. Fair enough, but congresswoman tens of thousands were also brutalized, tortured, starved and ultimately died in . . . concentration camps. Camps like Dachau."

"If you want to criticize the shameful treatment of people at our southern border, fine. You'll have plenty of company," the MSNBC anchor added. "But be careful comparing them to Nazi concentration camps, because they are not at all comparable. In the slightest."

Todd then showed a tweet from Rep. Jerrold Nadler, D-N.Y., in which he defended Ocasio-Cortez's use of the phrase "concentration camps," before arguing that both political parties have become so partisan that their members are unwilling to criticize one of their own.

"I have no doubt Alexandria Ocasio-Cortez cares deeply about what's happening at the border," Todd concluded. "But she just did the people there a tremendous disservice by distracting from their plight."

The New York legislator clapped back at Todd on Twitter.

"Well, @chucktodd - the fact that you slipped in 'Nazi' when I never said that is pretty unfortunate," Ocasio-Cortez wrote in her tweet.

She added, "Almost as unfortunate as the fact that you spent this whole time w/o discussing DHS freezers, 'dog pounds,' missing children, & human rights abuses that uphold use of this term."

While Ocasio-Cortez never explicity used the word Nazi, she did invoke a mantra of the Jewish community, "Never again."

"The United States is running concentration camps on our southern border, and that is exactly what they are," Ocasio-Cortez said during the broadcast. "They are concentration camps, and if that doesn’t bother you . . . I want to talk to the people that are concerned enough with humanity to say that we should not ⁠— that ‘never again’ means something. And that the fact that concentration camps are now an institutionalized practice in the ‘Home of the Free’ is extraordinarily disturbing, and we need to do something about it."

"What the Nazis did in the concentration camps, unfortunately, is without any historical [parallel]. It’s a horrible moment in history," the Democratic presidential candidate said.