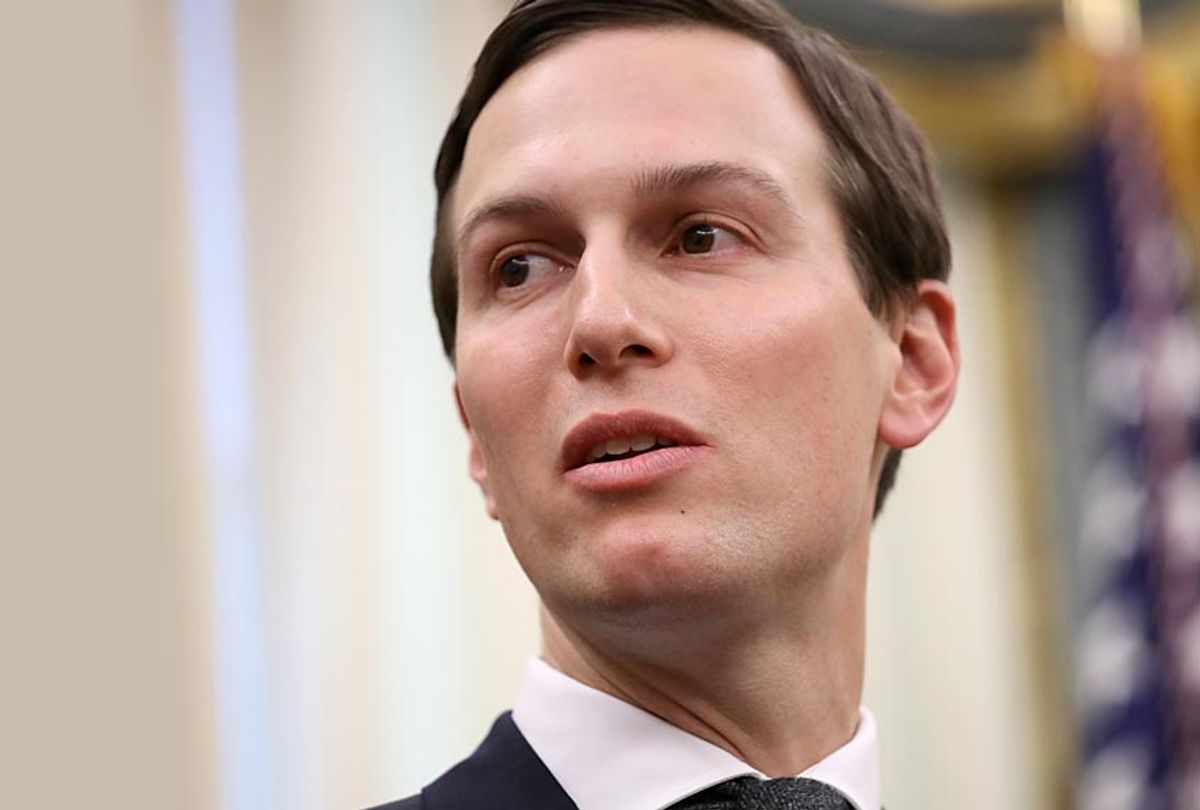 The Department of Justice has opened a criminal investigation into potential money laundering by Deutsche Bank, including transactions linked to White House adviser and Trump son-in-law Jared Kushner.

The investigation apparently centers on why Deutsche Bank officials failed to alert the Treasury Department about potentially suspicious transactions by Kushner’s family and company in 2016, including transactions involving Russian individuals, the New York Times reports.

Reportedly, bank officials did not submit the reports to Treasury, even though its employees prepared "suspicious activity" reports on the Kushner transactions and others. A spokesperson for Kushner Cos., the family's real estate corporation, told the Times that the firm is not under investigation.

The DOJ has already contacted Tammy McFadden, a former anti-money-laundering compliance officer at the bank who told the Times in May that she flagged transactions involving Kushner’s company but that her superiors had declined to file the suspicious activity reports with the federal government.

Some of McFadden’s colleagues had similar experiences in 2017 when they flagged transactions by entities owned by President Trump. It is unclear whether the FBI is investigating the bank’s handling of those transactions, according to the Times' report.

Congressional Democrats have already received some files from Deutsche Bank as they probe the bank’s dealings with Trump. Deutsche Bank was the only mainstream financial institution willing to lend Trump money after a series of high-profile bankruptcies and defaults in the 1990s. The bank lent him more than $2 billion over the last two decades, including $350 million that Trump still owes, the Times reported.

Two House committees have subpoenaed Deutsche Bank for records related to Trump but the president sued to block the bank from turning the files over. A federal judge rejected Trump’s request to block the subpoena and the president's lawyers are currently appealing that ruling.

Deutsche Bank has been under a DOJ investigation since 2015, according to the Times, when agents probed the bank’s role in laundering money for wealthy Russians. The bank was hit with steep fines in both the U.S. and the United Kingdom, but has not faced any criminal charges. The DOJ expanded its investigation last fall.

McFadden told the Times last month that she was fired by Deutsche Bank last year after raising concerns over the bank’s practices and has since filed complaints with the Securities and Exchange Commission and other regulators.

On Wednesday, the watchdog group Citizens for Responsibility and Ethics in Washington (CREW) also called on the Federal Reserve System to investigate whether Deutsche Bank had violated the law by refusing to submit the suspicious activity reports on the Kushner and Trump transactions.

“Deutsche Bank’s careless attitude towards banking compliance laws and failure to police its accounts may now be impacting American government at the highest levels,” said CREW executive director Noah Bookbinder. “Questions about transactions between President Trump and foreign actors whose conduct seemingly warranted suspicious activity reports, potentially facilitated by Deutsche Bank, harms the public legitimacy of the institution of the presidency itself.”