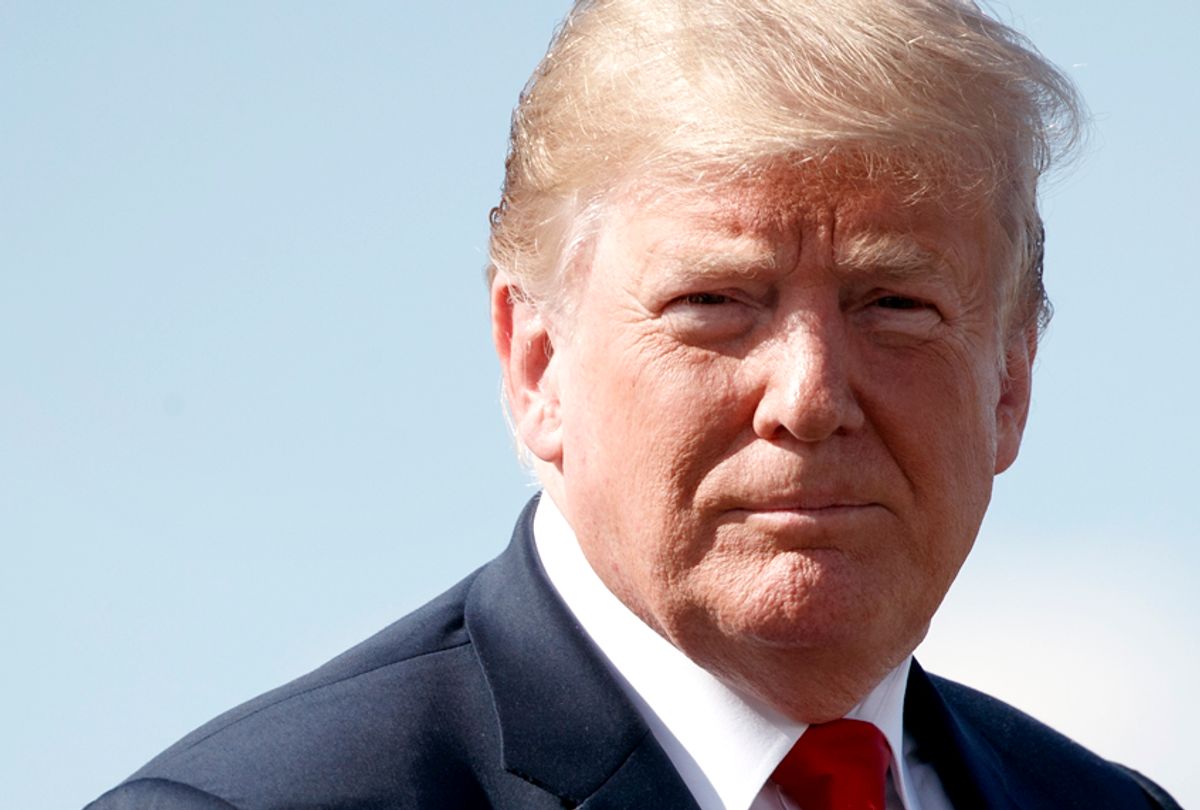 A federal judge in New York ruled Wednesday against a request from President Donald Trump to block Capital One and Deutsche Bank from complying with congressional subpoenas issued by House Democrats seeking to obtain his financial records in their oversight role.

The ruling is the second defeat for the president this week in his quest to stop lawmakers from gaining access to his financial records as part of their numerous wide-ranging investigations into him, his administration, his business dealings and his family.

Earlier Wednesday, Trump lashed out at Democrats for what he claimed were attempts to harass him and undermine his presidency, declaring during an impromptu appearance in the Rose Garden of the White House that he would not continue to work with Democrats in Congress if they proceeded with investigations of his administration.

Earlier this week, a federal judge in Washington ruled that Trump's accounting firm, Mazars USA, could turn over the president's requested tax returns and other financial documents to the House Oversight and Reform Committee. Trump's attorneys appealed that ruling Tuesday to the D.C. Circuit Court of Appeals.

House Speaker Nancy Pelosi told reporters Wednesday that she was "very excited" by the latest rulings.

"We now have two opinions. I think we're going to have more," Cummings said. "Clearly, I think the courts are going to uphold the rule of law."

Following the New York judge's ruling, NBC News reported that TD Bank and Wells Fargo, two of the nine financial institutions  subpoenaed by the House Financial Services Committee for information about their dealings with the Trump Organization, have already complied with the panel's request. The committee, led by Rep. Maxine Waters, D-Calif., has also sent subpoenas to Bank of America, Citigroup, JP Morgan Chase, Morgan Stanley and the Royal Bank of Canada, the latter of which is reportedly in the process of complying with its subpoena.

The two court cases over House subpoenas represent a major and ongoing effort by Trump to prevent Congress from obtaining access to his personal and business records. Lawmakers have also requested Trump's tax returns from the IRS, and Democrats in the House and the Senate are pursuing another court case that could allow them to examine Trump's business records for signs of foreign influence.

In the New York case, the House Financial Services and Intelligence committees requested a cache of Trump family and business records from Capital One and Deutsche Bank last month, claiming they need the records to examine the "potential use of the U.S. financial system for illicit purposes," including the president's financial relationships with foreign powers, such as Russia.

Trump's attorney Patrick Strawbridge claimed that the subpoenas "transgress the limits" of Congress' power of investigation and violate Trump and his family's privacy rights.

The subpoenas were issued to harass the president and "rummage through every aspect of his personal finances, his businesses, and the private information of the president and his family" to cause him political damage, Trump's lawyers wrote in court papers. The president's legal team has vowed to appeal any ruling that does not turn out in their favor.

Lawyers for House Democrats pushed back against those allegations, arguing in court filings that Congress was conducting a "legitimate" investigation that focuses on the entire banking industry, rather than just the president. They argued that Trump and his businesses "have continually engaged in stonewalling intended to obstruct and undermine these inquiries."

Some Democrats have pointed to the latest court victories to argue that launching an impeachment inquiry against Trump is not necessary in order to enforce their oversight abilities, while others have argued it is a sign they will come out on top in other court battles with the administration, such as the push to obtain Trump's tax returns.

Still, Trump's lawyers are likely to appeal the latest ruling and the dispute between lawmakers and the president will likely drag out over the coming months in the courts.