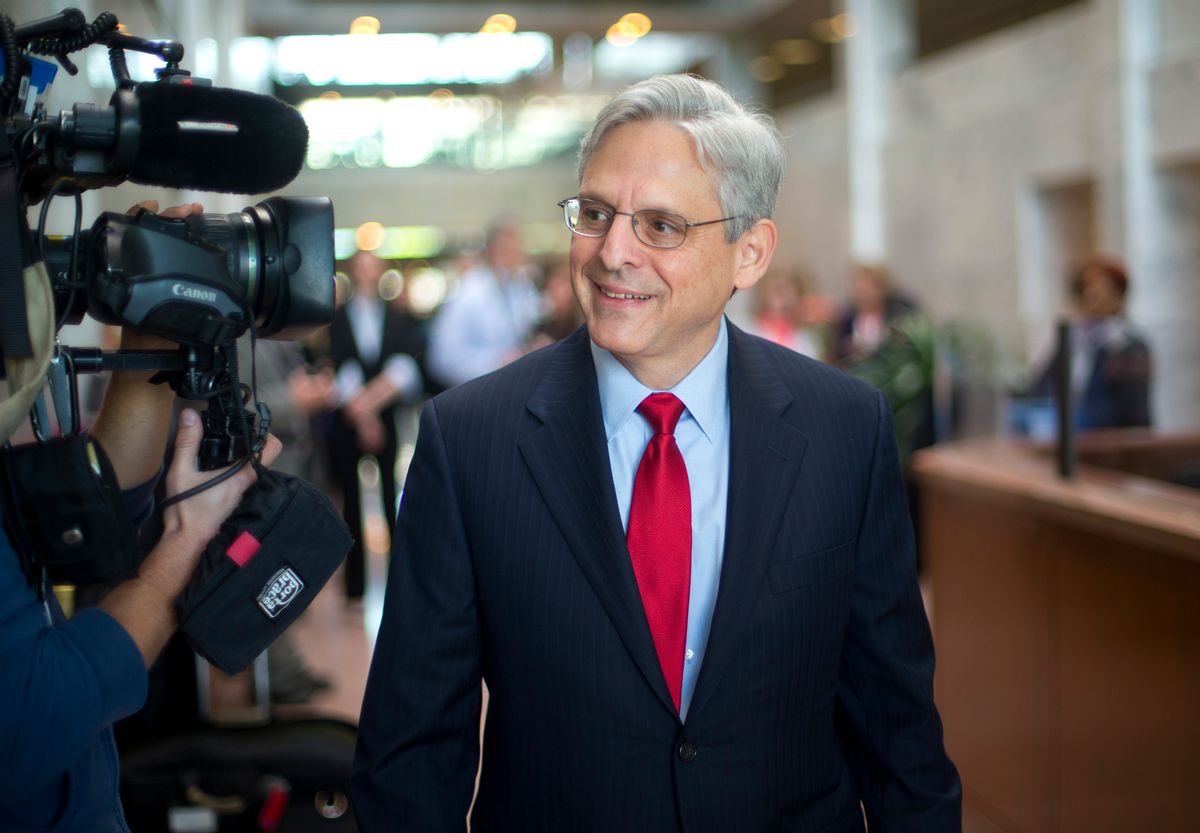 As President Donald Trump continues to fight against a congressional subpoena from House Democrats seeking his financial records, he will now be forced to face the Obama-nominated judge Senate Republicans refused to consider for the Supreme Court.

Merrick Garland currently serves as the chief judge at the D.C. Circuit Court of Appeals, where Trump's legal battle will travel next as the president's lawyers seek to reverse Monday's court ruling in favor of Congress.

Garland was nominated to the Supreme Court by former President Barack Obama in 2016 following the death of Associate Justice Antonin Scalia. Senate Republicans infamously stonewalled Garland's nomination, refusing to consider or even hold a hearing on his appointment until after the presidential election.

After Trump was elected, he quickly nominated conservative judge Neil Gorsuch to the high court instead. Garland resumed his position as chief judge of the D.C. Circuit Court of Appeals, where he has served since 1997.

Garland may now play a role in the upcoming showdown between the White House and House Democrats. While he heads the court, cases are heard "by panels of three judges randomly assigned, so Garland is not certain to hear the appeal (unless the decision is reviewed by the full court)," HuffPost reported. Still, the irony of the situation was not lost on legal analysts and political commentators on social media.

"I wonder who the chief judge is in the circuit where all of the fights between Congress and Trump will play out and whether he cares about partisan norm-busting. Oh that's right.... It's some guy named Merrick Garland," former Justice Department spokesman Matthew Miller tweeted.

Dena Grayson, a former Democratic candidate for Congress, wrote on Twitter: "LOL… guess who serves as the chief judge in the circuit court where the legal appeals between Congress and @realDonaldTrump will be heard? MERRICK Garland, the current Chief Justice of the D.C. Circuit Court of Appeals. #Karma."

Senate Majority Leader Mitch McConnell, R-Ky., in April reignited the debate surrounding Garland's failed nomination to the court when he gleefully signed a T-shirt mocking the judge's failed Supreme Court nomination with the phrase, "Gone but not forgotten."

U.S. District Court Judge Amit Mehta on Monday ruled that Congress was well within its rights to probe Trump's financial records as part of an investigation into potential illegal behavior by a president.

The House Oversight and Reform Committee has requested documents from Mazars USA, an accounting firm used by the president and his entities to prepare financial statements. Trump's legal team said the subpoena for records from Mazars "lacks any legitimate legislative purpose, is an abuse of power and is just another example of overreach by the president's political opponents."

Rep. Elijah Cummings, D-Md., the chairman of the congressional panel, is attempting to obtain ten years of Trump's financial records.

Shortly after Mehta’s ruling, Trump's personal attorney Jay Sekulow said that his team "will be filing a timely notice of appeal to the D.C. Circuit Court of Appeals," according to Politico. Sekulow also called the ruling
"totally wrong" and "ridiculous."

Trump on Monday slammed congressional Democrats for investigating his finances instead of "looking into all of the crimes committed by Crooked Hillary and the phony Russia investigation."

House Democrats are currently conducting investigations on a wide array of issues, including foreign election interference, alleged mismanagement in the White House security clearance procedures, the president's finances and his hardline immigration policies.

Since the Democrats seized control of the House of Representatives in January, the Trump administration has faced a barrage of subpoenas, demands to testify before a host of congressional panels and letters seeking a flurry of documents. However, the administration has often ignored congressional requests for documents and witnesses, claiming that the demands are an unconstitutional infringement on the president's powers. Democrats, meanwhile, have accused the Trump administration of stonewalling or flat-out ignoring their requests for documents and information.