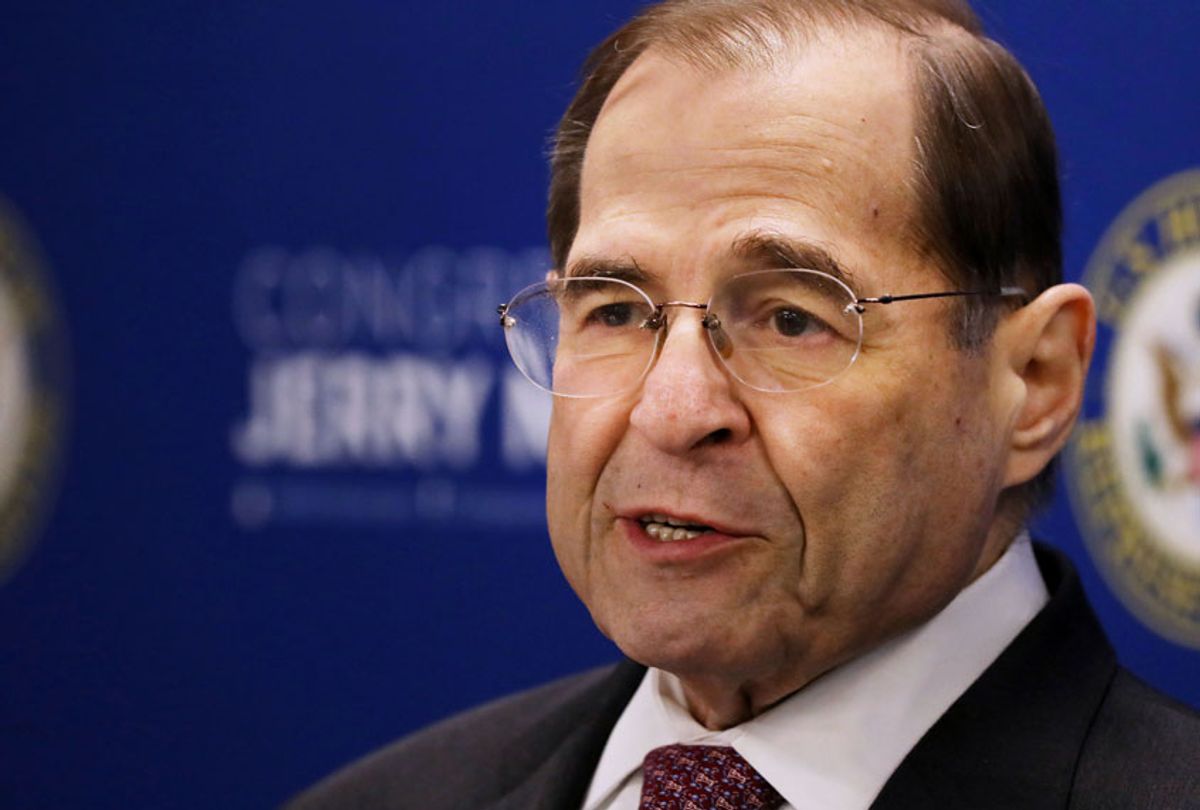 Nadler's idea, which was first reported by Bloomberg News on Wednesday, is an effort to pump gas into his party's numerous wide-ranging investigations into potential conflicts of interests posed by the president and his business dealings, many of which the Trump administration is stonewalling or flat-out ignoring. The news outlet reported the New York Democrat "even mentioned jailing administration officials as a consequence for contempt of Congress, though he surmised such a plan might be unrealistic."

The proposal is "not unprecedented," Bloomberg News noted, pointing out that in the 1800s Congress "passed a resolution to arrest someone who had been accused of attempting to bribe a lawmaker." The Supreme Court reportedly upheld that measure. The legislative branch also "used to hold people found in contempt at a local jail," the news outlet reported.

Since the Democrats seized control of the House of Representatives in January, the Trump administration has faced a barrage of subpoenas, demands to testify before a host of congressional panels and letters requesting documents and information. Earlier this month, House committees demanded an unredacted version of special counsel Robert Mueller's report on Russian interference in the 2016 presidential election, six years of Trump's personal and business tax returns and testimony on alleged mismanagement in the White House security clearance procedures.

The administration has often ignored congressional requests for documents and witnesses, calling the demands an unconstitutional infringement on the president's powers.

The latest delay came late Tuesday, when Treasury Secretary Steven Mnuchin informed House Ways and Means Committee Chairman Richard Neal, D-Mass., that the Treasury and Justice Departments need until May 6 to respond to his "unprecedented" request to obtain Trump's tax returns. Mnuchin argued turning over the documents "threatens the privacy of all taxpayers."

Also on Tuesday, the Washington Post reported the Trump administration plans to fight a subpoena of testimony and documents issued by Nadler, the chairman of the House Judiciary panel, to former White House counsel Don McGahn by "asserting executive privilege over his testimony." Separately, the administration has instructed former White House personnel security director Carl Kline not to comply with a subpoena from the House Oversight Committee, prompting the panel to move to hold the former executive branch aide in contempt of Congress.

Trump, for his part, has argued the Democrats' oversight demands are politically motivated.

"There is no reason to go any further, and especially in Congress where it's very partisan — obviously very partisan," he told the Washington Post in an interview Tuesday.

The Trump administration's attempt to push back against congressional inquiries targeting the White House have led some Democrats, like Nadler, to contemplate new ways to compel current and former West Wing aides to acquiesce to their demands.