Researchers say 8 hours of work a week is enough to feel fulfilled. So why won't hustle culture die?

We need only 8 hours of work a week to feel useful and happy. This is bad news for Americans 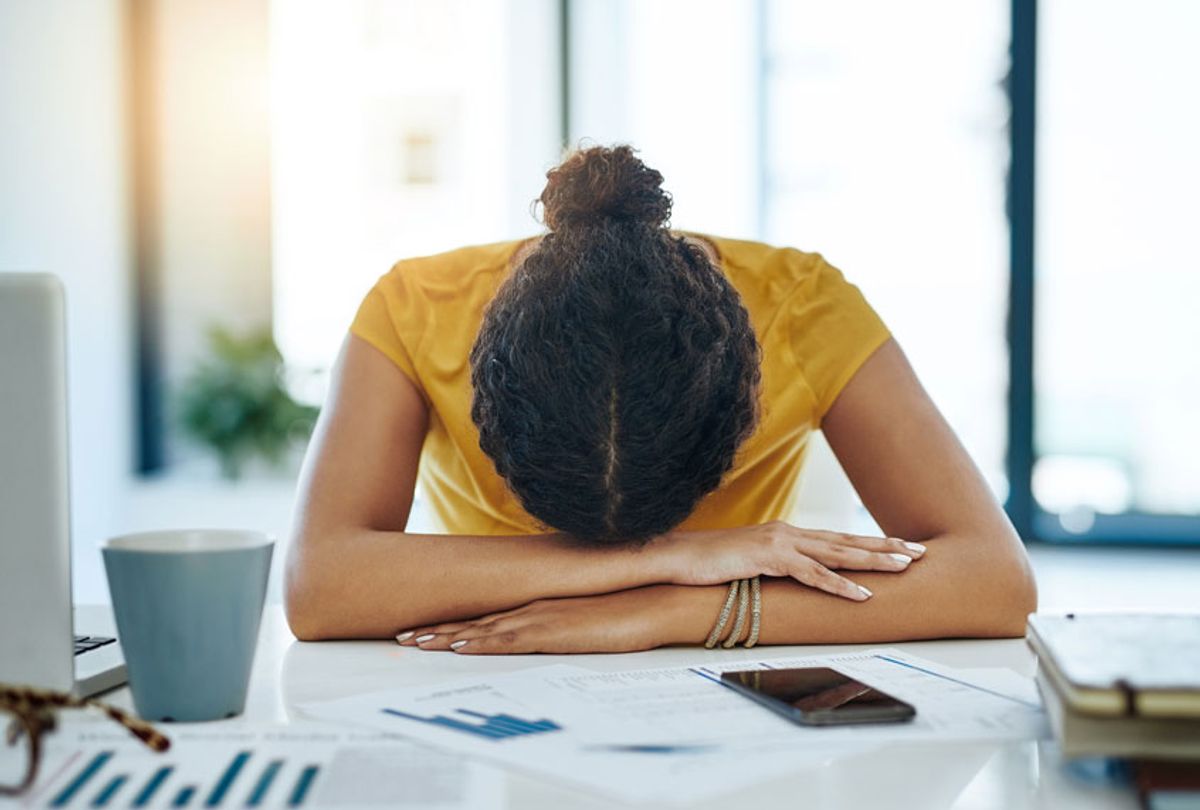 A new study, which found that eight hours of work is all that humans need to be happy, is riling up the commentariat. Indeed, the findings reaffirm what many liberals, leftists and universal basic income advocates believe about work: namely, that we should all be doing less of it, and that if we did, we would be just as happy and more likely happier.

The study, from University of Salford and University of Cambridge researchers, published in the journal Social Science and Medicine, was specifically motivated by the belief that automation and technology may sharply reduce the number of jobs that exist in the future. “There are predictions that in the future rapid technological development could result in a significant shortage of paid work,” the researchers write in the abstract. “In this context, two important research questions that have not been asked so far are: what is the minimum amount of paid employment needed to deliver some or all of the well-being and mental health benefits that employment has been shown to bring? And what is the optimum number of working hours at which the mental health of workers is at its highest?”

The answer to both questions, it turns out, is quite low. “This study found that even a small number of working hours (between one and 8 [hours] a week) generates significant mental health and well-being benefits for previously unemployed or economically inactive individuals,” they write. Moreover, “the findings suggest there is no single optimum number of working hours at which well-being and mental health are at their highest — for most groups of workers there was little variation in wellbeing between the lowest (1–8 [hours]) through to the highest (44–48 [hours]) category of working hours.”

In other words, eight hours of weekly work is enough to feel good about oneself and one’s life.

This is bad news for Americans, who by any metric work far too much, and have culturally absorbed the sophistic right-wing mantra that hard work is a virtue that leads to happiness and wealth — which is also, by any metric, untrue. In the European Union, where most nation-states have universal healthcare systems, free university educations and far more vacation hours per year, workers are, unsurprisingly, happier — and also, income inequality is far lower. These facts are not unrelated.

One of the downsides of living in a developed nation with a minimal social welfare state, like the U.S., is that one’s ability to survive is tied to one’s job. Want to retire well someday? You can’t do that unless you work full-time for decades. Want healthcare? The good plans are tied to employment. Want to pay the rent? Housing isn’t a right anymore, so you’re S.O.L. unless you have a job. Our relationship with work in the United States is tainted by the fact that it is intrinsic to survival, unless you have a rather large inheritance or trust fund.

Scholar Noam Chomsky has pointed out how the transition to industrial capitalism changed the way that people conceived of work and changed working-class culture. He explicated on this in an interview with Chris Hedges in 2014, which is so revelatory as to be worth reproducing in its entirety:

We can draw many very good lessons from the early period of the Industrial Revolution. It was, of course, earlier in England, but let's take here in the United States. The Industrial Revolution took off right around here, eastern Massachusetts, mid 19th century. This was a period when independent farmers were being driven into the industrial system–men and women, incidentally, women from the farms, so-called factory girls–and they bitterly resented it. It was a period of a very free press, the most in the history of the country. There was a wide variety of journals, ethnic, labor, or others. And when you read them, they're pretty fascinating.

The people driven into the industrial system regarded it as an attack on their personal dignity, on their rights as human beings. They were free human beings who were being forced into what they called wage slavery, which they regarded as not very different from chattel slavery. In fact, this was such a popular view that it was actually a slogan of the Republican Party, that the only difference between working for a wage and being a slave is that working for a wage is supposedly temporary–pretty soon you'll be free. Other than that, they're not different.

And they bitterly resented the fact that the industrial system was even taking away their rich cultural life. And the cultural life was rich. You know, there are by now studies of the British working class and the American working class, and they were part of high culture of the day. Actually, I remembered this as late as the 1930s with my own family, you know, sort of unemployed working-class, and they said, this is being taken away from us, we're being forced to be something like slaves. They argued that if you're, say, a journeyman, a craftsman, and you sell your product, you're selling what you produced. If you're a wage earner, you're selling yourself, which is deeply offensive. They condemned what they called the new spirit of the age: gain wealth, forgetting all but self. Sounds familiar.

As Chomsky notes, it wasn’t that long ago — a bit more than a hundred years — that work in industrial capitalism, like factory labor, wasn’t considered “good” for you at all. Imagine the transition from rural farm life to wage slavery, and how bad it might feel having someone else at the top sell the things you made with your own labor rather than managing and selling them yourself. The idea that mindless work is bad for you isn’t necessarily a new idea.

But culture, of course, is fluid, and as it is generally shaped by the economic system under which it is created, culture can be bent and warped to reflect that economic system’s whims, to make sure that said system reproduces. I have often wondered if all of the late 20th and early 21st century songs that invoke hustle culture are a collective unconscious reflection of the id of this iteration of capitalism. Rick Ross’ “Hustlin’” — the chorus consists of the repetition the phrase “Every day I’m hustlin’” at least 50 times — came out in 2006; it seems to have predicted the evolution of labor under the gig economy, where workers must constantly hustle to eke out a living between different app-based gigs. Recently, we’ve been bombarded with yet more songs with dystopian variations on “work! work!” for choruses: there’s Rihanna and Drake’s “Work” (2016) and Missy Elliott’s “Work It” (2002, an early entrant in the category of work-as-a-metaphor songs). More recently, Fifth Harmony and Ty Dolla $ign’s “Work From Home” (2016) was symbolic of the growing employment trend of telecommuting. Indeed, CNBC reported that in 2018, 70% of professionals globally worked from home at least one day a week — more evidence that pop music is a zeitgeist.

This musical interlude is all to say that the narrative about work, and the virtues of it, have changed with time. How much work makes us feel fulfilled is culturally determined; back in the late 19th century, people who owned their own labor were resistant to transitioning to someone else owning their labor. Now, the idea that we have to hustle all the time — a message that benefits the ruling class more than anyone — is perpetuated in song and story. That doesn’t mean hustle culture is good for us, though, as the Cambridge/Salford study — and other studies on work and happiness — show.