Climate change, gun policy and abortion are top issues for Democratic voters ahead of first debate

U.S. tensions with Iran and North Korea and trade sanctions on China and Mexico take a backseat 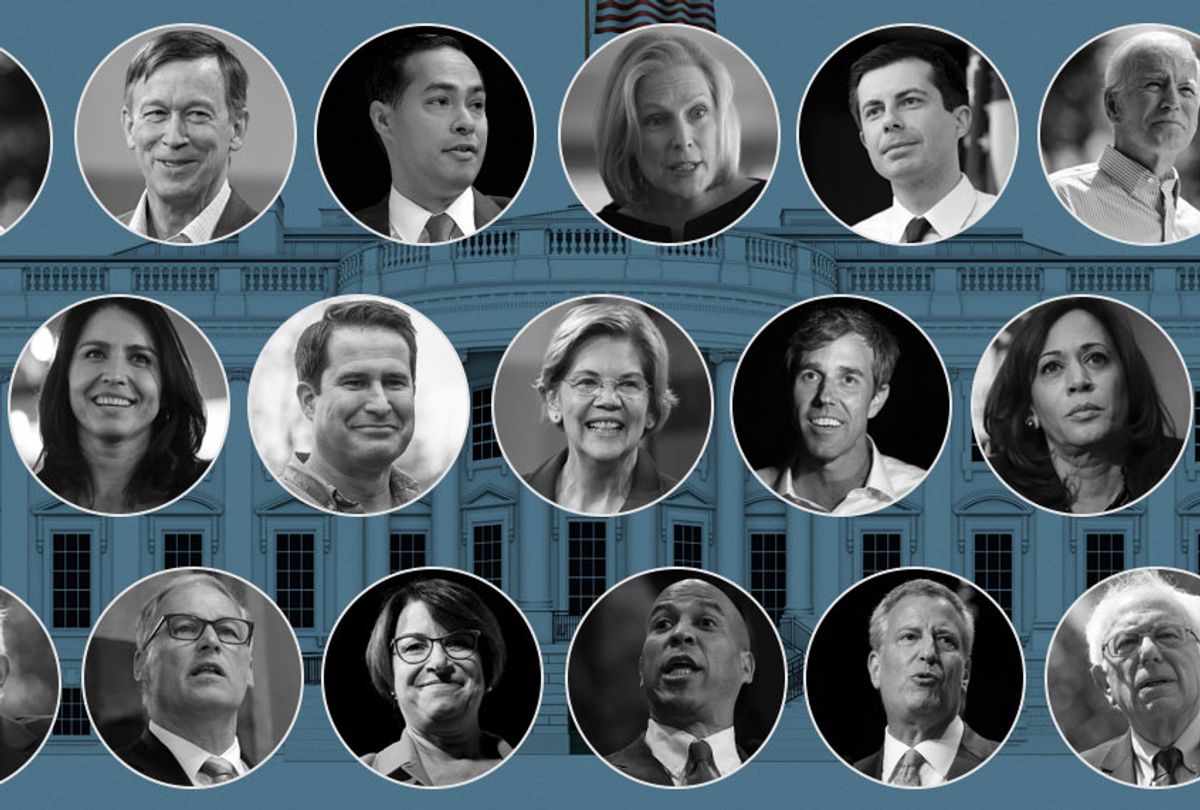 As 20 of the Democratic presidential contenders prepare to take the stage on Wednesday and Thursday for the party's first primary debates of the 2020 race, a new survey finds that three items — climate change, gun policy and a wave of restrictive abortion legislation — rank at the top of Democratic voters' wish lists of discussion topics for the first televised debates.

The poll, conducted by Morning Consult/Politico, reveals roughly 3-in-5 Democrats believe it is "very important" that candidates discuss the aforementioned topics, while U.S. tensions with Iran and North Korea, as well as trade sanctions on China and Mexico, are less important issues for voters. Of those foreign policy issues, relations with Iran comes out on top at 47 percent, while North Korea, China and Mexico hovered in the 30 percent range.

Climate change, which many voters want to serve as the sole topic for a single debate, takes center stage at 63 percent, followed by gun policy at 62 percent and the wave of restrictive abortion bills across the country at 60 percent.

Democratic voters indicate they do not want the debate to focus around President Donald Trump, at least not entirely — 44 percent of respondents said they think it is "very important" that he comes up as a topic of discussion at some point.

The topic of reparations for slavery, which has emerged as a top issue in the 2020 campaign, rates at the bottom of listed topics, with 25 percent of respondents saying it is a "very important" topic of discussion. The same amount of voters want to hear the candidates discuss Trump's proposed "wall" along the U.S.-Mexico border, although more than half of respondents — 53 percent — say it is important for the candidates to discuss immigration more broadly.

The poll indicates that Democratic men and women have similar preferences in regards to the topics they want to see the candidates discuss, although women are 10 percent more likely to treat the issue as more important — 67 percent to 57 percent — the party's only double-digit gender gap on the 17 topics surveyed.

Voters will hear candidates this week at the debate, which will be held on two consecutive nights to accommodate the historically large field of presidential hopefuls. Ten candidates will take the stage for each two-hour debates on June 26 and June 27.

The first group of 10 appearing on June 26, in alphabetical order, are:

The second group of 10 appearing on June 27, in alphabetical order, are: