"Some people say that if maybe that system was not rigged against me, I would have won the nomination" 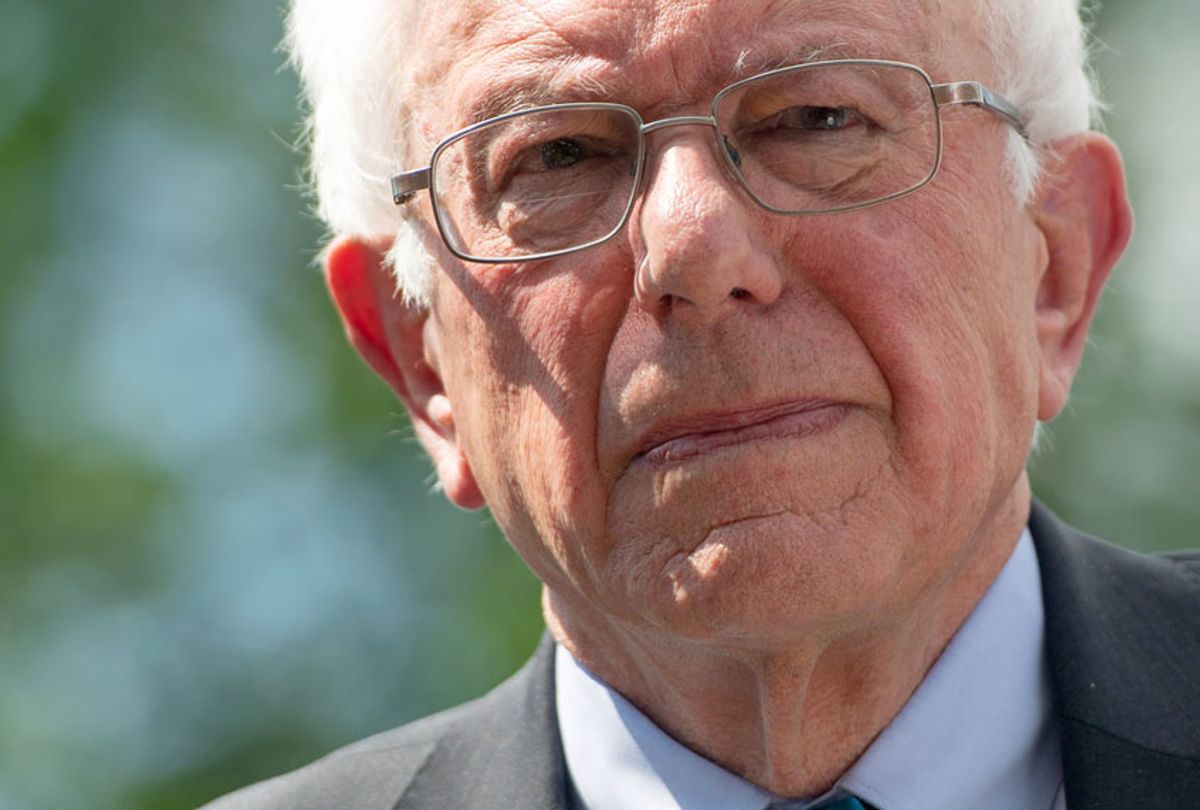 Sen. Bernie Sanders, I-Vt., avoided directly answering a question about whether he would drop out prior to the Democratic National Convention if it became obvious he would not win the nomination during an interview with MSNBC.

"If it's clear that you are not going to be the Democratic nominee, will you leave the race before the convention?" Kasie Hunt asked Sanders

"I intend to be the Democratic nominee," the Vermont senator replied.

After it was pointed out that he was accused of hurting Hillary Clinton's candidacy in 2016 by staying in the nominating contest even after it was mathematically impossible for him to clinch the nomination, he said, "Some people say that if maybe that system was not rigged against me, I would have won the nomination and defeated Donald Trump. That's what some people say, so I think we're going to play it out. I think I am excited . . . I am excited."

Sanders was then asked if there was a risk that staying in the race would give President Donald Trump an advantage.

After asking Hunt if she had posed that question to every candidate, Sanders said, "Well, right now we are planning to win the Democratic nomination."

"And are proud of the campaigns we are running in Iowa and New Hampshire, and are proud of our grassroots support and the fact that we have a million volunteers. So our goal right now is to win it," he continued "And, by the way, as you may know, poll after poll shows what against Trump? Shows me beating Trump by eight, nine or ten points. We're going to beat Trump. We're going to win the Democratic nomination."

Sanders has previously alleged that he was treated unfairly during the 2016 Democratic primaries with, among other examples, how there were few debates scheduled, and the debates were structured in a way that seemed to give Clinton an advantage. Last year, Salon spoke with Gov. Martin O'Malley, who along with Clinton and Sanders was one of the final three Democrats running in 2016, for his views.

"They didn’t have that complaint when the debates were delayed, because it actually worked for both Sen. Sanders and Hillary Clinton to be the only two," O'Malley told Salon. "They kinda liked it that way. We heard those complaints from Sen. Sanders only after the primary schedule started to roll out. Initially, I was unable — though we asked [Sanders] and asked his campaign, to get him to join me in calling for an earlier debate schedule and more debates. I’m sure they made a tactical decision that it wasn’t in their best interest to do that."

He added, "Had he joined us, we would have had more debates. I’ll leave it to you to imagine what might have happened differently if the Democratic Party were on the air answering Donald Trump during his rise in the Republican debates, rather than remaining silent. I think the common thread [in both parties] is that it really did become so much more driven by ratings than we’ve ever had before."