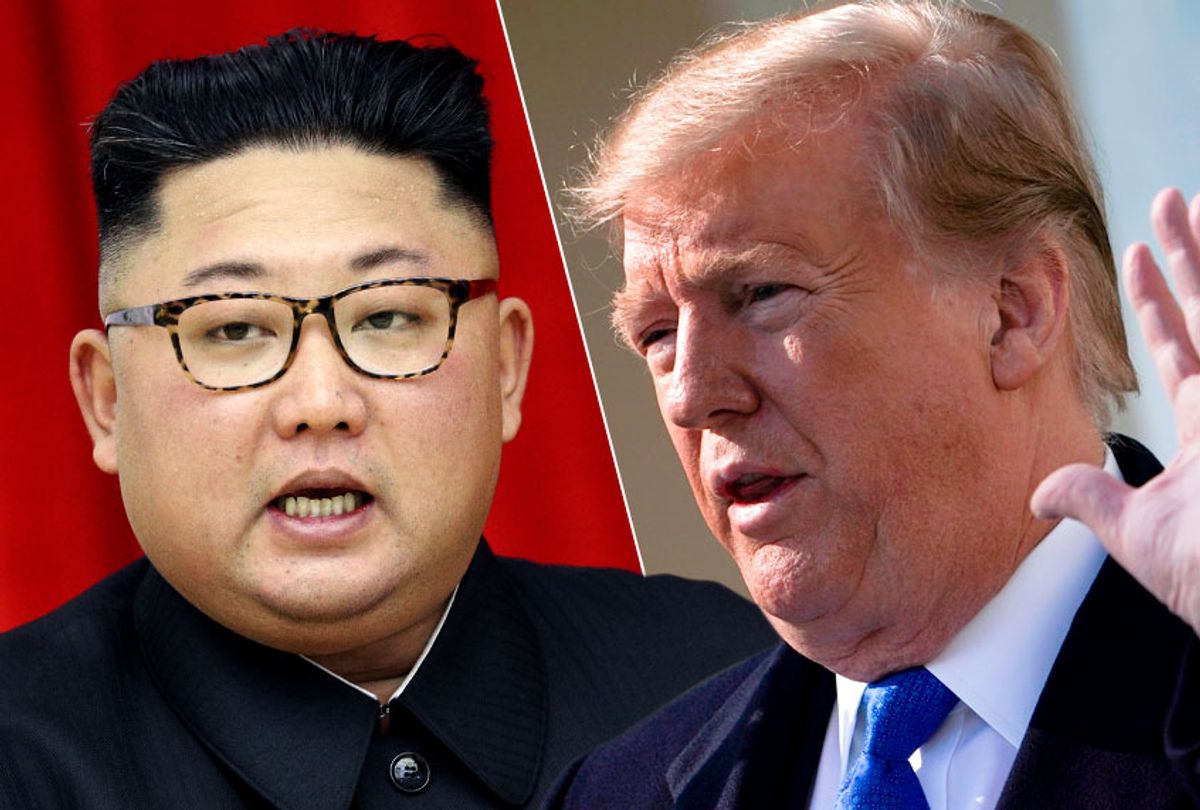 On Sunday President Donald Trump became the first sitting president to set foot in North Korea — and, before he completed his meeting with North Korean Supreme Leader Kim Jong-un, made it clear that he plans on resuming talks with that country.

At 3:46 PM according to local time, Trump crossed a low concrete marker and walked 20 steps to the base of a building on North Korean soil to meet Kim for an encounter that was broadcast on televisions throughout the world, according to The New York Times. He walked 20 steps in order to do so and in the process broke a longstanding precedent in which sitting American presidents did not set foot on North Korean soil.

"It is good to see you again. I never expected to meet you in this place," Kim told Trump through his interpreter. The president replied, "Big moment, big moment."

After briefly talking with each other and reporters, the two men retreated into Freedom House in the community of Panmunjom, informally known as the "truce village" because of its proximity to the border between the two nations and because it is where the American-led United Nations forces signed a peace treaty with the Chinese-led North Korean forces to end the Korean War in 1953.

During their interactions with reporters, Kim said that Trump's setting foot on North Korean soil and meeting with him "has a lot of significance because it means that we want to bring an end to the unpleasant past and try to create a new future, so it’s a very courageous and determined act."

Trump added that "stepping across that line was a great honor. A lot of progress has been made, a lot of friendships have been made and this has been in particular a great friendship." The two men agreed that there would be future talks between them.

"Well let me say, every administration that I’ve read about since the end of World War II has had a very difficult relationship with North Korea," Albright told Salon. "There’s no question about it. And then also since the Korean War — for which we do not have a peace treaty — there are issues where we have had not relationships with North Korea, and we have no embassy in North Korea. We do know that they have a nuclear capability and missiles. So those are the problems."

She added, "I do think that many administrations — including the one that I was in, and I was the highest-level sitting official to have met with the North Koreans until the present administration — is that they are not easy to deal with, and they are threatening, so I am concerned about the following things: First of all, at the beginning of the Trump administration, there was a lot of 'fire and fury' talk and threats and things like that, which I thought were counterproductive. I do believe in diplomacy. But I also do believe in prepared diplomacy. I was asked whether the Singapore summit was a win-win or a 'Kim win.' It was a 'Kim win' because the President canceled some exercises that we have with our allies, the Japanese and the South Koreans, and it’s unclear to me what the North Koreans gave or what it is that they put up to this, especially since they have not agreed to any kind of way of an inventory or international way of figuring out what they have and what denuclearization — which is what we are trying to get — what is the measurement of that, what’s going on."