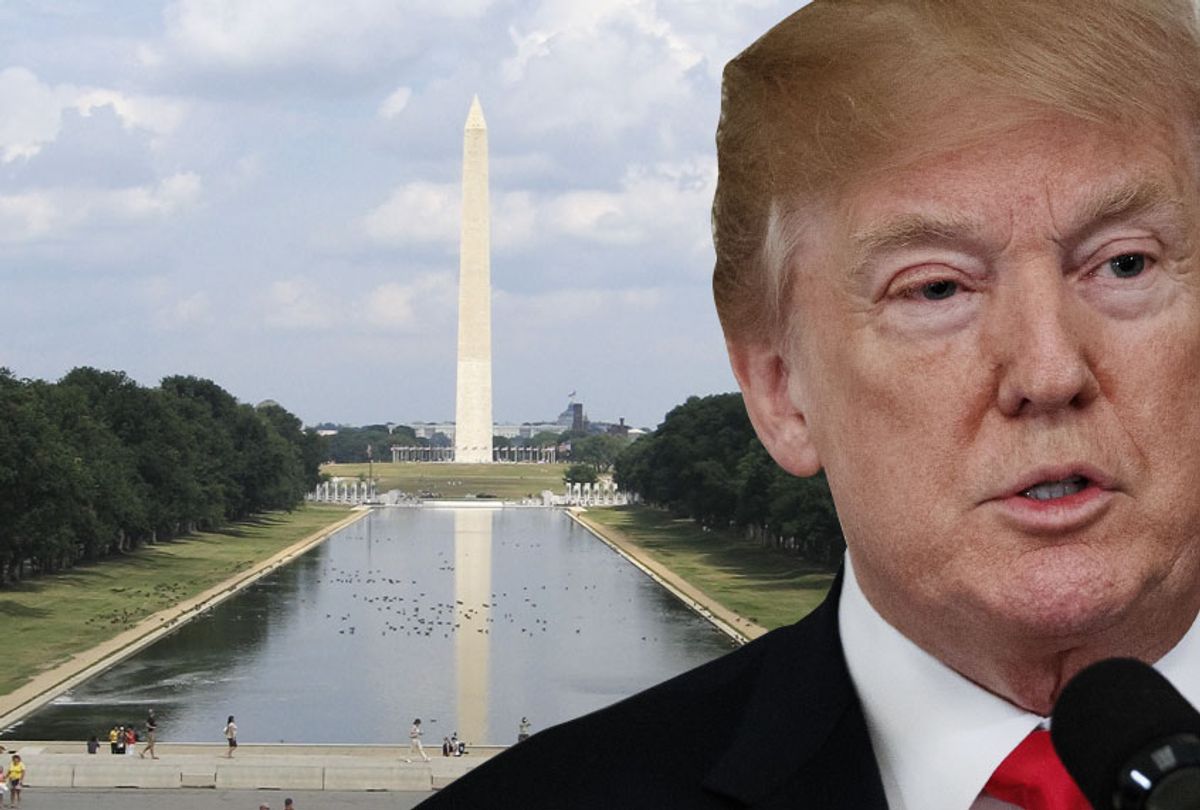 President Donald Trump is reportedly diverginf $2.5 million from the National Park Service's funds in order to help pay for his "Salute to America" celebration on the Fourth of July.

The National Park Service will use $2.5 million worth of entrance and recreation fees to cover costs for Trump's upcoming "Salute to America" celebration, according to the Washington Post. Although officials from the Trump administration have refused to say how much taxpayers will spend on his revamped version of the annual nonpartisan celebration, two individuals familiar with how the arrangements are being made confirmed that Park Service funds which would normally be used to improve parks throughout the country would instead be spent on Trump's event.

In addition to raising questions about whether this is a frugal use of taxpayer money, the decision is also controversial, because the Republican National Committee and Trump's 2020 reelection campaign are distributing passes to VIPs to the event.

"We’ve never seen anything like this. No ticketed political event should be paid for with taxpayer dollars," Sen. Tom Udall, D-N.M., and the top Democrat on the Senate Appropriations subcommittee on the interior, environment and related agencies, told the Post.

This is not the only controversy to surround Trump's "Salute to America." The president, who has been impressed with military pageants and determined to associate one with his political brand since visiting a Bastille Day event in 2017, reportedly asked that massive military tanks and other armored vehicles be stationed on the National Mall during his Fourth of July address. Because this would include some vehicles that weigh 60 tons or more, there is a risk that using them could damage Washington's roads, a concern that has not been effectively addressed by the administration. The event is also expected to flyovers by military aircraft, with the president himself requesting a F-35 stealth fighter and Marine Helicopter Squadron One.

In a statement, Interior Secretary David Bernhardt said, "This is going to be a fantastic Fourth of July with increased access across the National Mall for the public to enjoy music, flyovers, a spectacular fireworks display and an address by our commander-in-chief."

He added, "We received an extraordinary donation for a phenomenal fireworks display, and our colleagues from the Department of Defense will be providing a one-of-a-kind music and air power experience including a flight demonstration from the Blue Angels."

By contrast, Robert Weissman, president of Public Citizen, told HuffPost, "This partisan appropriation of a public event is consistent with the record of an administration that has no regard for lines between personal or partisan interests and its public obligations."

The celebration on the Fourth of July will mark the 243rd anniversary of the U.S. breaking free from the British Empire and becoming its own nation.