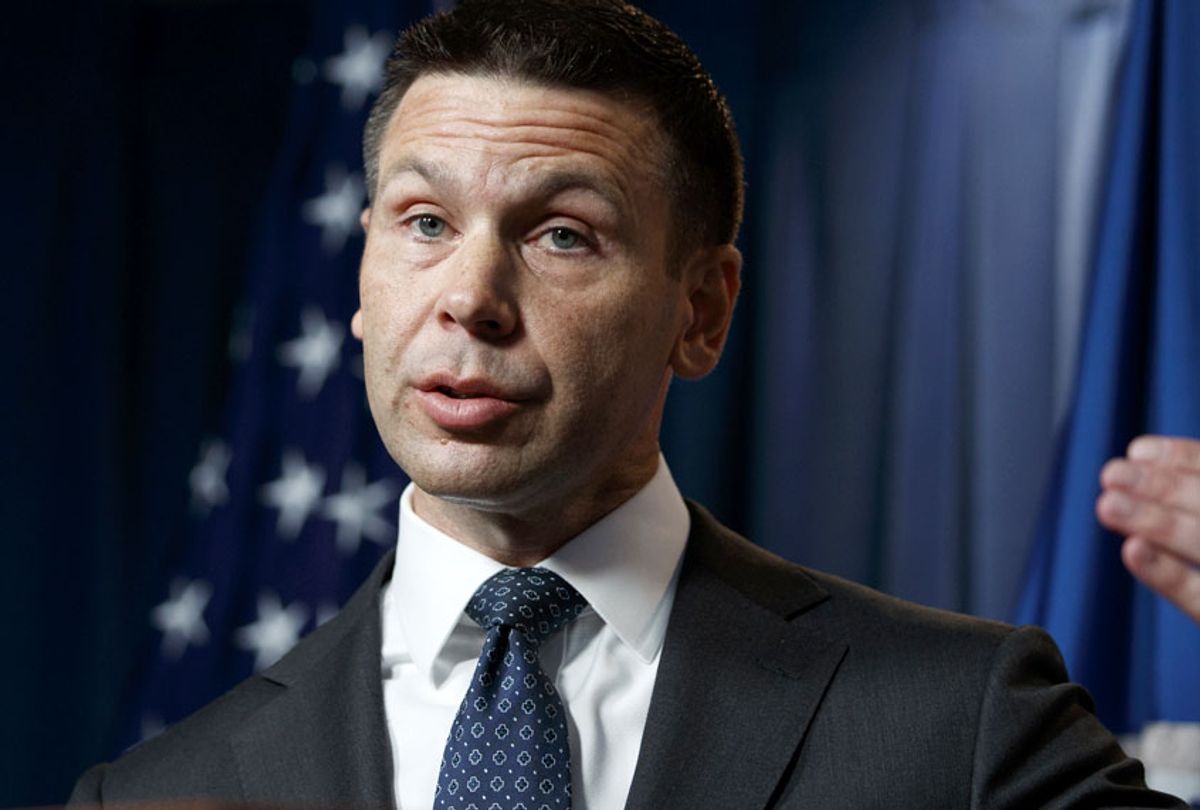 "Reporting this week highlighted disturbing & inexcusable social media activity that allegedly includes active Border Patrol personnel," McAleenan wrote on Twitter. "These statements are completely unacceptable, especially if made by those sworn to uphold the @DHSgov mission, our values & standards of conduct."

He added in a second tweet, "I have directed an immediate investigation, and as the @USBPChief has made clear, any employee found to have compromised the public’s trust in our law enforcement mission will be held accountable. They do not represent the men and women of the Border Patrol or @DHSgov."

One border patrol agent spoke to CNN about the Facebook group and argued that it was symptomatic of a broader culture in the agency, which demeans human life.

"He was making fun of them," the agent told CNN regarding a comment mocking dead migrants. "That — what difference does it make? It's just another life. He made a comment also regarding running over illegals and I'm like, 'You cannot run over people.'"

Other comments on the controversial page include a patrol supervisor writing "f*ck the hoes," while another said "there should be no photo ops for these scum buckets"; a member saying he would throw a burrito at "these bitches," in reference to visiting members of the Congressional Hispanic Caucus; a doctored photograph to make it look like Rep. Alexandria Ocasio-Cortez, D-N.Y., was being forced to perform oral sex on Trump; and a reference to the bodies of migrants found floating in a river trying to enter the U.S. as "floaters."

When visiting the facilities earlier this week, Ocasio-Cortez described squalid living conditions that included “people drinking out of toilets” and being subjected to “psychological warfare.”

In a tweet posted on Monday, she wrote that she had "just left the 1st CBP facility. I see why CBP officers were being so physically &sexually threatening towards me. Officers were keeping women in cells w/ no water & had told them to drink out of the toilets. This was them on their GOOD behavior in front of members of Congress."

She added, "Now I’ve seen the inside of these facilities. It’s not just the kids. It’s everyone. People drinking out of toilets, officers laughing in front of members Congress. I brought it up to their superiors. They said 'officers are under stress & act out sometimes.' No accountability."

This was followed by a two-tweet thread in which Ocasio-Cortez wrote, "After I forced myself into a cell w/ women&began speaking to them, one of them described their treatment at the hands of officers as 'psychological warfare' - waking them at odd hours for no reason, calling them wh*res, etc. Tell me what about that is due to a 'lack of funding?'"

She then added, "Now I’m on my way to Clint, where the Trump admin was denying children toothpaste and soap. This has been horrifying so far. It is hard to understate the enormity of the problem. We’re talking systemic cruelty w/ a dehumanizing culture that treats them like animals."