"I wasn't prepared for the person coming after me the way she came after me," Biden said of Harris 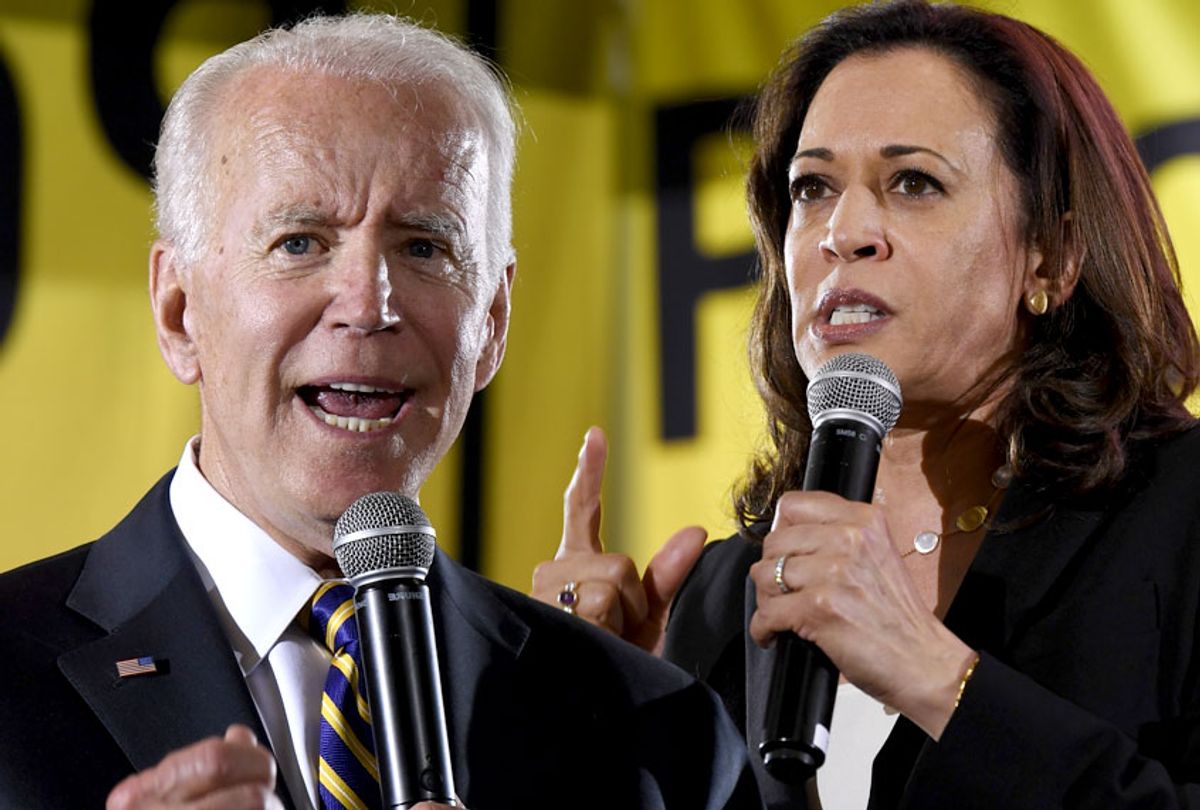 Former Vice President Joe Biden defended his civil rights record and his performance last week at the first Democratic presidential debate, claiming he was not prepared for the way in which Sen. Kamala Harris, D-Calif., confronted him on the issue of race on stage.

"She knew Beau. She knows me," the presidential frontrunner said, referring to his late son, Beau Biden, who worked as a state attorney general like Harris.

Harris, a former prosecutor, confronted Biden over his civil rights record, as well as remarks the former vice president made last month about his "civil" working relationship with segregationist senators in the 1970s.

She also criticized Biden's past opposition to a federal busing policy which provided transportation for black students to local schools attended by mostly white students before describing the experience of "a little girl in California" who traveled across districts as part of the second class of students bused to integrate the public schools in her county.

The confrontation between Biden and Harris defined the second night of the first primary debates, which spanned two consecutive nights to make room for the top 20 candidates in the Democratic primary field. The freshman senator's breakout performance was widely lauded, boosting her in post-debate polls — sometimes by double-digits — at the expense of Biden, who saw his lead over the pack of presidential hopefuls shrink substantially.

In his interview with CNN, Biden said his decades-old opposition to federally mandated busing was "taken out of context" by Harris during the June 27 debate. He sought to defend his position on the policy, reiterating his position that he was supportive of voluntary school busing and court-ordered busing mandates, but that he opposed busing when it was mandated by "unelected" officials.

The former vice president expressed frustration that the debate was so focused on former policies instead of current issues. He said he would refrain from attacking his opponents over their past positions, because he does not want the debates to focus on the past.

"I get all this information about other people's past, and what they've done and not done. And, you know, I am just not going to go there," Biden said. "If we keep doing that — that's, I mean, we should be debating what we do from here."

He went on to say that the clash between Harris and him over busing centered on the question, "How do you equalize education in every area?" and added that he has "put forward the most aggressive plan" on that front. Biden said he wants to triple funding for low-income schools and make preschool accessible from the age of three.

"Every child out there is capable, but they're living in circumstances that make it difficult," he said. "So what are we doing? We're sitting around here as if it's an insoluble problem."

Biden, however, never made that argument during the debate. He appeared defensive and shaky on stage as he emphasized the importance of focusing on the future only to keep getting dragged for positions he held during his long tenure in the Senate. And even when he attempted to take a more combative approach — as he defended his record on race after Harris'  most pointed and personal jabs — he faltered.

"Anway, my time is up," Biden concluded, voluntarily ceding his time to the waiting moderator.

Asked by CNN why he did not push back against the criticisms as aggressively as he is now, Biden said, "What I didn't want to do was get into that scrum. Do you think the American public looked at the debate — take me out of it — and thought, boy, I really liked the way it's being conducted?"

Pressed about his ability to take on Trump in a hypothetical general election matchup following his bruising debate performance, Biden sought to dispel any concerns.