The boldest "Pose" episode yet: This shocking turn affirms the show's genius

Spoilers ahead! This haunting new episode is a showcase for Ryan Murphy's signature treatment of death and drama 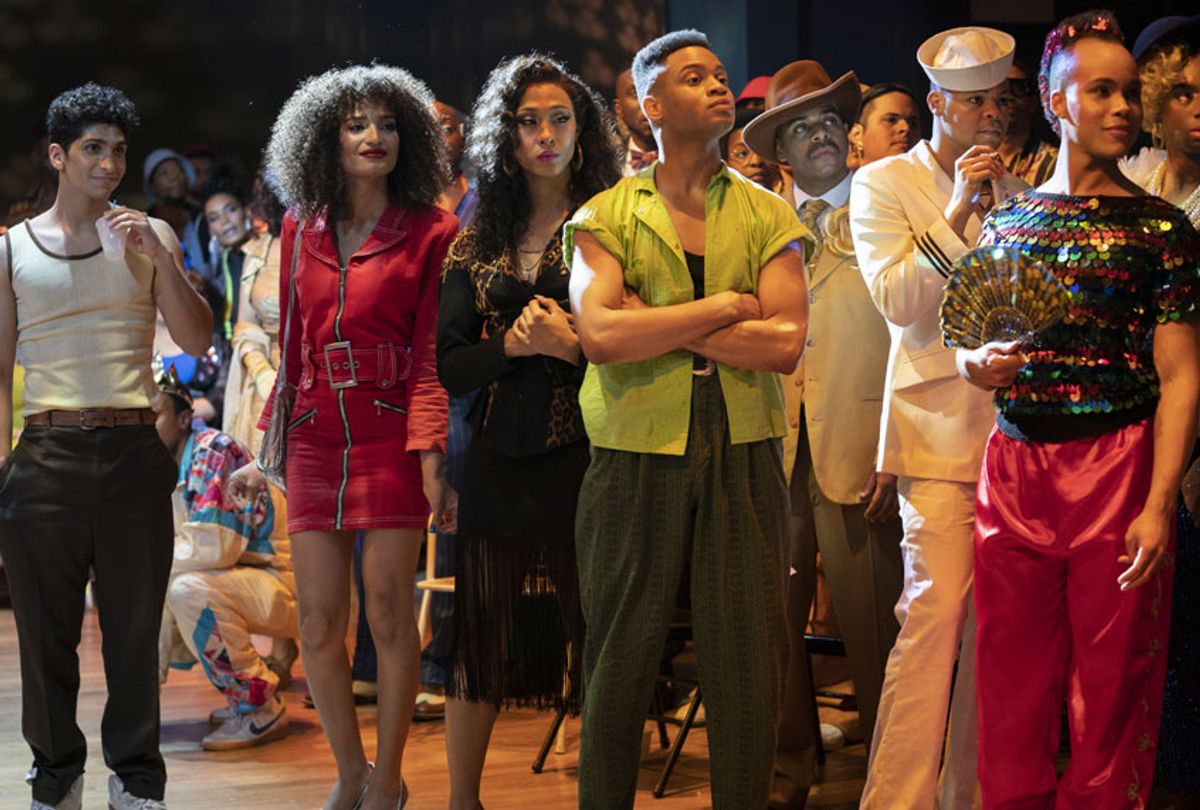 Is there any contemporary American storyteller who blends shock and sentiment as enthusiastically Ryan Murphy? Tuesday's haunting new episode of "Pose" was yet another a turning point for the series, a Hallmark card in a horror show.

The threat of alarmingly sudden violence hangs in the air of nearly every Murphy-driven production like mid-July humidity — I still haven't shaken off some of the straight-up bananas knife work that "Nip/Tuck" pulled off over a decade ago. Yet also ever present in Murphy's shows, from "Glee" to "American Horror Story," is a deeply uncynical celebration of love and family, and of the mother and child bond in particular. "Pose" has in many ways been a culmination of that unique mix of life and death, terror and joy, this time played out in the Harlem ballroom scene of the late '80s and early '90s. In the glamor of the competitions. In a murder in a seedy motel.

The death of Candy Ferocity (Angelica Ross), the brash, confrontational thorn in emcee Pray Tell's (the flawless Billy Porter) side, comes as a devastating bit of midseason misdirection. Season 2 has been pointedly focused on the AIDS crisis, and the period when groups like ACT UP were gaining political clout as promising drug treatments were beginning to emerge. But AIDS was never the only, or even necessarily the greatest, threat to the trans community.

"You had to be more careful then," actress and ballroom veteran Dominique Jackson, who plays Elektra, recalled during a recent "Pose" press day. "Many girls disappeared and no one even looked after them. . . . What I bring to this is knowing where we have come from. Knowing yes, we were put into wood chippers and disappeared. We were beheaded in hotel rooms."

It was only a matter of time before a similar fate would visit one of the houses of "Pose." Yet even as the tension mounts in episode 4, escalating from noticing the absence of one of the girls to a frantic search for her to the ominous ring of a telephone, there's still an absurd hope in the viewer to be spared the worst of it. Candy's death is told to us. But then, of course, it is shown to us.

The camera moves in on Candy's lifeless, battered body, dumped in a closet and discarded like the tissues littering the shabby room's floor. It is far from the most gruesome image in the Murphy canon (just hit pause on any random moment on any season of "American Horror Story" for a strong contender for that distinction), but it is nevertheless one of the most brutal. Hold on, though: When Candy warned Pray Tell, "you haven't seen the last of me," she was right.

For fans of Jenny Livingston's iconic documentary "Paris Is Burning," watching "Pose" has from the beginning felt like an excruciating exercise in waiting for the other high-heeled shoe to drop. In episode 3, we saw how Elektra's storyline converged with the real one of "Paris Is Burning" alum Dorian Corey, whose personal effects turned out to include a mummified corpse in her closet.

That's not where the parallels to the 1990 documentary have ended. Near the last moments of "Paris Is Burning," it is revealed that the delicate Venus Xtravaganza, who dreamed of "getting married in church, in white" was later found dead in a motel room, a full four days after she'd been strangled there. Her killer has never been caught. "That's part of life, that's part of being a transsexual in New York City and surviving," her grieving house mother Danni explains plainly to the camera. It's an unforgettable moment, a portrait of a community somehow resigned and defiant all at once.

Had "Pose" taken the same turn in its first season, the impact of a major character's death wouldn't have been as potent. The show has taken its time showing us the surviving part, the fierce strength of a community so deeply protective of its own, so viciously mistreated in the outside world. That's what makes the not-surviving so horrible.

Season 2 pointedly opened on Hart Island, New York City's mass grave where its unclaimed decedents — including thousands of men and women who died of AIDS — have been laid to rest. It illustrated its message again when Elektra, faced with a client who's overdosed, quickly realizes this is not a problem for the authorities but local connections and amateur embalming. Likewise, though Candy has spent most of her character arc burning every bridge above 110th Street, Blanca (MJ Rodriguez) still mobilizes her family into action when she disappears: "She might not have been in our house," Blanca says, "but she was our sister." And after vowing he'd never add Candy's proposed lip sync category to the balls, at her funeral, Pray Tell announces it's being included, naming it "Candy's Sweet Refrain." Because that's what you do for your sister.

Candy, meanwhile, isn't going to let her demise get in the way of the peace offering she's been keeping up her leopard print sleeve. Sure, the "getting closure from the dead person" scene has been done to, well, death — remember "Scrubs"? "Six Feet Under"? "Grey's Anatomy"? But Murphy brings it back from the mid 2000s without a shred of self-consciousness. Candy says her goodbyes and grants forgiveness to the major figures in her life, including the parents who cast her out. (I'd like to think she takes a little detour to her killer's house, to take care of some unfinished business there too.)

Her loved ones in turn bestow their reassurance that she was truly seen and accepted. "All I see is my baby," her mother, who could never say that while she was alive, tells her. Is it sappy? Sure. Is it exactly the kind of dramatic moment that someone watching the show right now, after being rejected and disrespected and brutalized by their family and community, might long for? Hell yes.

At the "Pose" press day this spring, Ryan Murphy talked about show running as a form of activism.

But, he added, "I think there is an inherent optimism in this community and a joy to this community. And we show that in equal measure." That's why, from early on in the series, he says it was important "never to end an episode with people feeling anything other than there is some hope in the world."

For the untold number of real Candys, both yesterday and right now, violence is the end of a too-short story. In the difficult, beautiful world of "Pose," however, it's not. Candy gets to arise from her coffin, shimmering and adored, for one last performance to Stephanie Mills' sweetheart hit, "Never Knew Love Like This Before." For the pure of spirit, a Ryan Murphy show will always grant you a lovely hereafter.

As for the living, Pray Tell commits to a new path of AIDS treatment, and Blanca reminds us that, "I got my friends to lift me up." When you belong to a community that's been hurt the hardest, haven't you earned the right to dream the biggest? It's true in the world of "Pose" and it's just as true today, and Ryan Murphy understands how to express that feeling unlike anyone else in current entertainment. It's about the indefatigable exuberance of youth, and the impossible wishfulness of it all. It's about life frequently serving you a long pour of poison, but let's dance anyway, because at least the glass is half full.