A full tally of fish deaths will be released Monday. Based on early counts, officials anticipate thousands 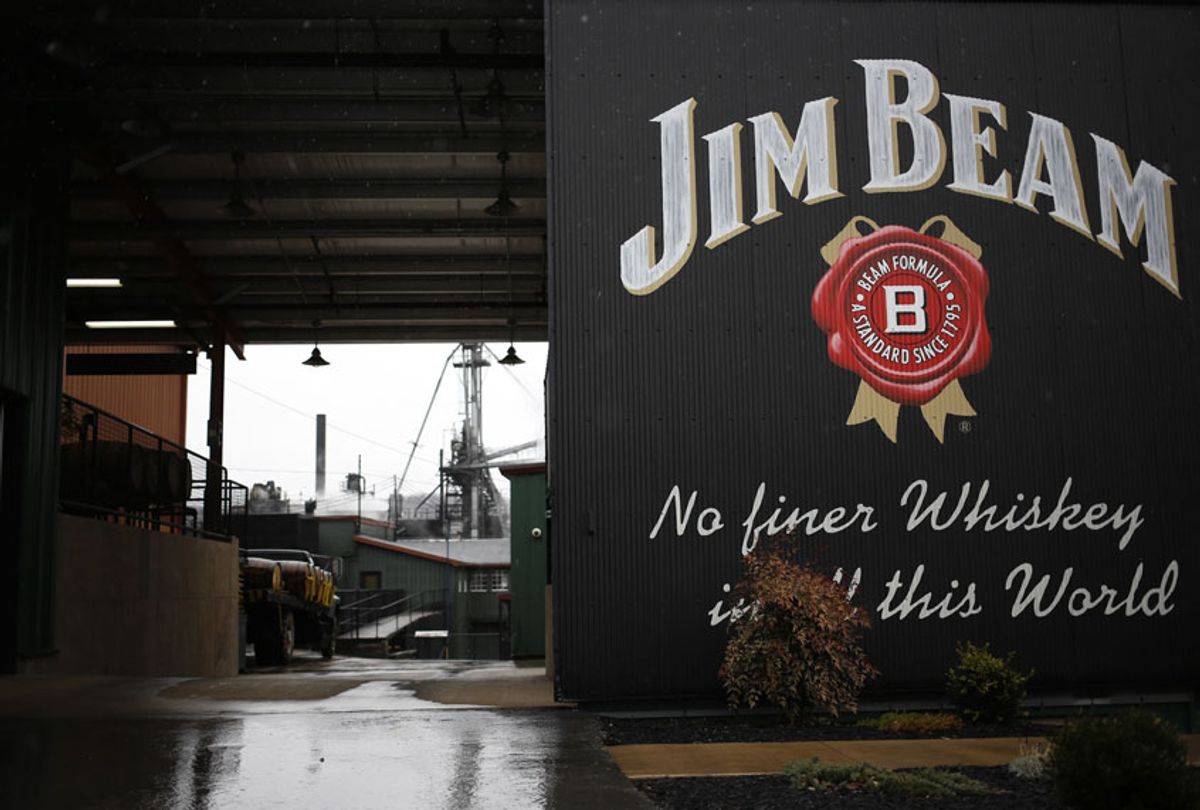 Thousands of fish have died following a massive fire at a Kentucky warehouse that destroyed 45,000 barrels of Jim Beam bourbon last week, causing alcohol-contaminated water to enter nearby waterways.

The fire broke out during the night of July 2, and was contained by firefighters by about noon on July 3. No injuries were reported, nor has a definitive cause been identified — though in a written statement issued by Jim Beam, officials think the fire likely started after a lightning strike.

But run-off produced in an effort to contain the fire — a combination of alcohol and firefighting chemicals — did seep into the Kentucky River, a tributary of the Ohio River.

According to a new statement by Beam Suntory, the parent company of Jim Beam, once the fire was contained, distillery leadership began focusing on remediating its impact: “We immediately procured and deployed aerators to support the regeneration of the affected water. Once it was safe to do so, aerators were placed in the creek [last] Wednesday.”

Aerators began operating from barges in the Kentucky River on July 4. Alex Ebert, a reporter for Bloomberg Environment, wrote that “sugar from the alcohol created a microbe feeding frenzy, which reduces the oxygen levels in the water and suffocates the fish.”

The aerator barges are a way to mitigate that.

According to a Facebook post by the Kentucky Energy and Environment Cabinet, the alcohol plume in the Kentucky River was approximately 23 miles long, though officials said it is now dissolving as it has reached the Ohio River, a much larger body of water.

But, EEC officials said, people using the Kentucky River will likely still see — and smell — dead fish, and residents of the nearby Frankfort-area continue to report a slight taste and odor issue with tap water, though the water is safe to drink.

“We are seeing no new reports of fishkills,” Kentucky EEC officials wrote. “However, remnant fish killed in the Kentucky River are being spotted.”

A full tally of fish deaths will be released Monday, but based on early counts, officials anticipate the number will be in the thousands.

The Jim Beam warehouse fire is just the latest in a string of big Kentucky bourbon industry accidents.

As Salon reported last week, in June 2018, a portion of the Barton 1792 Distillery warehouse collapsed and 9,000 bourbon barrels fell to the ground.

Two weeks later, the rest of the warehouse crashed down and another 9,000 bourbon barrels were smashed. No one was hurt in either incident, but run-off from the barrels seeped into two nearby streams, killing hundreds of fish in a manner similar to the current Jim Beam situation.

Then in June 2019, a 20,000-barrel bourbon warehouse collapsed at O.Z. Tyler Distillery during a thunderstorm.

According to a report from the Associated Press, Jim Beam will be fined for the warehouse fire that contaminated nearby waters with bourbon and killed fish, though the exact amount of the fine has not been released. In the meantime — it shouldn’t have to be said, but — authorities are urging people not to eat the bourbon- and chemical-soaked fish found floating in the river water.