Despite what conservatives insist, Latinx culture is already part of American culture. These shows prove it 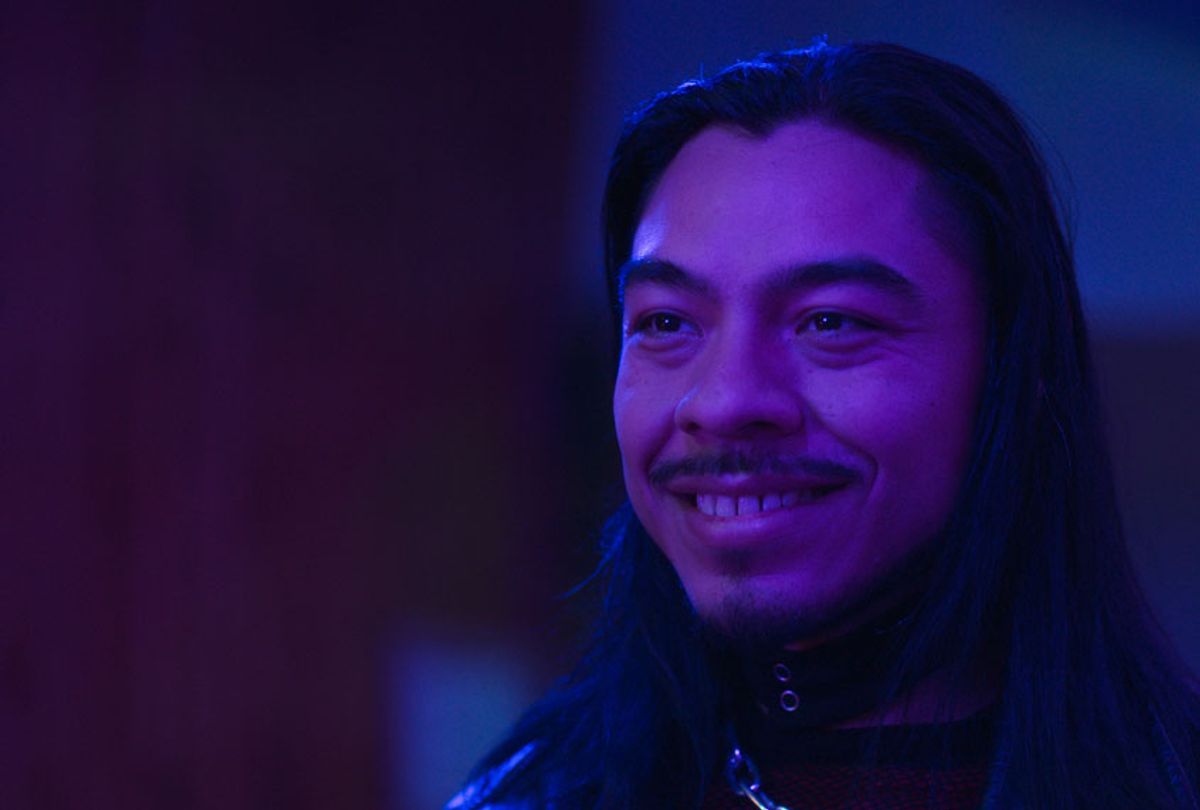 The Latinx pop star greets his live audience with a friendly, “Hello, Ann Arbor!” His assembled fans, nearly all of them young white girls, scream joyfully in response. “You might have heard this song on the radio. Alright? Now sing along if you know the words.”  This is part of the joke.

The beat kicks in, the pop star grinds his hips,  the crowd goes crazy. He begins singing to the upbeat melody in Spanish. They smile, blissed out, as he rolls through each verse. Only viewers witnessing the scene at home see the English translation of his lyrics, via subtitle.

“I love it when my songs catch on across the world/But there’s a real, trade-off, you know?/ Some of you voted for that Orange Clown/ Yet you blast this song in every town./ How the irony of that is lost on you is baffling to meeeeee!”

A young woman in the audience undulates enthusiastically and asks her friend what she thinks the lyrics man. “I don’t know,” the other girl responds. “It’s probably about how he loves to dance.”

On cue, the singer croons, “I hate dancing for you guys.”

Comedian Arturo Castro doesn’t specify which musician he’s spoofing in a recent episode of his show “Alternatino,” but he doesn’t need to. He could be mimicking Luis Fonsi going through the motions as he performs 2017’s hit “Despacito,” a song plenty of non-Spanish speaking fans blasted in their cars with very few knowing exactly what Fonsi was singing about.

That song is about dancing, albeit seductively. And its popularity proves a point Castro is using for parody: as long as entertainment is catchy, language barriers need not be an issue. Our grandparents and great grandparents knew as much when they made Ritchie Valens’ adaptation of “La Bamba” (another song about dancing) a huge hit in the late 1950s.

Great music, movies and TV, and even a bunch of not-so-great samples of each, reach across cultures and unify disparate peoples. But television’s particular gift to our sanity in times of division is to show the world as we’d like it to be, and in the midst of that idealism, depict it as it is.

America is a land of multiple languages, Spanish being the most widely spoken after English. Yet there’s long been a nationalist push for immigrants from Spanish-speaking countries to do away with their language, an attitude that manifested on TV for years in the form of siloed programming. There’s Univision, and Telemundo, and then there’s every other channel.  Latinx characters on mainstream TV rarely speak anything other than English, and in past years when they did it was in very special situations.

But in this moment, viewers have their pick of a number of series that depict Latinx culture not as a separate, different existence, but as ingrained in the fabric of North America. This does not solely refer to dramas such as Showtime’s “Vida” or the CW's extraordinary “Jane the Virgin,” concluding at the end of this month, veteran series that celebrate Latinx culture as core to their storylines.

“Alternatino” is one example of a comedy that isn’t shy about addressing the clash between white America and other cultures while pointing out how enmeshed Latinx culture is in North American life.

Heck, the HBO comedy “Espookys,” whose first season is streaming on HBO’s video-on-demand platforms, casually reminds us of that without actually specifying in which Latin American country the action is taking place.

It could be Mexico, or any country the current administration detests. Wherever it is, the series heroes Andrés (“Saturday Night Live” writer Julio Torres), his goth best friend Renaldo (Bernardo Velasco), and their friends Úrsula (Cassandra Ciangherotti) and the bubbly, odd Tati (Ana Fabrega) live there and  make the ordinary magical — or rather, they throw some special effects on the ordinary, and if something supernatural creeps in, all the better.

Renaldo is a gifted do-it-yourself special effects master hiring out his services to a variety of clients who need manufactured scares to get ahead in their careers, or game an inheritance claim or, in the case of a scientist who claimed to be working with aliens, score funding.  But when the gang has a shot to realize their dream of shooting a real horror movie using old-school effects, they jump at the chance. The catch is that it’s in America.

Keep in mind, none of this is presented as serious or grim; on the contrary, Fred Armisen (who plays a doting uncle), Fabrega and Torres craft an aesthetic that is part magical realism and part candy-colored circus, sprinkled with enough ridiculousness to make each episode a dose of unfiltered happiness.

The stylistic hallmark of "Los Espookys" is that the dialogue is almost entirely in Spanish with English subtitles, and when it switches to English, the subtitles change over to Spanish. All language is equal in its world, as it should be in ours.

Details like this represent the unstoppable actuality of an America moving into a multilingual culture to match its multicultural present, of people from different cultures coming closer together despite efforts to separate us.  These series and others don’t announce or explain why they’re taking these tacks because they don’t need to; that’s the point. In the series premiere of “Pearson,” for example, two of the lead characters speak fluent Spanish to one another because that’s an aspect of who they are and what they do.

Similarly in "Jett," Carla Gugino’s Daisy Kowalski understands Spanish, but doesn’t speak it to her confidante Maria (Elena Anaya), reflecting the way a lot of bilingual communication works. There’s no explanation as to why this is the case other than these are two women with an intimate connection, they understand each other so well that they finish one another’s sentences, whether in English or Spanish. The show assumes people get it, and rightly so. (The Cinemax series "Warrior," by the way, takes the same egalitarian approach to its Chinese- speaking characters, smoothly transitioning between their first language and English without breaking the action's flow.)

The subjects Castro skewers on “Alternatino,” meanwhile, represent ongoing concerns that aren’t funny, until a Guatemalan-born actor gives us permission to find the humor in it.  The series demonstrates the usual season one unevenness, but Castro’s strongest sketches are the ones where he grasps acts of cultural appropriation, racism and bias by the horns and gives them a good shake.  By and large his approach works because his aim isn’t to harm, but to snap his audience out of bad practices or, in the case of a sketch portraying a "free range" ICE program for detained children, to transform horror into absurdity.

Doing this is no more shocking than, say, when Jordan Peele and Keegan-Michael Key played two black men insinuating themselves into a Civil War reenactment on the side of the faux Confederacy playing outrageously stereotypical slaves until the reenactors couldn’t take it anymore.

But a few years ago the audience fooled itself into believing slavery was an ugly chapter of a distant past we had, for the most part, overcome. That was never the case, of course, but pretending we were done with all that was considered the polite thing to do.

Whereas there has never been a time that native Spanish speakers have not been “othered” due to their language or accents, whether in public or on TV.

These shows push against that divide, breaking it down with humor and kooky, inviting originality. And each in their own way demands — gently, kindly and with laughter — that we all recognize the dignity and common language of our experience in the world.