"Like some slumbering giant, we’re going to rise and ping off the guy-ropes of doubt and negativity," Johnson says 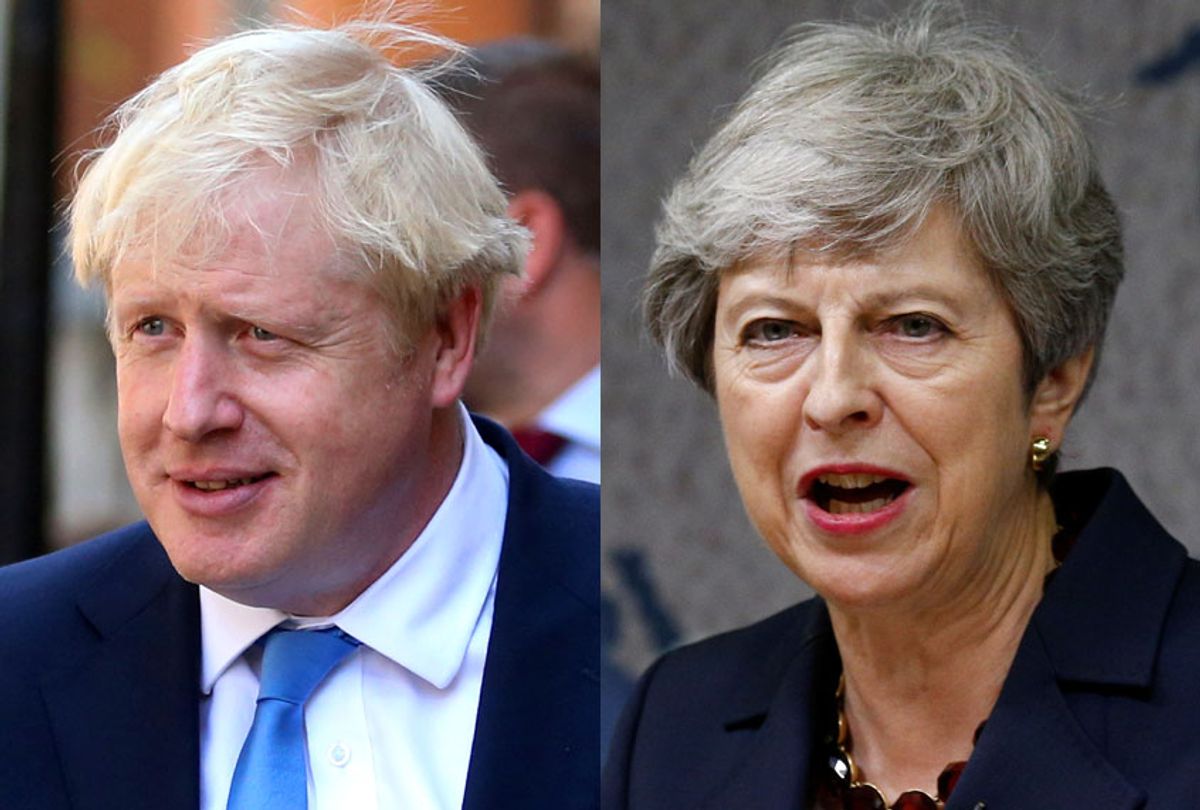 Boris Johnson, the former London mayor and British foreign secretary who has made a name for himself as a staunch proponent of Brexit, was elected as the next British prime minister on Tuesday.

Johnson defeated former Foreign Secretary Jeremy Hunt by a substantial margin, winning 66 percent of the postal vote held among members of the ruling Conservative Party, according to the New York Times. Because the United Kingdom operates under a parliamentary system, a new prime minister can be appointed by members of the ruling party without the need for a general election.

"I know that there will be people around the place who will question the wisdom of your decision, and there may even be some people here who still wonder quite what they have done," Johnson told a group of supporters at a party meeting on Tuesday. He also vowed to take a stronger approach in extricating the United Kingdom from the European Union, a core goal of the pro-Brexit movement which many felt his predecessor, Prime Minister Theresa May, failed to realize.

"We’re going to get Brexit done on Oct. 31, we’re going to take advantage of all the opportunities that it will bring in a new spirit of can-do and we’re once again going to believe in ourselves. Like some slumbering giant, we’re going to rise and ping off the guy-ropes of doubt and negativity," Johnson told his supporters. The next step is for Johnson and May to meet Queen Elizabeth II on Wednesday, where the British monarch will bestow her support upon the transition and thereby render Johnson as the new British prime minister.

One person who has already indicated his support for Johnson — and who has in the past expressed a high regard for the former mayor's right-wing agenda — is President Donald Trump.

"Congratulations to Boris Johnson on becoming the new Prime Minister of the United Kingdom. He will be great!" Trump tweeted on Wednesday morning after hearing the news of Johnson's victory.

May also expressed congratulations to Johnson, characterizing his victory as an important step in keeping the Labour Party and its leader, Jeremy Corbyn, out of power.

"Many congratulations to @BorisJohnson on being elected leader of @Conservatives - we now need to work together to deliver a Brexit that works for the whole UK and to keep Jeremy Corbyn out of government. You will have my full support from the back benches," May wrote in a tweet.

May's kind words about Johnson are a stark contrast from the tensions between the two after the latter resigned from her Cabinet in protest of her handling of Brexit. Johnson stirred controversy when he stated that Trump would have handled the Brexit negotiations better than May, telling a group of Tory activists last year that he could "imagine Trump doing Brexit. He’d go in bloody hard . . . There’d be all sorts of breakdowns — all sorts of chaos. Everyone would think he’d gone mad. But actually you might get somewhere. It’s a very, very good thought."

Johnson and other hard-line Brexiteers argued that May's approach was "Brexit in name only."