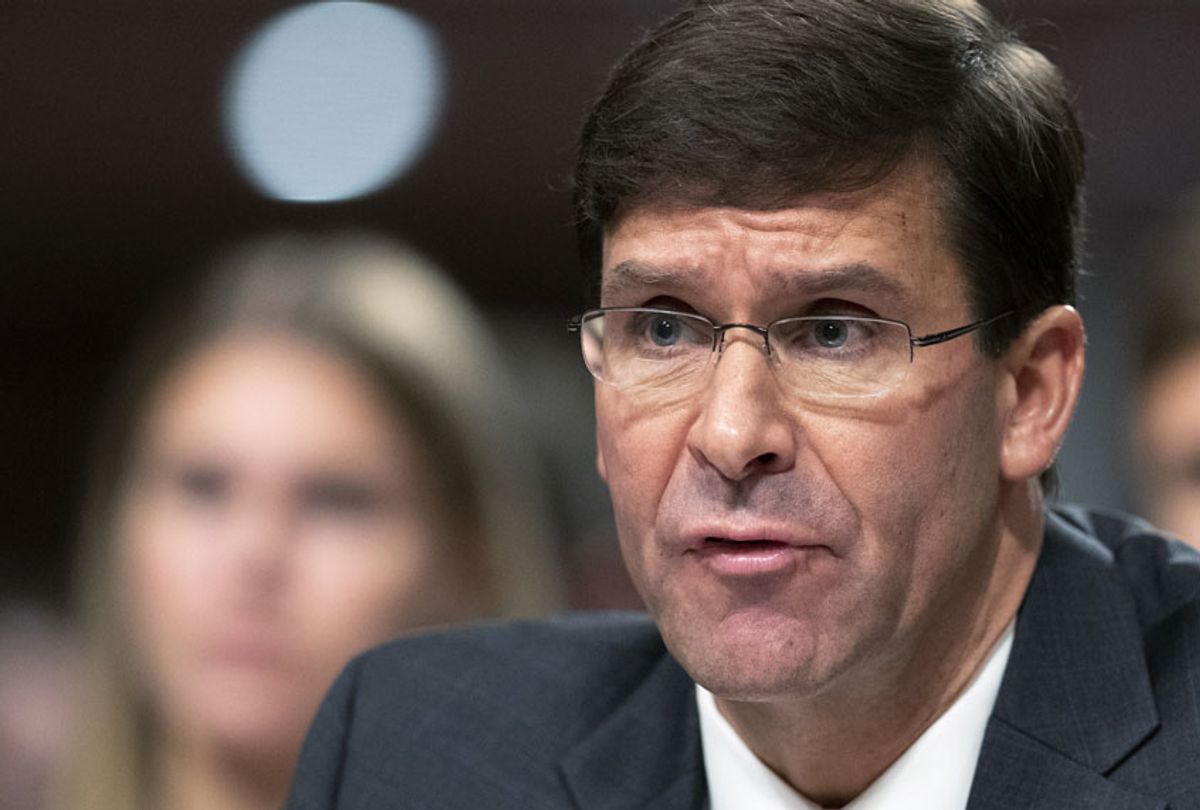 The 90 to 8 vote reflected strong bipartisan support for Esper, despite ethical concerns related to his former job as a defense industry lobbyist at major defense contractor Raytheon Co.

Esper came under scrutiny over his refusal to extend a two-year ethics commitment, due to expire in November, which forces him to recuse from matters related to Raytheon. He also refused to commit not to work for or get paid by a defense contractor for four years after he leaves his government post.

Senate Majority Leader Mitch McConnell, R-Ky., praised Esper ahead of the vote, arguing that confirming a defense secretary is "beyond urgent."

"The nominee is beyond qualified. His record of public service is beyond impressive," McConnell added. "His commitment to serving our service members is beyond obvious."

Esper had been serving as Army Secretary before briefly stepping into the role of acting defense secretary on June 24 after Trump's initial pick to replace Mattis, Patrick Shanahan, withdrew from the confirmation process in the wake of reports of domestic violence incidents in his family's past.

Esper is scheduled to be sworn in Tuesday night.

He has spent most of his career in the military and in various government positions, and he will head the Pentagon at a time when the country is confronting growing threats from China and Russia and considering military engagement with Iran. Many lawmakers appear to see Esper's confirmation as a key step toward restoring order at the Pentagon.

Since Mattis resigned, the Defense Department has had three acting secretaries, including Esper. The unprecedented period of time without a permanent secretary of defense was cited as a major problem by both Republicans and Democrats on Capitol Hill.

Esper, 55, previously served as a congressional staffer and in top positions at the Pentagon during the tenure of former GOP President George W. Bush. He also served as the chief of staff at the Heritage Foundation, a conservative think-tank.

Esper graduated from the U.S. Military Academy at West Point in 1986 alongside current Secretary of State Mike Pompeo. He served for over a decade in the Army, which included a deployment to the Middle East during the Gulf War, before going on to obtain a masters of public administration from Harvard University and a doctorate in public policy from George Washington University.

Due to regulations, Esper had to step down as acting secretary following his formal nomination to the post. Navy Secretary Richard V. Spencer stepped into the acting role as Esper went through the confirmation process, making him the third consecutive acting defense secretary since Mattis resigned.

Esper's confirmation comes as a number of key leadership positions at the Pentagon have yet to be permanently filled, including the deputy defense secretary and Air Force secretary.

Senators will shift their focus tomorrow to confirm David Norquist as deputy defense secretary, a job that he has been performing since January. He will testify before the Senate Armed Forces Committee on Wednesday.