Robert Mueller: President Trump could be prosecuted after he departs the White House

The former special counsel, however, did not say if he believes the president should be prosecuted 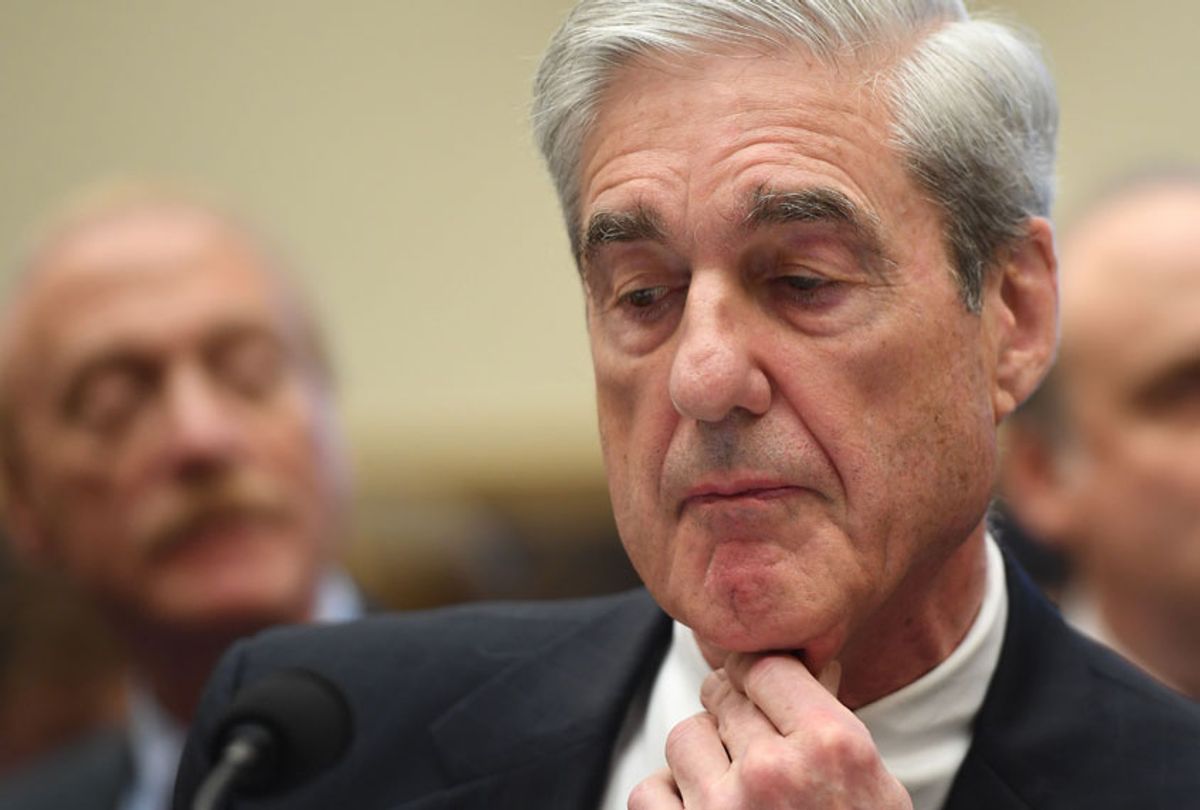 Robert Mueller, the former special counsel, said on Wednesday that President Donald Trump could be prosecuted for obstruction of justice crimes after he leaves office.

Mueller, who is testifying publicly before the House Judiciary Committee and the House Intelligence Committee about his investigation into alleged obstruction of justice by the president and Russian interference in the 2016 election, said it is possible that Trump could be charged after departing the White House.

"Under Department of Justice policy, the president could be prosecuted for obstruction of justice crimes after he leaves office. Correct?" Judiciary Chairman Jerry Nadler, D-N.Y., asked the former special counsel, to which he responded: "True."

Mueller, however, did not say if he believes Trump should be prosecuted.

In an exchange with Rep. Ken Buck, R-Colo., Mueller again said that presidents could be charged with obstruction of justice after they left office.

Citing guidelines from the Justice Department Office of Legal Counsel (OLC), Mueller said: "OLC opinion says that the prosecutor, while he cannot bring a charge against a sitting president, nonetheless he can continue the investigation to see if there are other persons drawn into the conspiracy."

In his report, released in April, the former special counsel concluded there was no conspiracy on behalf of the Trump campaign to coordinate with Russia to influence the outcome of the 2016 election. He also did not reach a conclusion on whether the president had attempted to obstruct justice, though he detailed at least ten instances of possible obstruction by the president in his report. Mueller did not exonerate Trump, and pointedly said he would have exonerated the president if he could have.

Mueller has repeatedly cited OLC guidelines, which prevent a sitting executive from being indicted, as something that from the onset of his investigation prevented him from even considering an indictment.

Republicans and Democrats on Capitol Hill have expressed frustration over the former special counsel's refusal to reach a conclusion on alleged obstruction of justice by the president. Democrats believe Mueller's conclusion would help them decide whether to launch an impeachment inquiry against Trump, while Republicans believe the conclusion would help fuel their assertions that Mueller's probe was illegitimate and politically motivated.

Following the release of Mueller's report, Attorney General William Barr and then-Deputy Attorney General Rod Rosenstein reviewed the evidence laid out by Mueller examining obstruction and determined it was insufficient to accuse Trump of criminal wrongdoing. In May, Barr even broke with Mueller, stating that he "personally felt he could've reached a decision" on obstruction.

"The opinion says you cannot indict a president while he is in office," Barr said, referring to the longstanding DOJ policy. "But he could've reached a decision whether it was criminal activity, but he had his reasons for not doing it, which he explained."

Trump has praised Barr's conclusions, which he called "complete and total exoneration."

Wednesday's hearing marks Mueller's first public appearance related to his investigation since delivering his 10-minute statement on May 29, during which he detailed his findings and explained his decision not to reach a conclusion on whether Trump obstructed justice. He is scheduled to testify publicly for three hours before the House Judiciary Committee and before the House Intelligence Committee thereafter.

Reluctant to appear publicly before the panels, Mueller is appearing after being subpoenaed.