Everything you need to know about Robert Mueller's testimony 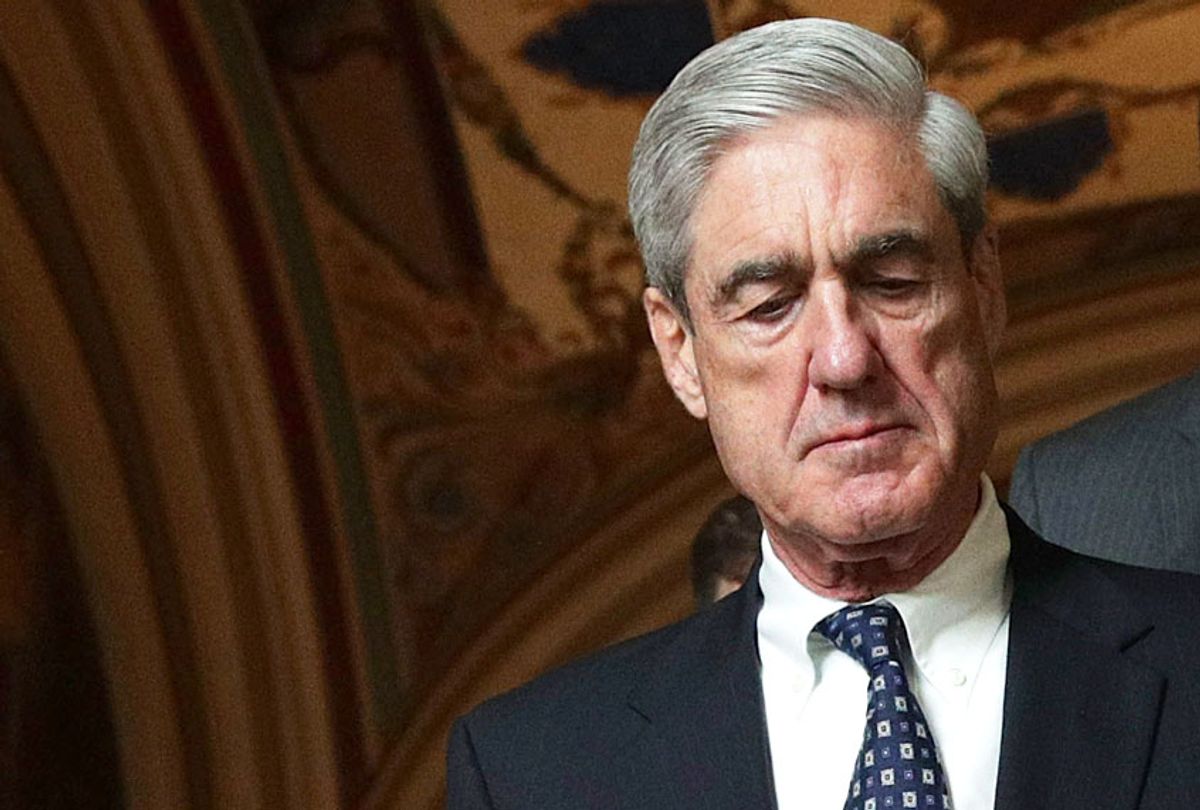 Mueller's testimony is poised to be one of the most high-stakes congressional hearing in years and represents a huge moment for House Democrats, who have wrestled with whether to launch an impeachment inquiry against Trump following Mueller's investigation and the White House's stonewalling of congressional probes.

The testimony will also mark his first public appearance related to his investigation since delivering his 10-minute statement on May 29, during which he detailed his findings and explained his decision not to reach a conclusion on whether Trump obstructed justice, despite reporting at least ten instances of possible obstruction by the president in his report.

Mueller, at the time, declined to take questions from reporters and made clear that his testimony would not go beyond what was written in his 448-page report, released in April.

Here's what to expect ahead of Mueller's testimony.

Why is Mueller testifying?

Mueller has been caught in the center of a feud between the White House and Democrats in Congress, who want to hear from him about his nearly two-year investigation into Russia's election interference, alleged ties between President Donald Trump's campaign and Moscow and whether the president obstructed justice.

He is scheduled to testify publicly for three hours before the House Judiciary Committee at 8:30 a.m. ET, then before the House Intelligence panel at noon. Reluctant to appear publicly before the panels, Mueller is appearing after being subpoenaed.

Attorney General William Barr has said publicly that Mueller is free to testify on Capitol Hill, but he has also noted the Justice Department would support the former special counsel if he decides he "doesn't want to subject himself" to congressional testimony.

Mueller made a last-minute request on Monday to have his deputy appear beside him at the witness table during his hearing Wednesday with the House Judiciary Committee, The New York Times and CNN reported Tuesday.

It's unclear if Mueller's right-hand man, Aaron Zebley, will join him at the witness table. The former special counsel reportedly asked that Zebely be sworn in as a witness alongside him to help answer any questions he could not fully answer himself.

Republicans on the House Judiciary Committee expressed concern that Zebley would appear alongside Mueller. The panel's top Republican, Rep. Doug Collins of Georgia, said the potential addition would "jeopardize whether tomorrow's hearings complies with House Rules."

"You don't get to chang the rules right before kickoff, especially after a 22 month, $30 million investigation," tweeted Rep. Jim Jordan, R-Ohio, a prominent member of the Judiciary Committee.

What did Mueller's report find?

Mueller concluded there was no conspiracy on behalf of the Trump campaign to coordinate with Russia to influence the outcome of the 2016 election cycle.

He did not reach a conclusion on whether the president had attempted to obstruct justice, though he detailed at least ten instances of possible obstruction by the president in his report. Mueller did not exonerate Trump, and pointedly said he would have exonerated the president if he could have. He also cited Justice Department guidelines that prevent a sitting executive from being indicted.

Attorney General William Barr Barr and then-Deputy Attorney General Rod Rosenstein reviewed the evidence laid out by Mueller examining obstruction and determined it was insufficient to accuse Trump of criminal wrongdoing. Trump has praised their conclusions, as well as the lack of conspiracy resulting from the investigation, which he called "complete and total exoneration."

Will Mueller deliver any surprises?

While Mueller has made clear his intention to not speak beyond what he detailed in his report, lawmakers across the aisle have said they want to question the former special counsel about some of the decisions he made during the investigation.

The Justice Department wrote a letter to Mueller on Monday about his upcoming appearance, directing the former special counsel that his testimony must be limited to the 448-page report he issued earlier this year.

The testimony, the letter stated, "must remain within the boundaries of your public report, because matters within the scope of your investigation were covered by executive privilege."

The letter, which was sent in response to Mueller's request for guidance from the department about his testimony, was signed by Associate Deputy Attorney General Bradley Weinsheimer.

Weinsheimer also said Mueller should not testify about the redacted portions of the report, which conceal grand jury material, details on ongoing investigations, classified materials and information about uncharged third parties.

Mueller, who is now a private citizen, may wish to defy the administration's instructions and speak beyond the scope of his report. It is unclear what the Justice Department would do if he does not comply with their request, since he no longer works there.

The White House and the Justice Department do not intend to place lawyers in the room during Mueller's testimony, Politico reported Monday, noting that without a presence at the hearing, administration officials could have little recourse to prevent Mueller from going off-script and revealing details of his investigation that the White House considers off limits."

In May, Trump asserted executive privilege over the entirety of Mueller's report and the report's underlying evidence in an effort to block the House Judiciary Committee's access to the full, unredacted report.  House Democrats have argued they are entitled to view all of Mueller's investigative materials as part of their oversight and investigative authorities. The White House called the committee's demands "unlawful and reckless."

Former White House lawyer Emmet Flood warned the Justice Department in April that any material from Mueller's investigation beyond what is contained in the public version of his report is "presumptively privileged" and barred from public disclosure.

Trump will be watching. . .

Trump is expected to monitor the hearing on Wednesday. He previously argued Monday that he won't be watching "because you can't take all those bites out of the apple," before changing his mind.

"Probably, maybe I'll see a little bit of it," he added.

He then attempted to undermine Mueller's credibility by reviving unfounded claims that the former special counsel had conflicts of interest.

"There's a lot of conflicts he's got," Trump said of Mueller. "He wanted the job of the FBI director, he didn't get it. And we had a business relationship where I said no, and I would say that he wasn't happy." (There is no evidence that those claims are true, and Mueller refuted those claims in his report.)

Trump criticized the Democrats, saying again they cared only about the Russia investigation and neglected other responsibilities.

Democrats have argued that the American people deserve to hear directly from Mueller. They plan to grill Mueller on several aspects of his investigation, especially about whether he would have recommended charging Trump with obstruction of justice if he were not the president.

The Justice Department first appointed Mueller as special counsel in the 2016 election in May 2017.