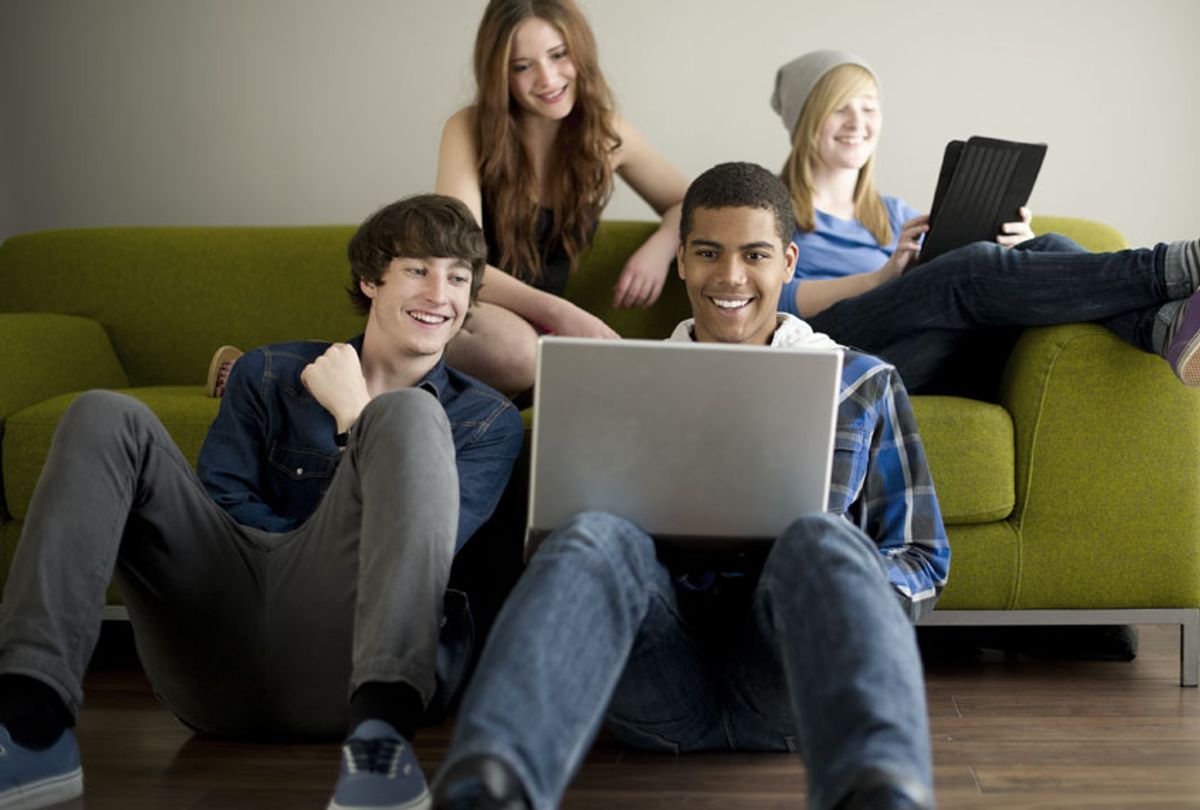 In the post-apocalyptic future, when digital archeologists are mining the web to learn about how humans lived today, they will have no shortage of content to sift through on YouTube.

It has been estimated that 300 hours of video are uploaded to YouTube every minute. The sheer excess of unmoderated, uncurated media, among other reasons, has put YouTube at the center of ongoing debates about online harassment and misinformation. In an attempt to better understand what is happening in this video universe, Pew Research Center published a new report on Thursday entitled “A Week in the Life of Popular YouTube Channels.” In the report, Pew researchers analyzed 43,770 YouTube channels with at least 250,000 subscribers, and the videos they posted during the first week of 2019.

Their findings — which provide a fresh perspective on the actual content of YouTube’s programming, — are disconcerting, to say the least. According to the analysis, these 43,770 YouTube channels produced a quarter-million videos over the course of the first week of 2019. These videos totaled 48,486 hours of content. Each video was an average of 12 minutes long, and received 14.2 billion views during the first week.

Of these videos, only 17 percent were in English, indicating that YouTube’s popularity extends far across the globe. Insights into who is producing this content were also revealed.. A small share of the creators produced a majority of the content generated during the first week: 10 percent of the 43,770 YouTube channels produced 70 percent of all the videos posted by the channels analyzed.

Pew Research Center conducted a separate examination of the English-language videos, 37,079 of them in total, over the same period, in which they categorized each video and scrutinized the video titles and keywords. They found that videos targeting children were the most popular, along with videos that cast or presented children under the age of 13. The finding is crucial, the researchers explained in the study, because YouTube is not intended for children. “It should be noted that YouTube explicitly states that the platform is not intended for children under the age of 13,” the researchers asserted.

The presence of so many videos targeted towards, or featuring children, is both puzzling and alarming. Obviously many YouTube videos contain political, advertorial or persuasive messaging in some form; psychologists have known for decades that children are far more persuadable than adults, which is why there is far more regulation around advertising towards children. Children also love watching and mimicking other children around their age for deep-seated social reasons.

The preponderance of YouTube videos for or by kids suggests that some creators may be taking advantage of these psychological windows of opportunity. The report goes into the specifics:

Notably, a large majority of the videos that featured children were not intended exclusively for a young audience. This analysis estimates that just 21% of videos featuring children were directed toward young children to the exclusion of other audiences.

Similarly, only a minority of children’s videos (13% of those posted) contained footage of a child that appeared to be under the age of 13.
But the small share of videos at the intersection of these two categories – that is, videos that were both aimed at children and featured a child under the age of 13 – were one of the single-most popular video categories captured in this analysis, averaging four times as many views (416,985 vs. 96,416) as general-audience videos that did not feature a child (70,909 vs. 13,748 median).

The majority of videos that included a child (79%) were oriented toward a general audience rather than children specifically.

In videos containing spoken English, the researchers also found that videos that were about politics tended to have an international focus, not an American one.

“Videos explicitly related to current events or politics were relatively common, comprising 16% of all English language videos uploaded during the study period,” Pew researchers asserted in the study. “However, the majority of these videos were international in focus and did not mention events, issues or opinions related to the United States.”

Finally, researchers found that videos involving video games “was a fixture of popular channels on YouTube.”

The report comes at a pivotal moment. On Tuesday this week, the Department of Justice announced it was opening an antitrust review of “market-leading online platforms.” It is the first probe of its kind, and could likely fuel more calls to break up big tech companies like Amazon, Facebook and Google, YouTube's parent company.

While the content created and viewed on YouTube is immeasurable, its staggering financial clout is another story entirely. The lack of transparency around the company’s financials has frustrated industry analysts.

“I think their reticence to provide information borders on paranoia, as if they would be admitting failure if they allowed us to discover whether one of their businesses was performing more poorly than expected,” Michael Pachter, an analyst at Wedbush Securities, told The New York Times.