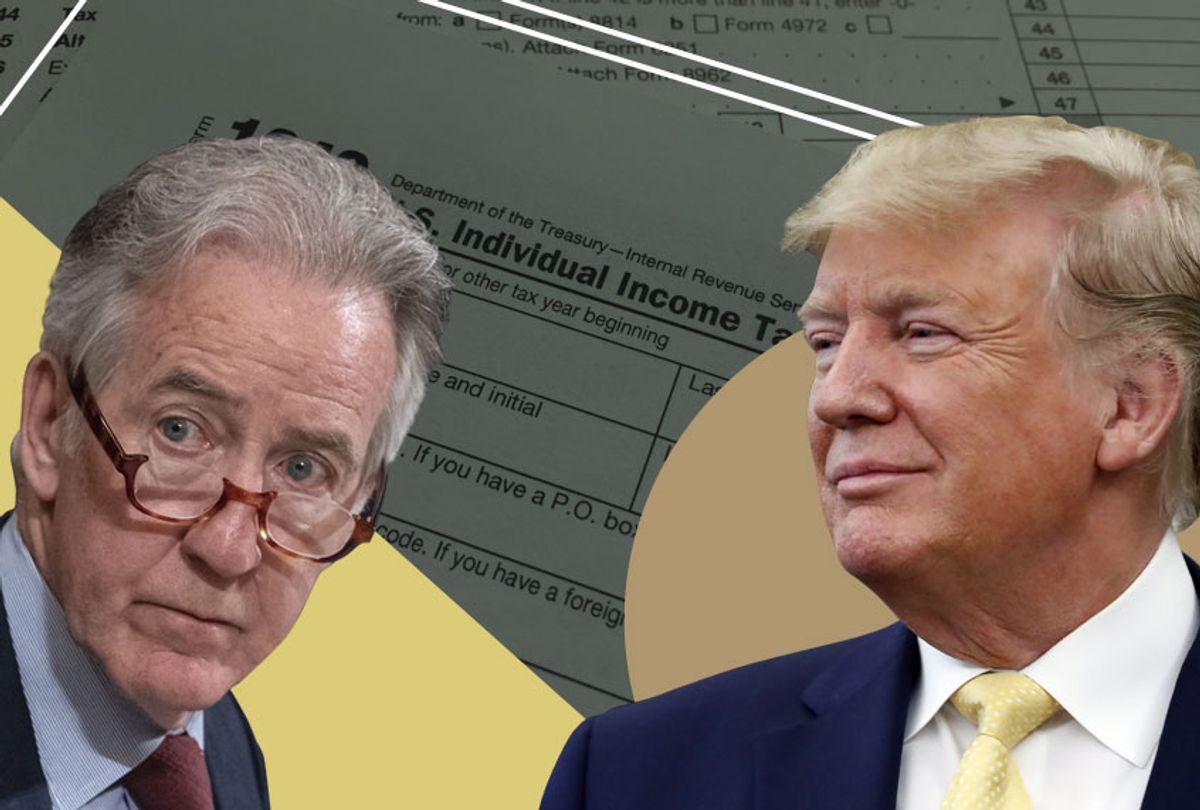 President Donald Trump is suing House Democrats in an effort to preemptively stop a congressional committee from obtaining his state tax returns.

The lawsuit claims that the House Ways and Means Committee, which is headed by Democratic Rep. Richard Neal of Massachusetts, should not be allowed to access the president's state returns on the grounds that "the committee’s jurisdiction is limited to federal taxes." As a result, the suit argues that "no legislation could possibly result from a request for the president’s state tax returns."

The filing singles out New York's TRUST Act, which was passed earlier this year and allows the state's tax commissioner to release any New York state tax returns requested by the House Ways and Means Committee, the Senate Finance Committee and the Joint Committee on Taxation. Neal has been reluctant to take advantage of the TRUST Act out of concern that it would make it more difficult for him to obtain the president's federal tax returns and specified business returns, according to Politico.

Harvard law professor Laurence Tribe summed up his dissatisfaction with Neal when he tweeted on Wednesday, "Could it be that @RepRichardNeal is way out of his league? His ineptitude is painfully evident. @SpeakerPelosi needs to replace him on @WaysMeansCmte — soon!"

However, as the lawsuit notes, there is pressure from Neal's Democratic colleagues to change his position on that issue:

Despite his initial reluctance, Chairman Neal has recently changed his tune on the TRUST Act. According to a news report published yesterday, Chairman Neal is facing intense pressure from his fellow Democrats to invoke the TRUST Act and obtain the President’s state tax returns. Succumbing to this pressure, the Chairman recently announced that he does not oppose using the TRUST Act and that House counsel was “reviewing” it now.

The lawsuit then posits that Neal could request Trump's New York state returns at any time, receive the tax returns "instantaneously" and thereby make it impossible for the president to object before his information is released. The suit also claims that the TRUST Act is itself unconstitutional, claiming it "violates the First Amendment. As revealed by its text, history, effect, and stated purposes, the New York Legislature enacted it to discriminate and retaliate against President Trump for his speech and politics."

Earlier this month, Neal filed a lawsuit in federal court in the quest to obtain Trump's tax returns, arguing that his committee has the legal authority to enforce a subpoena that the White House ignored in May. The lawsuit mentioned that Section 6103(f) was added to the Internal Revenue Code in 1924 in order to investigate wrongdoing in the Teapot Dome scandal and that it was being flagrantly defied by the Trump administration when it refused to honor the committee's subpoena.

"Defendants have now—for what the Committee believes is the first time ever—denied a Section 6103(f) request in order to shield President Trump’s tax return information from Congressional scrutiny," House Democrats wrote in their complaint. "In refusing to comply with the statute, Defendants have mounted an extraordinary attack on the authority of Congress to obtain information needed to conduct oversight of Treasury, the IRS, and the tax laws on behalf of the American people who participate in the Nation’s voluntary tax system."