President Donald Trump, his eldest three children and his business are each named in the class-action lawsuit 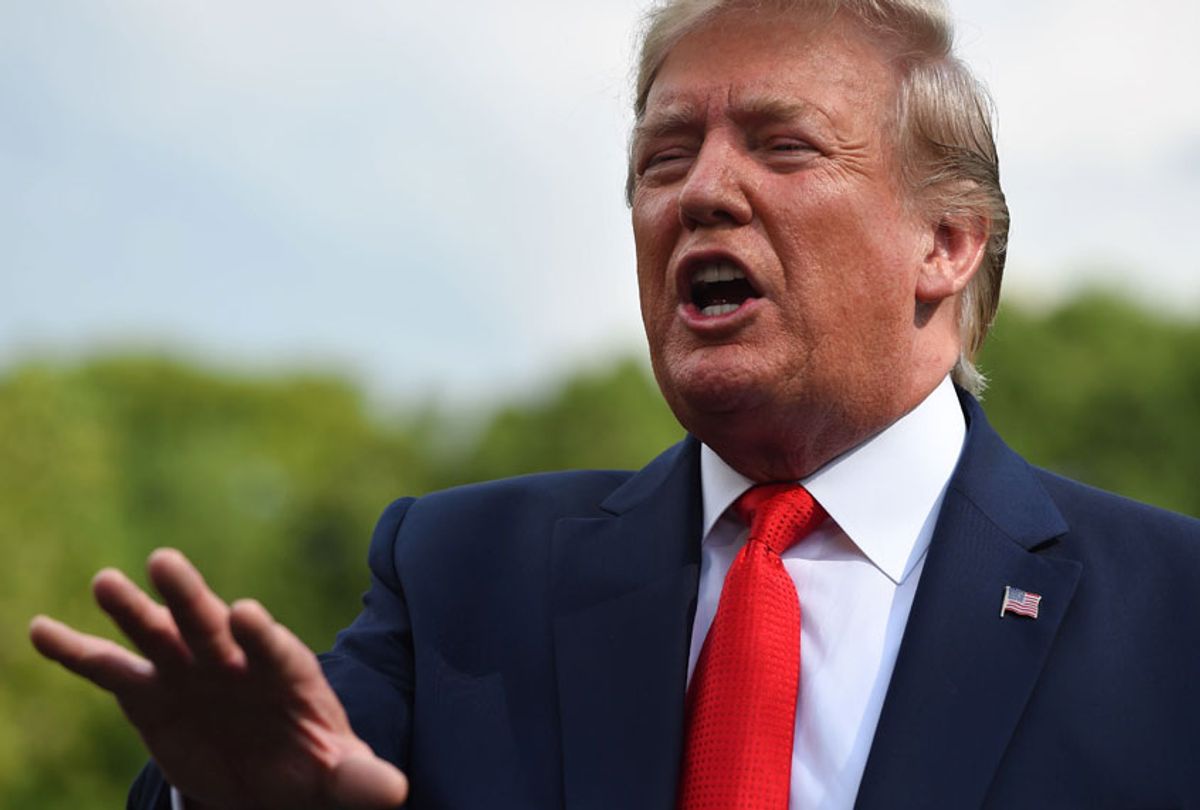 A federal district judge ruled on Wednesday that President Donald Trump and three of his children — Donald Trump Jr., Eric Trump and Ivanka Trump — will be required to face a class-action lawsuit alongside his company.

U.S. District Judge Lorna Schofield decided that a case by four anonymous plaintiffs involving accusations of deceptive trade practices, fraud and unfair competition can go forward, according to Bloomberg. At the same time, Schofield decided to dismiss federal racketeering claims under the RICO Act, which could have potentially tripled damages for the plaintiffs in the case.

In the class-action complaint filed in October, the four plaintiffs alleged that "for more than a decade, Defendants The Trump Corporation, Donald J. Trump, Donald J. Trump, Jr., Eric Trump and Ivanka Trump (the latter four, collectively, the 'Individual Defendants') have operated a large and complex enterprise with a singular goal: to enrich themselves by systematically defrauding economically marginalized people looking to invest in their educations, start their own small businesses, and pursue the American Dream."

The complaint added, "Central to Defendants' fraudulent scheme was a company called ACN, a multi-level marketing company ('MLM') that offers a business opportunity to individual participants. From 2005 to at least 2015, Defendants received millions of dollars in secret payments to promote and endorse ACN. In return, Donald J. Trump ('Trump') told prospective investors that '[y]ou have a great opportunity before you at ACN without any of the risks most entrepreneurs have to take,' and that ACN's flagship videophone was doing 'half-a-billion dollars' worth of sales a year.' Trump also told investors that he had 'experienced the opportunity' and 'done a lot of research,' and that his endorsement was 'not for any money.' Not a word of this was true."

It has since been revealed that Donald Trump earned $450,000 each for three speeches that he delivered for American Communications Network.

Lawyers for both sides claimed Judge Schofield's ruling was a positive development for their respective cases.

"We are delighted by the court’s decision. The RICO claims were baseless and should never have been brought, and we look forward to dispensing with the rest of the case," Joanna Hendon, a lawyer for the Trumps, told Reuters in an interview. At the time the lawsuit was filed, Trump Organization lawyer Alan Garten claimed  it was "clearly just another effort by opponents of the president to use the court system to advance a political agenda."