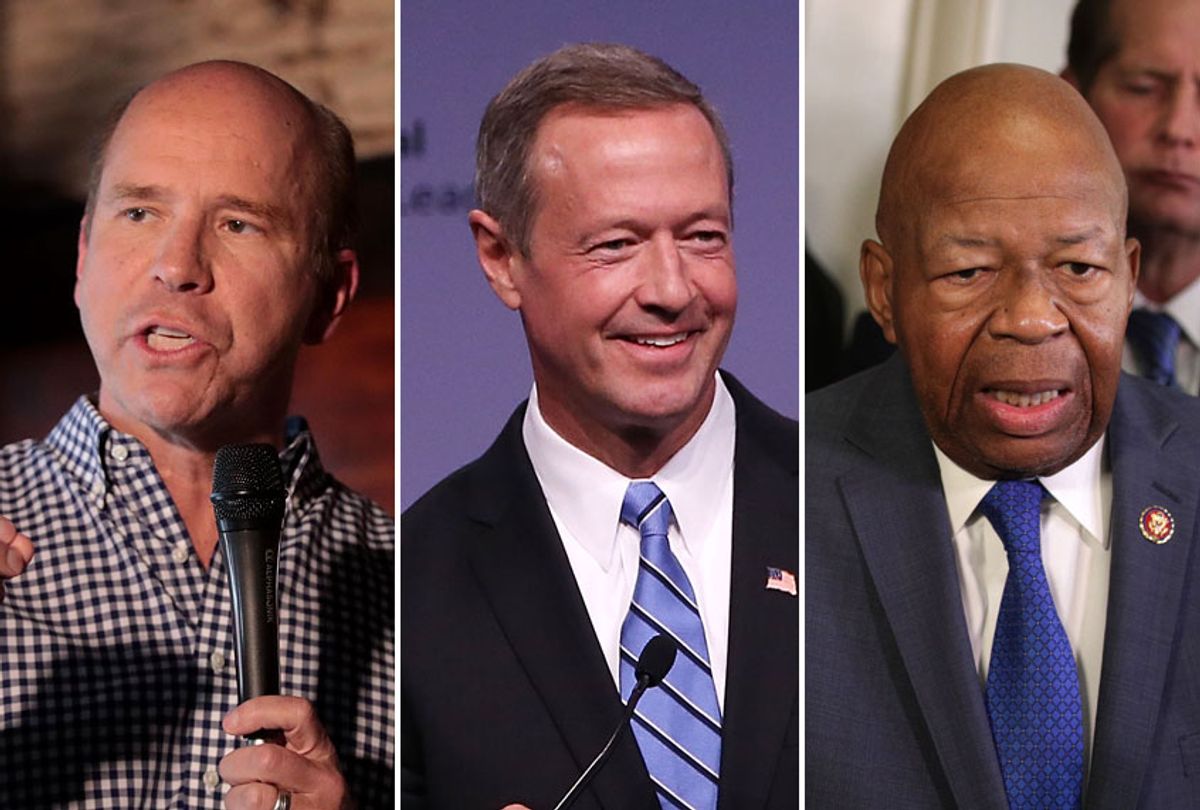 As Maryland is thrust in the national spotlight following President Donald Trump's racist comments about Rep. Elijah Cummings, D-Md., the state's most recent Democratic governor argued that the only Marylander running for president in 2020 — Rep. John Delaney, also a Democrat — did "zippity do da" for his congressional district.

"Zippity do da," former Gov. Martin O'Malley told Salon by email when asked about whether Delaney had done as much as Cummings on issues like obtaining funding for a transit line or more police officers. "He was a dilettante Congressman who bought his way into a more Democratic district, then refused to even move into it when he won. People caught onto him and he could not have gotten re-elected, so with his own millions he decided to run for President."

"He did, however, kick the crap out of Anthony Brown [Maryland's former lieutenant governor and currently a congressman] when our healthcare website had a really bad launch. He was good at that. And seemed to enjoy it," O'Malley said.

He later added, "Delaney was the most pro–Wall Street Congressman that our Democratic State probably ever sent to Congress."

"Elijah has been an effective Congressman," O'Malley explained. "He he worked very hard to get us 200 additional police officers in Baltimore’s early years of turning around [drug] addiction and violent crime. It was one of the very last COPs grants. Eric Holder came to Baltimore to announce the grant flanked by Senator Mikulski and Congressman Cummings. He also fought hard to secure federal funding for the transit line which would have connected people on east side and west side to mass transit."

"Elijah’s district, by the way, is not all black and poor. Not by a long shot," O'Malley observed. "He represents huge swaths of Columbia, Maryland, and the west and northwest parts of Baltimore County. So, while it is true that he has always lived in the City and stayed close to the people in the hardest hit parts of our major City, it is also true that he represents some of the most integrated, successful, and upwardly mobile neighborhoods in America. Many of those neighborhoods are predominantly white and many are predominantly black."