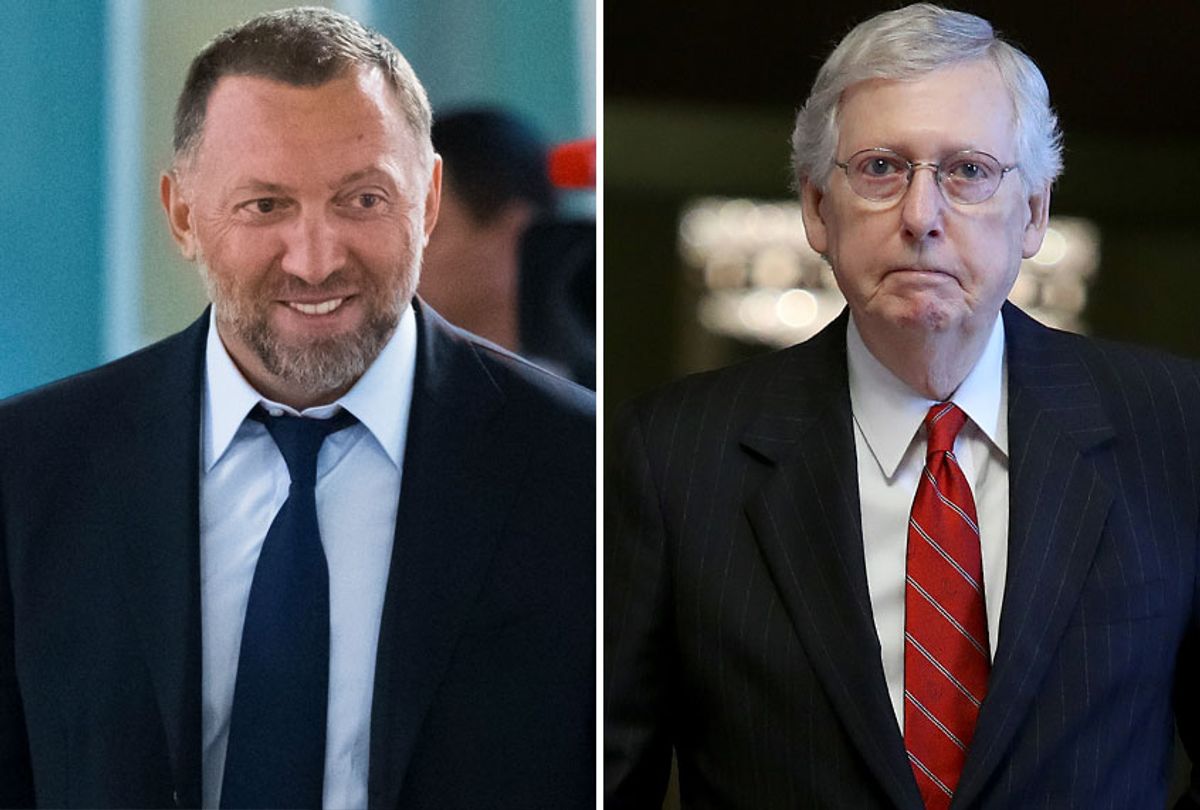 Rusal was only allowed to make the investment after the Treasury Department lifted sanctions on the company when sanctioned Russian oligarch Oleg Deripaska reportedly agreed to give up control in the firm. Deripaska, who was owed millions by former Trump campaign chief Paul Manafort and received internal campaign information from him, was sanctioned for helping the Kremlin seize land in Ukraine, ship weapons to the Syrian military, and interfere in foreign elections.

After Treasury Secretary Steve Mnuchin lifted the sanctions on Rusal in December, McConnell blocked a bipartisan effort to stop the sanctions relief in the Senate in January.

McConnell claimed in May that his support for the sanctions rollback was “completely unrelated to anything that might happen in my home state.”

“A number of us supported the administration,” McConnell said. “That position ended up prevailing. I think the administration made a recommendation without political consideration. And that’s — that was how I voted — the reason I voted the way I did.”

Lobbying disclosures obtained by Politico show that Bates and Dunn lobbied the Treasury Department and Congress on the issue, though it’s unclear whether they lobbied McConnell directly. Their firm represents Braidy Industries, which owns a large stake in the Kentucky project. The New York Times reported in May that former Louisiana Sen. David Vitter, now a lobbyist for Rusal parent company EN+, gave his former colleague a “heads up” before the deal was announced. A spokesman for Braidy Industries told Politico that the company did not “engage” Akin Gump until months after the sanctions were lifted.

Democrats have called for a federal review of the project. The calls come as McConnell is under fire for repeatedly blocking election security bills in the Senate despite stark warnings from intelligence officials and former special counsel Robert Mueller, earning the majority leader the new nickname “Moscow Mitch.”

Sen. Ron Wyden of Oregon, the top Democrat on the Senate Finance Committee, renewed calls for a national security review of the deal on Wednesday, expressing concern that that the mill will supply the Defense Department.

“Rusal’s proposed investment in a Kentucky rolling mill is deeply concerning,” he said in a statement to Politico. “The deal was announced just three months after the Senate voted to lift sanctions on Rusal, and now we learn that Majority Leader McConnell’s former staff have been lobbying for the project. The American people need to have confidence that this deal is in the country’s best interest.”