Other 2020 Democrats, like Joe Biden and Cory Booker, have not gone as far in their condemnations of the president 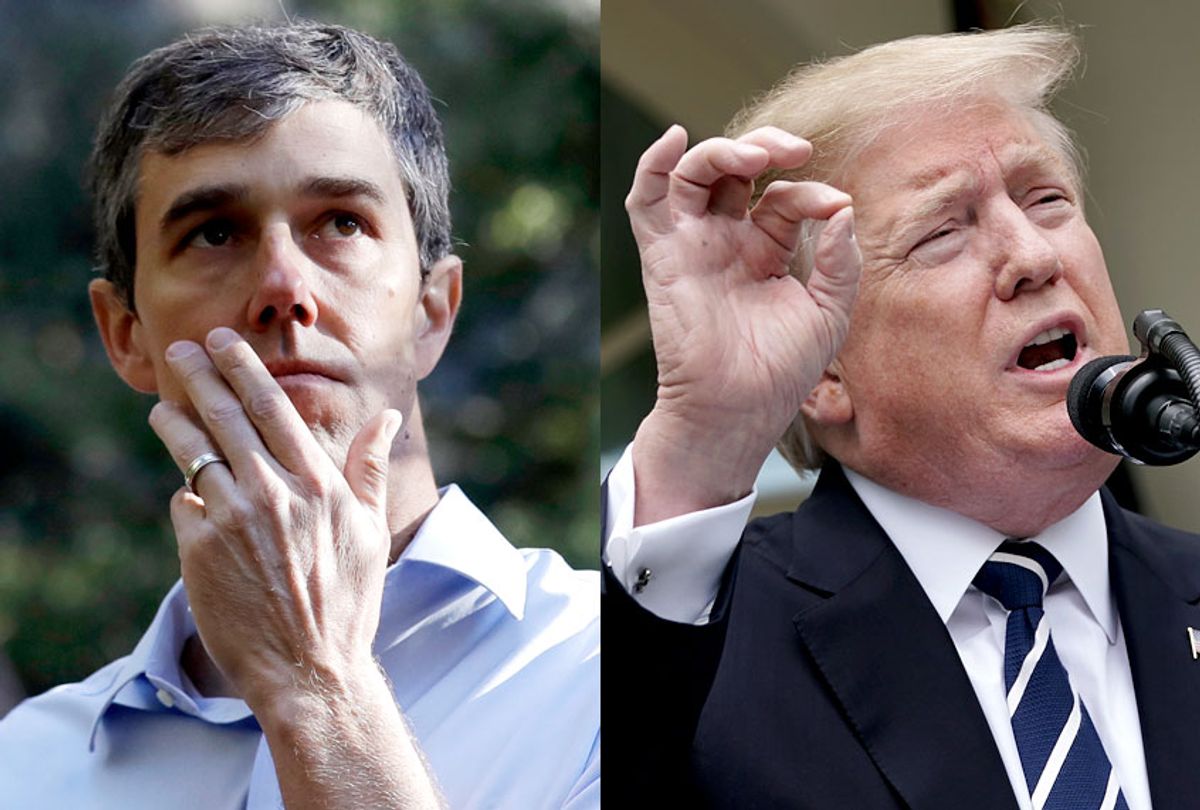 Sen. Elizabeth Warren and former Rep. Beto O'Rourke both said they believe President Donald Trump is a white supremacist — the fiercest denunciations yet of the commander-in-chief's rhetoric from Democratic presidential candidates.

Warren told the New York Times "without hesitation" that Trump is a white supremacist who has "done everything he can to stir up racial conflict and hatred in this country."

"He has given aid and comfort to white supremacists. He's done the wink and a nod. He has talked about white supremacists as fine people," Warren told the newspaper, seemingly referring to Trump's infamous "both sides" defense after the deadly white supremacist rally in Charlottesville, Virginia, where a self-professed neo-Nazi killed a counter-protester.

"Donald Trump has a central message," she added. "He says to the American people, if there's anything wrong in your life, blame them — and 'them' means people who aren't the same color as you, weren't born where you were born, don’t worship the same way you do."

O'Rourke, meanwhile, said on Wednesday that the president made it "very clear" that he is a white supremacist who has "dehumanized or sought to dehumanize those who do not look like or pray like the majority here in this country."

Federal authorities are treating the El Paso shooting as a case of domestic terrorism. Law enforcement officials still do not know what motivated the gunman in Dayton to open fire, but so far there is no evidence to suggest that he was politically or racially motivated.

Nevertheless, Trump and some Republicans in Congress have attempted to highlight the gunman's apparent support for Warren and Sen. Bernie Sanders in recent days. The president has also denied that he is racist, telling reporters Wednesday he's "concerned about the rise of any group of hate."

He tweeted later Wednesday: "The Dems new weapon is actually their old weapon, one which they never cease to use when they are down, or run out of facts, RACISM! They are truly disgusting! They even used it on Nancy Pelosi. I will be putting out a list of all people who have been so (ridiculously) accused!"

O'Rourke, who was born and raised in El Paso and represented the area in Congress for six years, has fiercely criticized Trump in recent days. He said Wednesday that the president's incendiary and anti-immigration rhetoric has inspired other acts of violence, arguing that the massacre in El Paso was "not an isolated incident" and a similar tragedy "will happen again" as long as Trump remains in the White House.

As evidence, the former congressman pointed to other deadly attacks carried out by white supremacists: the deadly Tree of Life Synagogue shooting in Pittsburgh, Pennsylvania, last October and the fire set at a mosque in Victoria, Texas, in 2017. He also pointed out how Trump laughed and joked after a supporter suggested shooting immigrants at a rally in May 2019.

"He says, 'That's OK with me,'" O'Rourke said of Trump's response to his supporter's violent remark. "He's not the source of racism in this country. This country has been racist as long as it's been a country, but he's certainly fanning the flames. He's certainly making violence like this more possible and more real."

Other Democratic presidential candidates have also denounced Trump in recent days, but none have gone so far as to directly describe the White House occupant as a white supremacist.

Former Vice Joe Biden argued Wednesday that Trump had "fanned the flames of white supremacy in this nation."

"Trump readily, eagerly attacks Islamic terrorism but can barely bring himself to use the words 'white supremacy,'" Biden said at a campaign stop in Iowa. "And even when he says it, he doesn't appear to believe it. He seems more concerned about losing their votes than beating back this hateful ideology."

Sen. Cory Booker, D-N.J., also blamed Trump for inciting violence. During a visit Wednesday to South Carolina's Emanuel African Methodist Episcopal Church, where a white supremacist shooter killed nine black worshipers in 2015, Booker said this weekend's violence was "sowed by those who spoke the same words the El Paso murderer did, warning of an 'invasion.'"

Trump, for his part, has denied responsibility for emboldening violence by racists in the past, and he publicly condemned white supremacy Monday during a televised address to the nation.

But just two days later, Trump refused to point out the role ideology played in the El Paso massacre, arguing that he is concerned about "the rise of any group of hate."

He also accused his opponents of "looking for political gain" by linking his comments to the El Paso shooting. He claimed he would like to "stay out of the political fray," even though he attempted to tie the Dayton shooter to Democrats.

Trump claimed his rhetoric "brings people together," although he then called illegal immigration a "terrible thing for our country" and claimed he has "toned down" his rhetoric.