Public transit is a better option. 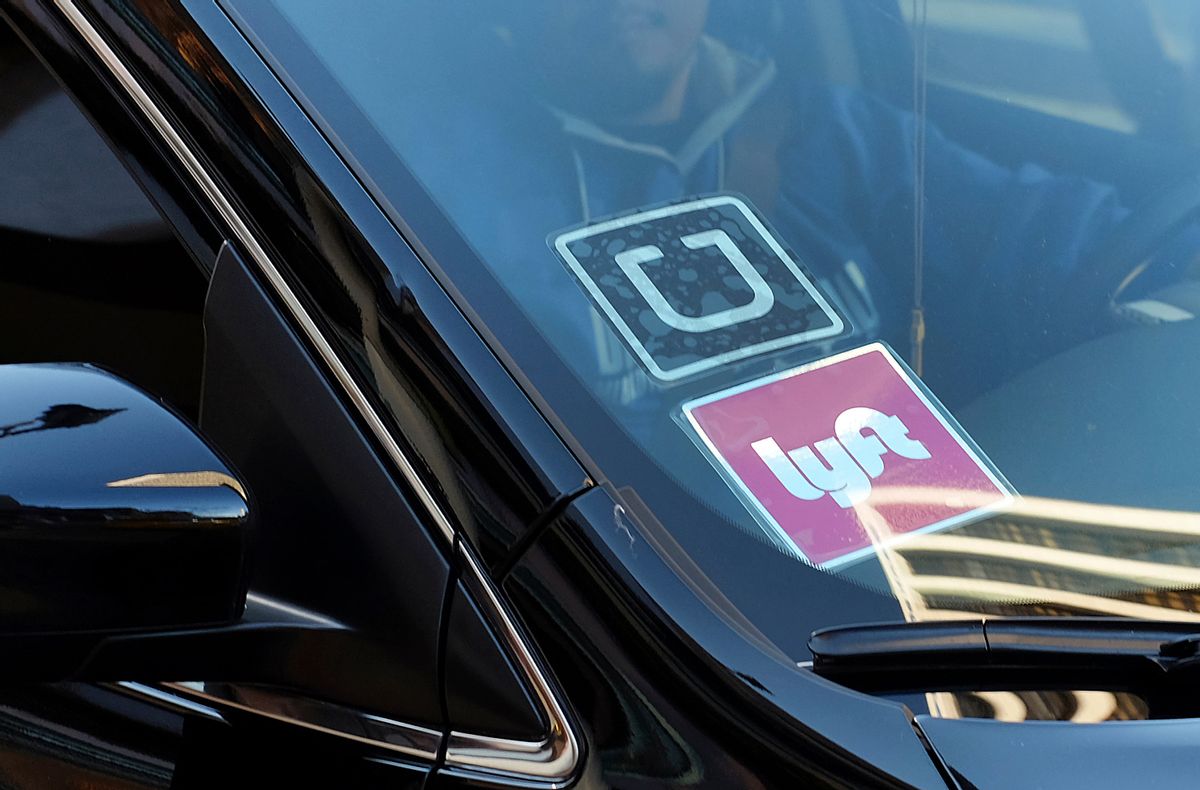 FILE - In this Tuesday, Jan. 12, 2016, file photo, a driver displaying Lyft and Uber stickers on his front windshield drops off a customer in downtown Los Angeles. (AP Photo/Richard Vogel, File)
--

Earlier this week, Uber and Lyft shared the findings of an internal study confirming what anyone who has ever had to commute in a major metro area during rush hour already knows: Ride-hailing services aren’t taking cars off the road, and they’re not reducing congestion, either.

The report, which analyzed how the two companies were used in six metropolitan regions — San Francisco, Chicago, Los Angeles, Washington, D.C., Boston, and Seattle — found that 1 to 3 percent of all the miles traveled by car in these regions were in Ubers or Lyfts. In the dense urban cores, they were responsible for an even greater proportion. In downtown San Francisco, for instance, they made up 13 percent of all miles driven by vehicles.

There’s more. According to the report, between half and a third of the time Ubers and Lyfts are on the road, they don’t have any passengers. This is called “deadheading,” and it’s just as wasteful as it sounds: Ride-hailing drivers continue to cruise around after dropping someone off, emitting greenhouse gases and contributing to traffic. All that empty-car time spent searching for more passengers represents miles driven beyond the point a ride in a personal vehicle would have ended.

Guess what has been shown to reduce traffic, while at the same time being much friendlier to the environment? Public transit. But transit often lacks the convenience of hopping into an Uber (at the exact time and place of your choosing!) and arriving at your friend’s house on the opposite side of town just in time to watch Hannah choose Jed instead of Tyler on The Bachelorette.

Public transit use is declining across the country (with a few notable exceptions), but Lyft and Uber aren’t entirely to blame. It’s not hard to come up with reasons why people might choose not to take buses or rail: Maybe there’s not a direct bus line between where you are and where you want to go; maybe the walk from the bus stop is just too far; maybe there aren’t that many bus lines that run through your neighborhood.

Lyft and Uber might not be directly responsible for clogged roads or decreasing transit ridership, but their report makes a strong case that they’re not helping to solve these problems, either — despite both companies launching carpool features in 2014.

So how is a pressed-for-time, sustainably-minded person supposed to get around? It’s certainly a tricky problem, but fortunately, there’s a new transit experiment in town. Well, in Seattle.

The Grist video team took a deep dive into the city’s partnership with Via, a new company that’s borrowing some of the convenient and responsive aspects of Uber and Lyft’s model to support traffic-relieving, environmentally sustainable public transit.

The TL;DW (too long, didn’t watch): Via, a privately designed ride-hailing platform, is sort of like if Uber only had the “pool” option, and only took you to/from the nearest transit stop. It operates kind of like a bus if bus routes shifted a little to accommodate individual riders. You can even use your city bus pass to pay for rides!

The city’s aim with the one-year pilot is twofold: improve public transit access in South Seattle, which has fewer bus lines compared to other neighborhoods, and increase ridership on the city’s light rail system. Working within small, set “zones” that correspond with light rail stops in South Seattle, Seattleites can summon a Via minivan to take them to and from transit hubs, only having to walk a block or two to get picked up efficiently.

Combining the features of ride-hailing services and traditional public transit makes more sense in some areas of the city compared to others. If you’re commuting home from a busy downtown area well-served by bus and rail lines, for example, it might be faster to get past heavy traffic by taking transit rather than a car. But some commuters still choose to drive because their destinations aren’t super close to transit stations — the so-called “last-mile” problem. Seattle is hoping that if a Via van can help get you the last step of the way — from the transit station to within a few blocks of your house — you’ll be more likely to keep public transit as part of your trip.

Even though Uber and Lyft can function like Via, the fact that Via is always in carpool mode helps eliminate single-occupancy vehicle trips (Uber and Lyft riders often choose to go solo). There’s also less of a need to deadhead with Via’s Seattle set-up because the Via vans are constantly shuttling people to or from the transit stop.

Via’s partnership with the city is still in beta mode, with only five active “zones,” and we’ll have to wait for the end of the year-long trial to see just how much or how little the experiment impacts transit ridership over time. Critics of the program say that Via wouldn’t even be necessary if the city just invested in more frequent, wider-ranging buses in areas that need it.

But the new kid might have the game to back up all the big talk. In a three-way race from downtown Seattle to a park 6 miles away in rush hour traffic, my colleagues and I found that Via was faster than taking Lyft or only sticking to the bus.

And if you still think that driving is the way to go, guess who came in a close 2nd? Yours truly, who took public transit all the way — and didn’t spend a single minute sitting in traffic.