Of course Trump would hate "The Hunt": Horror movies and social commentary go hand in hand 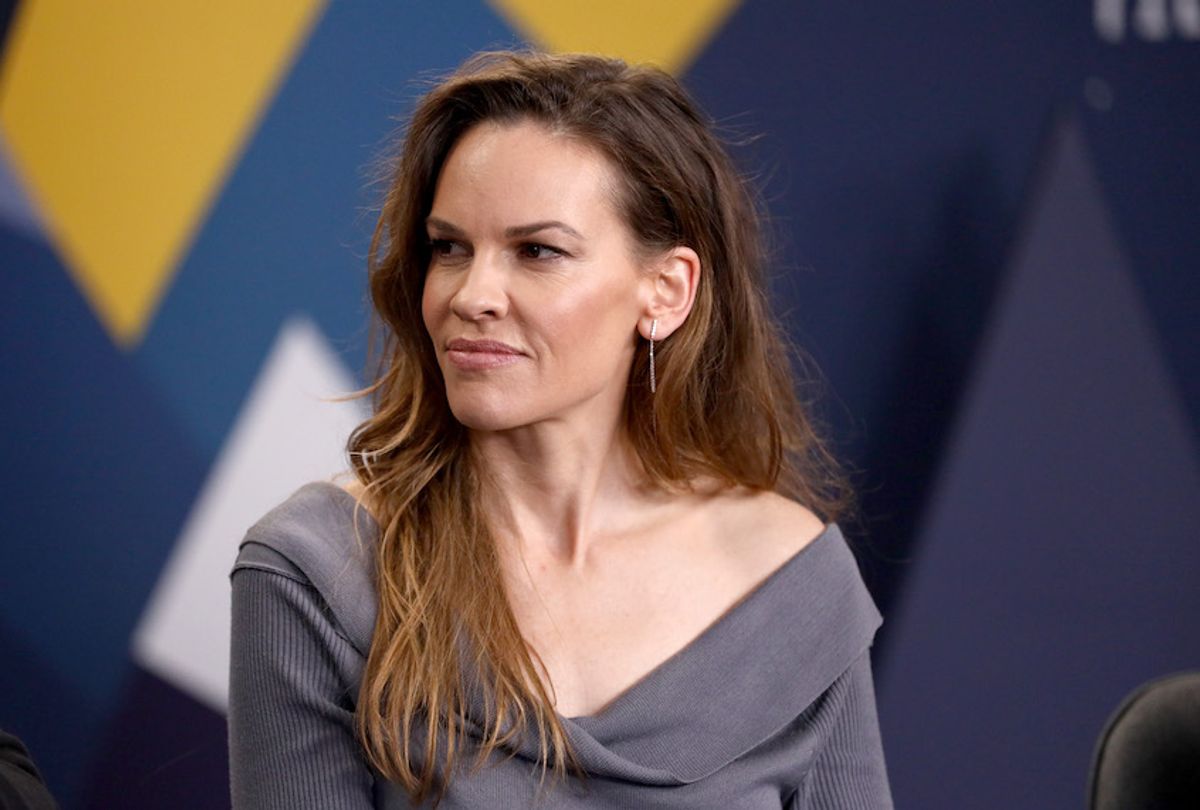 In a sad, scary way, it makes perfect sense that President Donald Trump and his fellow conservatives would want a horror film to be shelved before its premiere.

Technically, we don't know for sure whether "The Hunt" was pulled from theaters because of Trump's denunciations. Certainly it is suspicious that the decision was made after the president tweeted, "Liberal Hollywood is Racist at the highest level, and with great Anger and Hate! They like to call themselves 'Elite,' but they are not Elite. In fact, it is often the people that they so strongly oppose that are actually the Elite. The movie coming out is made in order to inflame and cause chaos. They create their own violence, and then try to blame others. They are the true Racists, and are very bad for our Country!"

Likewise, although the studio said nothing more than that it had decided to pull the film, which stars Hilary Swank, Betty Gilpin and Emma Roberts, "after thoughtful consideration," conservative network Fox News did celebrate the decision. "Cancelation of ‘The Hunt’ is a victory for gun-toting, Bible-clinging patriots," Todd Starnes wrote. Dan Bongino, who substituted for Sean Hannity on Friday, depicted "The Hunt" as "the Hollywood hate machine" that was "taking its anti-Trump derangement syndrome to disturbing new levels." Meanwhile Fox Business' Lou Dobbs declared that "The Hunt" was a "sick, twisted new movie" and that its premise of "globalist elites hunting deplorables sounds a little too real.”

In other words: While we can't say definitively that Universal decided to cancel "The Hunt" due to right-wing pressure, it certainly appears that the decision went their way. And that appearance alone is problematic — not only because it furthers the absurd myth that violence in media is somehow linked to the epidemic of mass shootings in America, but because it rewards political and cultural impulses that stifle a genre of fiction which is ideally well-suited to calling out real-world evils.

I haven't seen "The Hunt" (and perhaps never will), but its premise is clearly steeped in social commentary. It tells the story of 12 strangers called "deplorables" who are hunted by wealthy elites for sport, in what is clearly an homage to the widely-taught 1924 Richard Connell short story "The Most Dangerous Game." While the term "deplorables" suggests a contemporary Trump-related theme, there's evidence to suspect that this may be a more populist movie, given that Blumhouse tends to produce left-wing films like "Get Out" and "The Purge" series and the term "deplorables," though coined by Hillary Clinton to refer to Trump supporters, can be stretched to refer to any number of personality traits loathed by the upper classes (no matter who they vote for).

More important than the specific politics of "The Hunt," though, is the fact that it uses a horrifying scenario to shed light on actual social injustices — in its case, class conflict and the mass disempowerment that results from income inequality.

Many of the best horror films have tackled similar subjects. In 1989 the underrated "Society" (directed by Brian Yuzna) applied quite literally the idea that the wealthy are so separate from the rest of humanity that they literally toy with us for their own perverted and murderous pleasures (an idea that seems all too relevant in light of the recent revelations about accused sex trafficker Jeffrey Epstein). One year earlier, John Carpenter's "They Live" created a fantasy world in which aliens invade the planet not to destroy our cities or wage warfare, but simply so they can exploit us through the pre-established tenets of capitalism.

Other horror movies have found other ways of commenting on economic inequality and classism. In Wes Craven's 1991 sleeper hit "The People Under the Stairs," the villains are landlords who go to save lengths to keep everyone else poor while they hoard money and create a sick little world in which they have seemingly absolute power. Two of George Romero's classic zombie flicks — "Dawn of the Dead" in 1978 and "Land of the Dead" in 2005 — touch on class issues as well. In "Dawn of the Dead," the main setting of a shopping mall is used for some sly commentary on how consumerism has turned human beings into mindless drones (the zombies lurching from store to store aren't very different from living people doing the same thing). Twenty-seven years later, "Land of the Dead" created a troublingly convincing reality in which the same class structures that existed in a non-zombie world transfer over into a zombified one, with the zombies themselves seeming less monstrous than the proverbial one percent.

The horror genre is not limited to exploring class issues, of course. Many masterpieces have been that look at topics like racism (Clive Barker's 1992 movie "Candyman", Jordan Peele's 2017 "Get Out"), sexism (Bryan Forbes' 1975 movie "The Stepford Wives," John Fawcett's 2001 movie "Ginger Snaps"), homosexuality (Jack Sholder's 1985 movie "Nightmare on Elm Street 2: Freddy's Revenge," Kevin S. Tenney's 1986 movie "Witchboard") and many other hot button issues. Sometimes the movies can be overt, such as the exploration of racism in the underrated Rusty Cundieff's "Tales from the Hood" anthology series (1995 and 2018), and sometimes it's more subtle, such as how anti-Semitism is explored in John Landis' 1981 movie "An American Werewolf in London" or the barbarity of eating meat is skewered in Tobe Hooper's 1974 movie "The Texas Chainsaw Massacre."

Regardless, though, all of these films are linked by how they use the tropes of the horror genre — putting ordinary people in gruesome, frightening and bizarre situations where their minds, souls and/or lives are in danger — to make larger points about society. The advantage of horror is that it can strip away the conventions of straight drama, which by its nature is limited to trying to stay "realistic," and make larger points about society by amping everything up.

In the process, great horror satire can force viewers to question whether — if the needle on reality was moved just a few degrees in one direction or the other — the seemingly impossible stories being told on screen couldn't happen in real life.

Take "Get Out." The genius of Jordan Peele's premise is that it involves racists who believe that, because they are occupying black bodies and living as black people themselves, they cannot possibly be bigoted (the violated rights of the African Americans being thereby enslaved doesn't factor into their thinking).

Or look at "They Live," which makes a surprisingly plausible point about what an extraterrestrial invasion might actually look like simply by juxtaposing it with the way real human beings exploit each other in our neo-imperialist era (why wouldn't aliens simply want to take advantage of us for our money, as opposed to spending their money blowing up our skyscrapers for no apparent reason?)

In "The Texas Chainsaw Massacre," one of villains gleefully describes how livestock are converted into delicious meat products, foreshadowing the methods that will eventually be used to dispatch the human characters for the consumption of a family of cannibals. And in "The Stepford Wives" (the original, not the wretched and pointless remake), sexism is skewered by showing how the male expectations of women in a patriarchal society reduce them to figurative (or literal) robots.

Would "The Hunt" have achieved the incisiveness of any of its classic predecessors? I can't say without seeing it. Nevertheless it is a testament to the power and vitality of the horror genre that one of its own could prompt such a wrathful reaction from the right. More importantly, the fact that a movie may have been shelved after pressure from a president intent on distracting the public from an epidemic of mass shootings is just a further example that our world isn't as different from that of horror movies as we might like to think.