"Climate change is the perfect enemy," Fox's Pete Hegseth claims. "They get to control your life to deal with it" 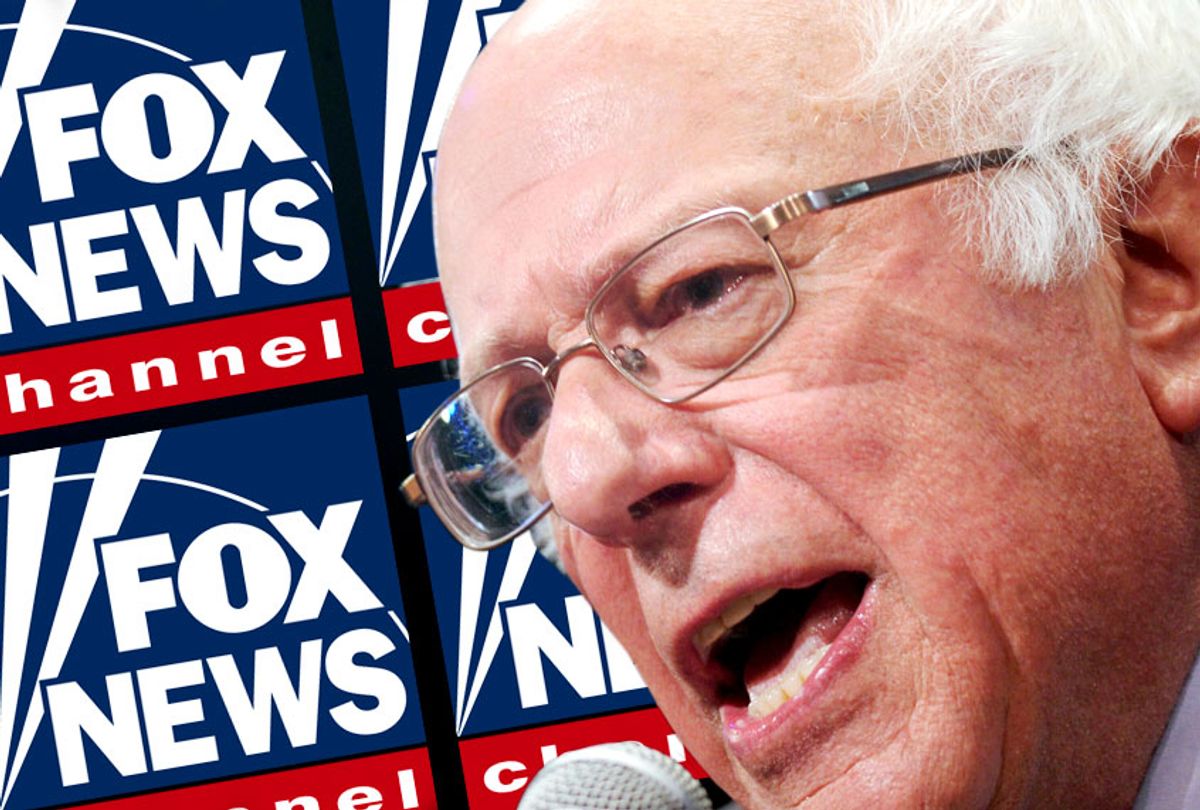 Fox News' Pete Hegseth told "Fox & Friends" viewers on Tuesday that Democrats are only concerned about climate change, because it is a "religion" that allows them to "control" people.

After reviewing a clip of Sen. Bernie Sanders, I-Vt., identifying climate change as America's biggest national security threat, Hegseth expressed dismay at the fact that the 2020 presidential candidate had not focused instead on "radical Islam."

"The left says it all the time. This is what they believe. It is their religion," Hegseth said. "They want to fight the weather. The rest of us want to deal with real threats that want to take away our freedoms. And think about four years ago. What was that, 2015? ISIS was still, you know — this was during Obama's term. ISIS was still a huge problem. The caliphate was there. President Trump ran on destroying ISIS, which he did to their physical caliphate. Now there's remnants that we need to be concerned about today."

"That's taking on a real threat directly. Whether it's hot or cold, the enemy is here, as far as liberals are concerned. And it's all about control for them," he continued. "That's why climate change is the perfect enemy. They get to control your life to deal with it no matter what's happening."

After co-host Ainsley Earhardt affirmed her agreement, Hegseth continued that "that makes sense for Bernie. By the way, it's what they're learning in college across the board. They're not learning about radical Islam. They're learning about environmentalism and radical environmentalism, and they're being told it's the most important thing. All those kids going to schools — public and private. That's why these messages catch on: It's because young kids voting believe it."

from purging climate science out of government studies and weakening environmental regulations to pulling the United States out of the Paris climate accord, President Donald Trump has worked hard to thwart efforts to address climate change.

Despite the dismissive attitude of conservatives like Trump and the "Fox & Friends" co-hosts, the overwhelming scientific consensus is that climate change is real, caused by human activity and poses an existential threat to civilization.

"There will be and already is major consequences and they grow over time. It does not look good," Kevin Trenberth, a distinguished senior scientist in the Climate Analysis Section at the National Center for Atmospheric Research at the University Corporation for Atmospheric Research, told Salon last year. "The effects are always local but there are more and more of them and the consequences are major. These includes floods and drought, heat waves and wild fires."

Michael E. Mann, a climatologist and geophysicist who is currently director of the Earth System Science Center at Pennsylvania State University, told Salon in May that "in George W. Bush’s own words, we are 'addicted to fossil fuels.' Carrying the metaphor one step further, fossil fuel interests and the politicians and front groups who do their bidding are the drug pushers, while we are the victims. Let’s point the finger at those who are to blame!"