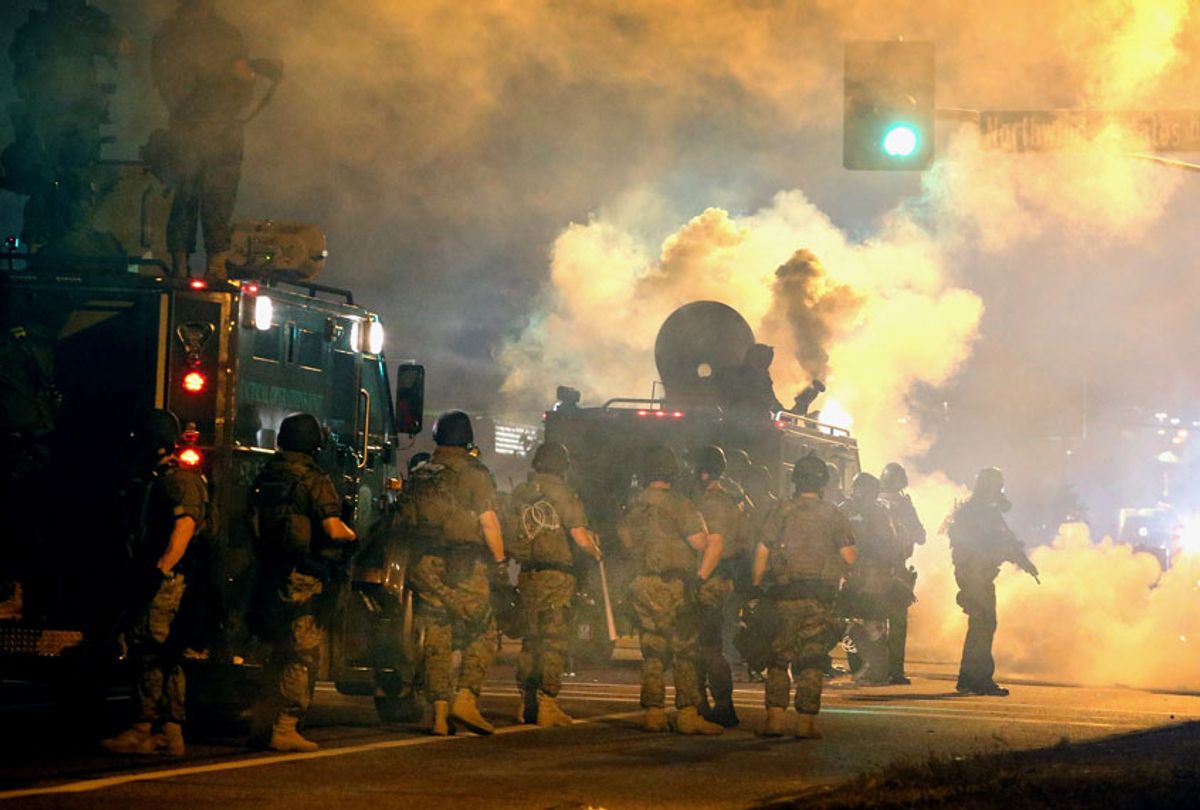 The FBI ranked black nationalists and animal rights activists as bigger threats than white supremacists and terror groups like al-Qaida among their official counterterrorism priorities, according to leaked FBI documents obtained by The Young Turks.

The documents show that the FBI’s official Consolidated Strategy Guide, which lists the bureau’s counterterrorism priorities, continues to focus on “black identity extremists,” well after the bureau assured Democrats in Congress that it would stop using the term after a 2017 internal FBI report that included the phrase was published by Foreign Policy.

In a 2018 strategy guide obtained by The Young Turks’ Ken Klippenstein, the FBI not only used the term but referred to “black identity extremists” as a “priority domestic terrorism target.” The documents did not mention any specific attacks, though it did list examples of high-profile white supremacist attacks, which were ranked a lower priority.

In 2020, the FBI changed the term again to “Racial Motivated Violent Extremism” but still included most of the previous definition for “Black Identity Extremist.”

“RMVEs [Racially Motivated Violent Extremists] use force or violence in violation of criminal law in response to perceived racism and injustice in American society, or in an effort to establish a separate black homeland or autonomous black social institutions, communities, or governing organizations within the United States,” the 2020 guide said.

According to previous guides, the FBI believes that the threat originated from the Black Lives Matter movement in response to the 2014 shooting of Michael Brown in Ferguson, Missouri.

“The FBI judges BIE perceptions of police brutality against African Americans have likely motivated acts of pre-meditated, retaliatory lethal violence against law enforcement,” the 2018 guide said. “The FBI first observed this activity following the August 2014 shooting of Michael Brown in Ferguson, Missouri, and the subsequent acquittal of police officers involved in that incident.”

The 2018 guide also revealed that the FBI intended to counter the threat of black identity extremists with an operation called IRON FIST, which included undercover operatives:

It is challenging to get sources into BIE groups, due to security measures these groups employ. The vetting process and time investment to gain access to leadership in BIE groups is very lengthy. The use of undercover employees and online covert employees in BIE investigations would provide valuable intelligence to assist in mitigating the threat. IRON FIST will accomplish this by identifying actionable intelligence to directly support the initiation of FBI investigations and augment current efforts directed against BIEs. … In addition, FBIHQ works to develop potential CHS [Confidential Human Sources] and conduct assessments on the current BIE CHS base. … Many BIEs are convicted felons who are prohibited possessors, therefore the FBI will continue to use their prohibited possessor status as a tactic to assist in mitigating the threat for potential violence.

While the FBI designated black identity extremists as a “priority” threat, the same documents referred to “White Supremacy Extremists” as a “medium threat.” The term was later rolled into the “Racially Motivated Extremism” term in 2019.

Though the Racially Motivated Extremism term was used to label black identity extremists, all the incidents of violence cited as examples in the guide referred to attacks carried out by white supremacists, such as the synagogue shootings in Pittsburgh and Poway, California, and the mosque attacks in Christchurch, New Zealand. Last month, FBI Director Christopher Wray said the majority of domestic terror cases the agency has investigated “are motivated by some version of what you might call white supremacist violence.”

“The FBI further judges ongoing attrition of national organized white supremacy extremist groups will continue over the next year, yielding a white supremacy extremist movement primarily characterized by locally organized groups, small cells, and lone offenders,” the guide said. “Infighting and lack of leadership have made it difficult for groups to organize nationally and to sustain their memberships and influence. The internet and the emergence of social media have also enabled individuals to engage the WSE movement without joining organized groups.”

The American Civil Liberties Union warned in a statement that there is “no indication that IRON FIST or any other programs used to target Black people for surveillance has been dismantled.”

“The Black Identity Extremist label is baseless, and earlier this year, bureau director Wray testified that the label is no longer in use. But, based on these documents, it appears that the FBI simply renamed the label,” said Nusrat Choudhury, deputy director of the ACLU’s racial justice program. “These documents suggest that the FBI under Trump continues to prioritize criminalizing Black dissent while minimizing the threat of white supremacy.”