In states where cannabis is legal, emerging research shows “a 15 to 20 percent decline in alcoholic beverage sales” 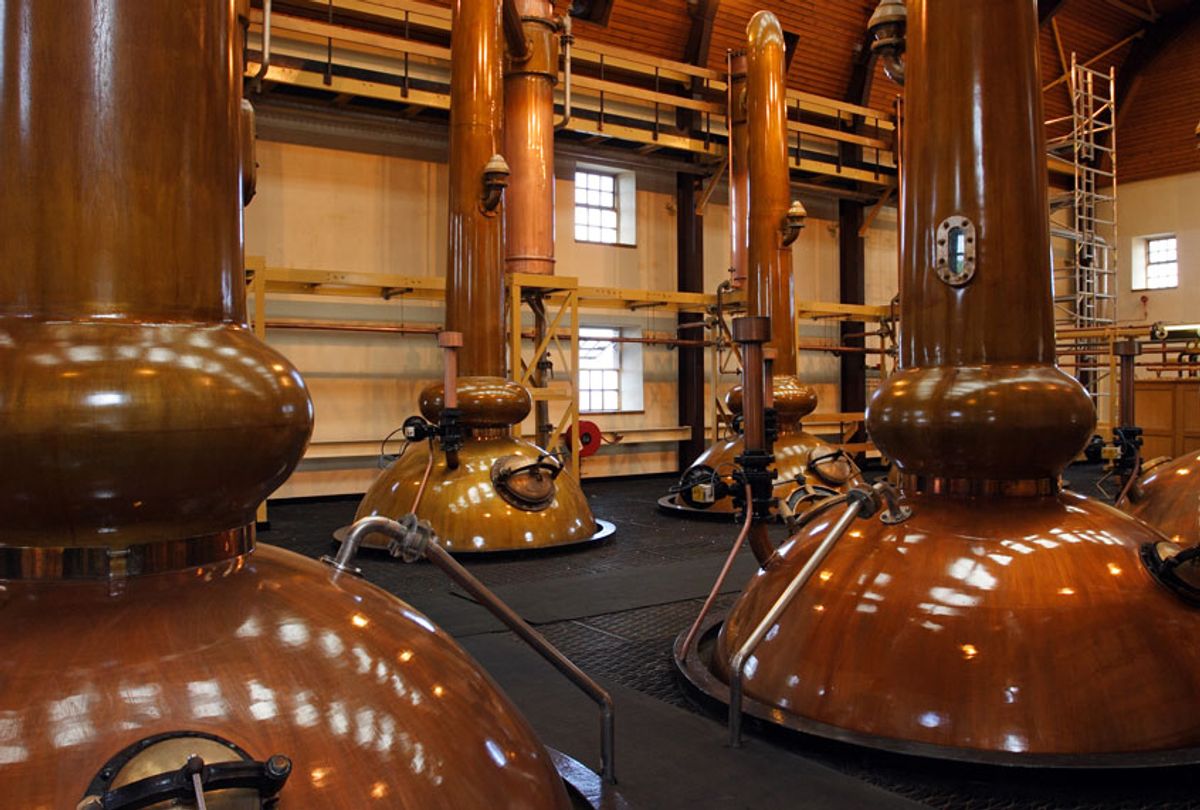 Every few seasons, a single ingredient or technique seemingly takes the cocktail world by storm like shrubs, activated charcoal, milk washing. Cannabis and hemp are the latest to spike into ubiquity.

Now, some members of the spirits industry are looking to cash in on the trend long before their products are ever mixed at bar by incorporating cannabis and hemp in the distillation process. It’s a practice that is testing the limits of current spirits labeling laws, and one which distillers like Ted Dumbauld believe could have a pay-off as cannabis and spirits industries increasingly compete for the same dollars from consumers.

“About five years ago, a friend of mine had invested in a medical cannabis company in Connecticut, and the company was about ready to go out of business,” Dunbauld told Salon via phone. “So he implored me to take a look at the company and join as a CEO, which I did, and I also invested in the company.”

“So after helping that company get back on a steady footing or during that process, I needed to learn as much about the medical cannabis industry as possible," he continued, "because I did not have a background in it.”

In 2016, Dunbauld attended a hemp conference in Kentucky, and fittingly, had a glass of bourbon after one of the day’s sessions had concluded — and that gave him a kernel of an idea.

“I said, ‘Wait a second, here's this plant that has not been able to be cultivated in the United States for almost 80 years, and one of the products coming off of the plant are these hemp seeds, which are not too dissimilar from some other grains that are used to make whiskey,’” he said. “I thought it might be able to use those hemp seeds to make a very interesting, different-tasting whiskey.”

Dunbauld started in his basement on a small pot still before finally developing a formula he wanted to scale-up and get on shelves in Connecticut. That’s when the federal government got involved, and things got complicated.

Whiskey is a grain spirit, and until recently, that “grain” had been limited in the eyes of the Treasury Department's Alcohol and Tobacco Tax and Trade Bureau (known as the TTB) to four specific crops: barley, corn, rye and wheat.

Earlier this year, I wrote for NPR’s “The Salt” about how some distillers, like Nashville's Corsair Distillery, had pushed back against that restrictive definition so they could use alternative grains and pseudocereals, specifically quinoa, in their whiskeys. Other beverage producers had already received the green light to use the ingredient in their products: A French distillery named FAIR launched quinoa vodka in 2012, while several craft breweries, like Altiplano and Aqotango, make quinoa beers.

At first, the TTB wanted Corsair to classify the spirit as quinoa rum, then as a “neutral spirit,” a clear liquid distilled from a grain-based mash that holds a high ethanol content. Neither term was really accurate, as the product did not contain any fermented cane product, and it has been barrel-aged, a process more associated with whiskey than neutral spirits.

Finally, on Dec. 3, 2018, the TTB outlined a new definition for what crops count as grains as part of a 132-page list of updated recommendations for the labeling of beer, spirits and wine. Per the proposal, the list of whiskey grains now includes "cereal grains and the seeds of the pseudocereals amaranth, buckwheat and quinoa."

That was a big deal for Corsair Distillery, but not so much for Sono1420. Hemp seeds, which are actually technically a nut, were not included in the updated list. Despite the fact that Dunbauld’s mash bill — the combination of grains which are cooked and fermented to begin the whiskey-making process — included only 10 percent milled hemp seeds, he still could not call it whiskey.

“So the product is labeled very specifically as a ‘spirit distilled from grains and hemp seed and finished in oak barrels,’” Dunbauld said.

Sono1420’s whiskey-ish spirit is on shelves in Connecticut, and the company has applied for distribution in other states, especially those which are explicitly cannabis-friendly, although that process is slow-going.

“Sometimes, you might have an educational process to educate the local authorities that what we're doing is 100 percent federally legal,” Dunbauld said. “But with the federal labels and formulas, we have not found that to be a problem so far.”

Dunbauld also said his company will aggressively continue to push TTB representatives to broaden the list of approved whiskey ingredients so their product can finally be officially labeled as such.

But why continue working with an ingredient — one that takes up a marginal amount of the mash bill — which has caused so much hassle?

A large part of it, Dunbauld said, is the increasing competition between the spirits and cannabis industries.

“My firm belief is that there is a collision course between alcoholic beverages and the cannabis world,” Dunbauld said. “In those states where cannabis has been legalized, emerging research does seem to indicate there's anywhere from a 15 to 20 percent decline in alcoholic beverage sales.”

“And the large alcoholic beverage companies are deathly afraid of cannabis because of its potential to take market share," he continued.

And current statistics point to an increased demand for hemp.

According to new data from the Department of Agriculture, U.S. farmers have more than quadrupled land planted with hemp in the past year, from 27,424 acres in August 2018 to 128,320 acres. This also comes after the passage of the 2018 Farm Bill, which removed industrial hemp and its extracts, like flowers rich in CBD, from Schedule I of the Controlled Substances Act, where they might have been interpreted as marijuana.

In response, a plethora of lifestyle brands — ranging from skincare lines, to pet spas to cocktail companies — have hitched their wagon to the shooting star that is CDB. As Miles Klee wrote for MEL Magazine last week, we’re reaching “jumped the shark” territory: CBD toothpicks, CBD pizza, CBD hotdogs and even CBD lube.

Dunbauld insists that although he thinks his hemp-infused spirits are in a good spot to financially compete in the cannabis vs. alcohol spending war, it is more than just a gimmick. The inclusion of the hemp seeds, he said, adds something new to the flavor profile of the whiskey.

“Especially on the finish of our whiskeys, you get a bit of a nutty flavor that you would not pick up and other whiskeys,” Dunbauld said. “The second thing is that hemp seeds are an oil seed, so compared to the standard grants which are mainly carbohydrates, oil seed has a much fuller mouth feel.”

Industry professionals indeed seem to agree that there is something special about Dunbauld’s products. Both his hemped grain spirit and rye garnered silver medals in their respective categories at the San Francisco World Spirits Competition last year.