Walsh, who once suggested people should revolt if Trump lost in 2016, is now thinking of opposing him in 2020 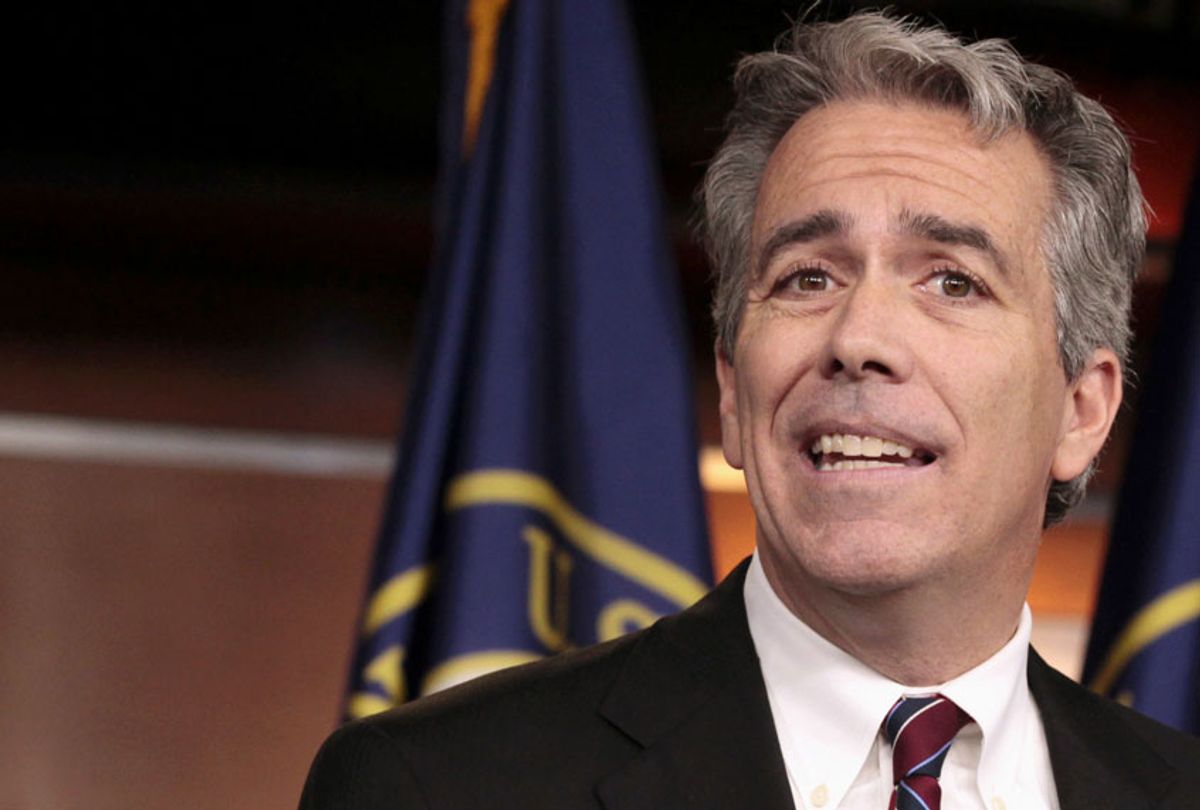 Former Rep. Joe Walsh, who served a single term as a congressman from Illinois before becoming a right-wing radio host, is contemplating opposing President Donald Trump in the 2020 Republican primaries.

Referring to the president as an "unfit divider-in-chief," the Illinois congressman told Politico on Wednesday that "if I’m to do it, it’s going to happen soon. I’ve been really surprised by the amount of anxiousness from people across the spectrum who want this president to have a challenge, because there’s just a real concern that he’s absolutely unfit."

Walsh also expressed confidence in his ability to mount a serious challenge to Trump despite the president's popularity within the Republican Party and considerable fundraising efforts.

"Abso-freaking-lutely. There’s a drumbeat from a lot of people out there for somebody who wants to take this on," Walsh told Politico when asked about Trump's advantages. He later added, "I think if there is an alternative out there, the money will follow."

No incumbent president has faced a serious primary challenge since President George H. W. Bush was opposed by right-wing firebrand Pat Buchanan in the 1992 Republican primaries. The last incumbent president to seek his party's nomination and be denied it was President Chester Arthur, who lost at the 1884 Republican National Convention to Sen. James G. Blaine of Maine.

Three years ago it would have been unlikely for Walsh to be considered as a likely opponent to Trump. In October 2016, one month before that year's presidential election, he controversially tweeted, "On November 8th, I'm voting for Trump. On November 9th, if Trump loses, I'm grabbing my musket. You in?" He later defended himself to CNN's Jake Tapper by saying, "It means protesting. Participating in acts of civil disobedience. Doing what it takes to get our country back. We're talking about a musket. I could've said grab your slingshot and let's go. Metaphorically, I meant grab your muskets, if Trump loses, man, we're going to do what we have to do. We're going to protest and boycott and practice civil disobedience. We may start a third party. We're going to do a lot of things to get our country back, that's what I meant."

Since that time, however, Walsh has emerged as a harsh critic of the president, writing in a New York Times op-ed earlier this month that Republicans blindly supporting Trump are not following "a smart electoral strategy. It’s one of the many reasons Mr. Trump is ripe for a primary challenger. In fact, it would buck the historical trend if he didn’t have one. More often than not, unpopular presidents face primary challengers." He later wrote that while he had preferred Trump over Democratic nominee Hillary Clinton in 2016, he realized now that "I couldn’t support him because of the danger he poses to the country, especially the division he sows at every chance, culminating a few weeks ago in his ugly, racist attack on four minority congresswomen. The fact is, Mr. Trump is a racial arsonist who encourages bigotry and xenophobia to rouse his base and advance his electoral prospects. In this, he inspires imitators."