Alton Brown's delightfully nerdy, utterly satisfying "Good Eats" is back — and not a moment too soon 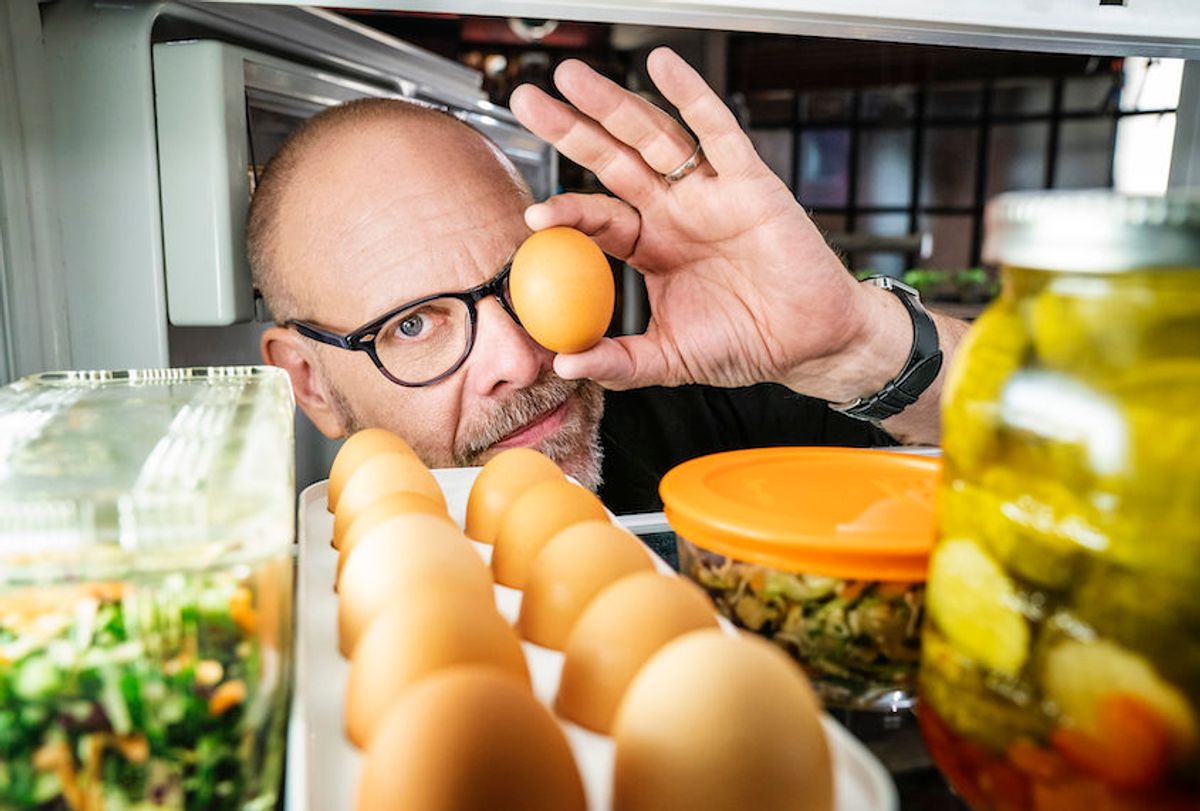 Over the weekend, a video tutorial for a “deep fried BBQ chicken-stuffed pizzadilla” entered the Twittersphere. The recipe, originally published on the Facebook page of the UK-based website Twisted Food, is demonstrated in a familiar upbeat, step-by-step style. But the “pizzadilla” itself is troubling; crafted from a stack of BBQ chicken quesadillas, which have been chilled and subsequently deep-fried into a series of thick, crisp wedges.

Once arranged in a circle, they are covered with tomato sauce, mozzarella cheese, pepperoni and popped under the broiler. After cooling, the slices are meant to be dipped in a ten-ingredient dill ranch sauce.

This complex, carefully-plated heap of junk sparked a kind of morbid interest from people all across the platform — from model and cookbook author Chrissy Teigen (“I’d eat that bbq chicken stuffed tortilla pizza thing”) to People’s food editor Shay Spence, who spent over five hours and $80 making what he deemed to be “truly one of the most vile things [he’d] ever eaten.”

The pizzadilla’s advent isn’t incredibly surprising. “Gross Facebook food videos” are now a well-established genre, born out of the success of Buzzfeed’s Tasty vertical, which now brands itself as the “biggest food network in the world.” These videos are, in many ways, antithetical to the current cresting wave of prestige food television —“Chef’s Table,” “Ugly Delicious,” “Salt, Fat, Acid, Heat" — but feel like an inevitable extension of the “stand and stir” cooking shows of yesteryear.

As a whole, the world of food content in 2019 is a true melting pot — fast-paced, deep-dive, competitive, endearing, entertaining, educational, ground-breaking, gimmicky. And this is the world to which Food Network favorite “Good Eats” has returned, in many ways as much the anomaly now as it was when it first aired 20 years ago.

On Sunday night, “Good Eats: The Return” opened on host and creator Alton Brown standing in front of a giant American flag. For original fans of the series, the image is a familiar signifier: we’re going to dive into an American classic that has the potential to be prepared poorly. This week, it’s chicken parmesan.

“The cheese is gummy, the sauce insipid, the breading dissolved into library paste a long time ago,” Brown says, pushing the cutlet around on the plate. “How did this happen and how do we fix it? It’s a complex case to be sure, but well within the wheelhouse of…” Cut to that familiar theme music, a group of vocalists chiming in to finish the sentence: “Good Eats.”

When it first aired in 1999, “Good Eats” was unlike any other cooking show on the Food Network, from the way it was filmed — with twisty Dutch angles, and cameras placed inside refrigerators and ovens — to the content. Brown was like the Bill Nye of the kitchen, breaking down with a nerdy charm how an understanding of science can be harnessed to better the outcome of favorite recipes. Each episode was packed with history, skits and familiar characters.

The show ran until 2011, teaching viewers, including me, how to properly roast a chicken, make a fool-proof chocolate chip cookie (known as “The Chewy”) and decide which kitchen gadgets were a waste of money.

Since then, Food Network has experienced a pretty seismic shift in its programming. The network’s original lineup was a pleasant extension of public television offerings like “The French Chef” and food travel programs. Now, flipping on the Food Network is an invitation to spend another day in the Flavortown Colosseum — the programming an equal mix of Guy Fieri and increasingly absurd competition series (including “Cutthroat Kitchen” hosted by Brown, wherein contestants would have to complete dishes under a time crunch with various disadvantages, like having to cook blindfolded, assigned by competitors).

During this time, our cultural relationship with chefs and cooking industry changed as well. Programs like Anthony Bourdain’s “Parts Unknown” demonstrated food as a lens through which place could be explored, while documentaries like “Jiro Dreams of Sushi,” which was released to critical acclaim in 2012, demonstrated a kind of perfectionist expertise that inspired a deeper appreciation of cooking, not just as a hobby or career, but a potential calling.

Simultaneously, the introduction of blogs, vlogs and social media democratized the culinary world; it seemed everyone could have a hand in shaping the food industry and its trends. With so much new food content floating around now where does “Good Eats: The Return” fit in? The simple answer is that it doesn’t — it never has — and that is a good thing.

It’s not #foodporn, it’s not manufactured drama, it’s not a relapse into basic “stand and stir” television. By the end of the chicken parmesan episode, viewers know how to set up a frying station, butterfly and pound a chicken breast, and generate a rich tomato sauce through caramelization.

Along the way, we learn how immigration played a role in the recipe’s original development, and come face-to-face with Brown’s longtime “nemesis” Koko Karl (Bret Hansard), who tries to sell off “certified” San Marzano tomatoes that may or may not be from the region.

Brown’s show fills the same void that it did two decades ago, satisfying a collective hunger for both good food and good food television. In a way, the opening of the first episode of the season, shot in front of that oversized flag, is an apt metaphor for the return “Good Eats” as a whole — a promise that this American classic will be brought back to the table in a smart, satisfying fashion. I look forward to the future courses this season brings.