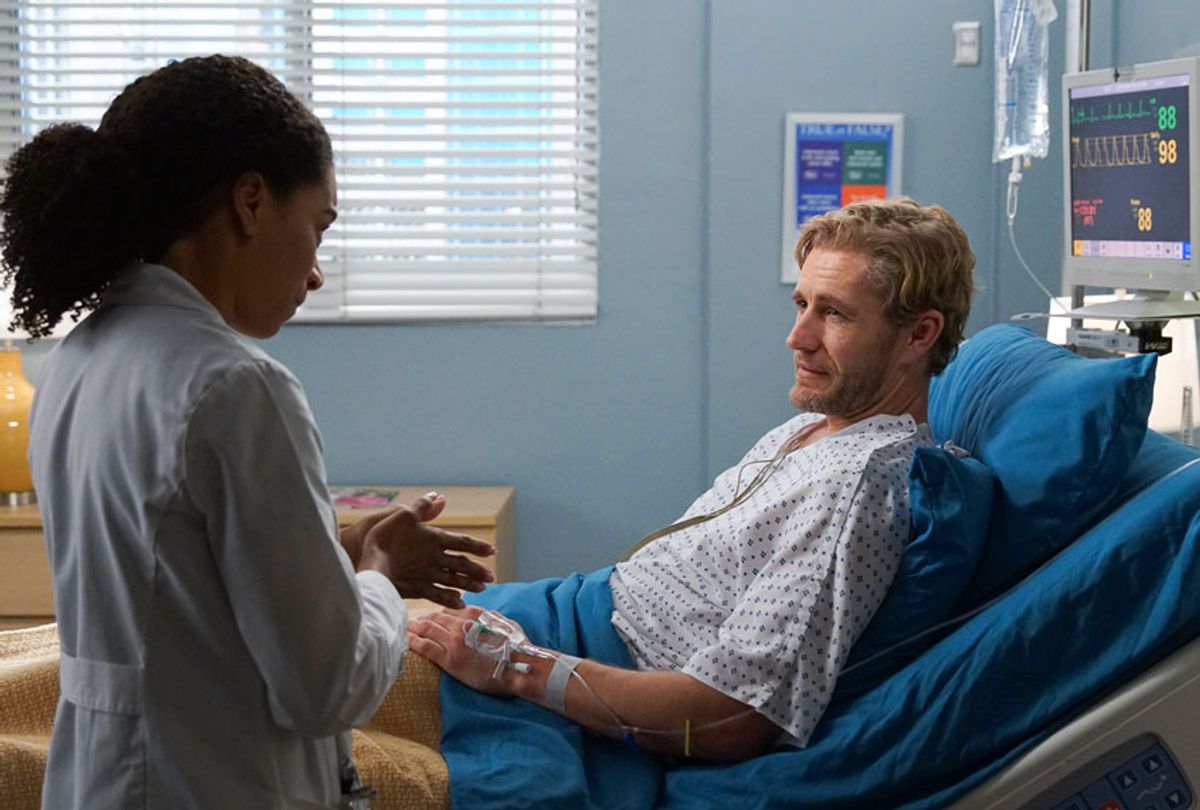 “Modern Family” star Sarah Hyland and writer Emily V. Gordon are partnering up for a new ABC comedy, The Hollywood Reporter reports. Both women will executive produce the series alongside “This Is Us” showrunners Isaac Aptaker and Elizabeth Berger.

There aren’t many details about the as of yet unnamed comedy series, but initial reports say it will be based on the personal lives of its creators, which has led to speculation that the series will, in some way, tackle the topic of chronic illness. Hyland was born with kidney dysplasia, and has undergone dialysis and two kidney transplants as a result. She was also diagnosed with endometriosis, a painful reproductive health condition.

In 2007, Gordon found out she had adult-onset Still's disease (AOSD), a rare form of arthritis that can shut down major organs when left untreated; her diagnosis was the basis of the 2017 film “The Big Sick;" Gordon and her co-writer, husband Kumail Nanjiani — who also starred in the critically acclaimed romantic comedy — earned an Academy Award nomination for best original screenplay.

General awareness about chronic illness — which is defined by the U.S. National Center for Health Statistics as a disease lasting three months or longer, and includes heart disease, diabetes, cancer and arthritis, as well as other lesser-known “invisible illnesses” — is still spotty.

The April 2018 Kaiser Health Tracking Poll found that only about three in ten of the public, roughly 29%,  are aware of the prevalence of chronic disease in this country.

This is despite the fact that, according to a 2014 report from the National Health Council, approximately 133 million Americans — representing more than 40% of the total population of this country — have a chronic illness. By 2020, that number is projected to grow to an estimated 157 million, with 81 million having multiple conditions.

Meanwhile, depictions of characters with chronic illness on television are sparse, and in the rare instance they are portrayed, the writing is frequently ground in inaccuracies. Mystery diagnoses involving these illnesses are often the main sources of episodic climaxes on shows like “House” and “Grey’s Anatomy,” which either ramp up the symptoms for drama, or make them more palatable for television audiences (I’m thinking of the episode of “Grey’s” that involved a patient with cyclic vomiting syndrome).

But even worse is when chronic illness is invoked for laughs.

Take the Netflix comedy series “Haters Back Off,” which follows the life of talentless YouTube sensation Miranda Sings, who somehow continues to fail-up in life. She is flanked by her quirky family, including her mother, Bethany (Angela Kinsey), who often complains of her “undiagnosed fibromyalgia.” She walks around with wrist braces, arm slings and neck braces she doesn’t need and is characterized by the show writers as a major hypochondriac desperate for attention.

The show drew a lot of attention from the fibromyalgia community; there were Reddit boards, filled with usernames like imnotbethany, dedicated to the potential ramifications of the show for people who deal with the misunderstood illness, one that was already dismissed in the pilot episode of “House” when a man (listed in the credits as Tired Man) comes in complaining of massive fatigue and inquiring about fibromyalgia, and Dr. House (Hugh Laurie) prescribes him eight hours of sleep.

Some shows have tried to be more nuanced in their portrayals of chronically ill characters.

In Lena Dunham’s 2018 HBO drama “Camping,” Jennifer Garner played a woman who suffered from an unspecified series of diagnoses that result in chronic pain — which she painstakingly documents on her “pretty popular” Instagram account. Her character is seemingly ready-to-burst with crippling control issues; she’s decidedly unlikable, which executive producer Jenni Konner said in a 2018 interview with Bustle was intentional.

“That was one of the things that was really interesting to me about watching [Garner] in this part because she is in so much pain and she is so uncomfortable and she has been for so long," Konner says. "But she's hit this point where she's so angry about it and she just has to keep reminding people, every minute, what she's feeling because they won't acknowledge it or see it in the way she needs them to."

But the writing of Garner’s character, who uses her illness to emotionally manipulate friends and family,  ultimately failed at engendering any major sympathy and slips in and out of caricature, like when she goes to the local ER, becomes short with the staff, and starts clicking on a row of machines to perform a series of medical tests on herself.

Our current media landscape is becoming more inclusive. I think of shows like “Atypical,” “Special,” and “Speechless,” with center on characters who are neurodiverse or have mobility and communication challenges or differences.  Additionally, this summer brought two unscripted shows, “Chasing the Cure” (TNT/TBS) and Netflix's “Diagnosis,” which feature real patients struggling with chronic illness in real-world settings.

Earlier this summer, Salon’s Melanie McFarland interviewed journalist Ann Curry, who signed on to produce and host “Chasing the Cure,” which connects people who are suffering from undiagnosed conditions with medical professionals from all around the world; on its face, it sounds a little bit like a televised version of WebMD, but Curry says the show is deeply empowering for its participants, and for viewers, as well.

“Our project is about people who are suffering from undiagnosed or misdiagnosed illnesses or who are underserved, bringing them in front of the public and connecting them with highly trained doctors, giving them an opportunity to find answers that they haven't had before,” Curry said.

But the current scripted depiction of chronic illness is severely lacking, and that lack of representation can have real-life consequences: a 2014 study by JE Chung found that “heavy viewers of medical dramas tend to underestimate the gravity of chronic illnesses.” If Hyland and Gordon’s upcoming show offers a perspective as nuanced as their lived experiences, perhaps it could serve as some kind of remedy for a collective lack of understanding or awareness.