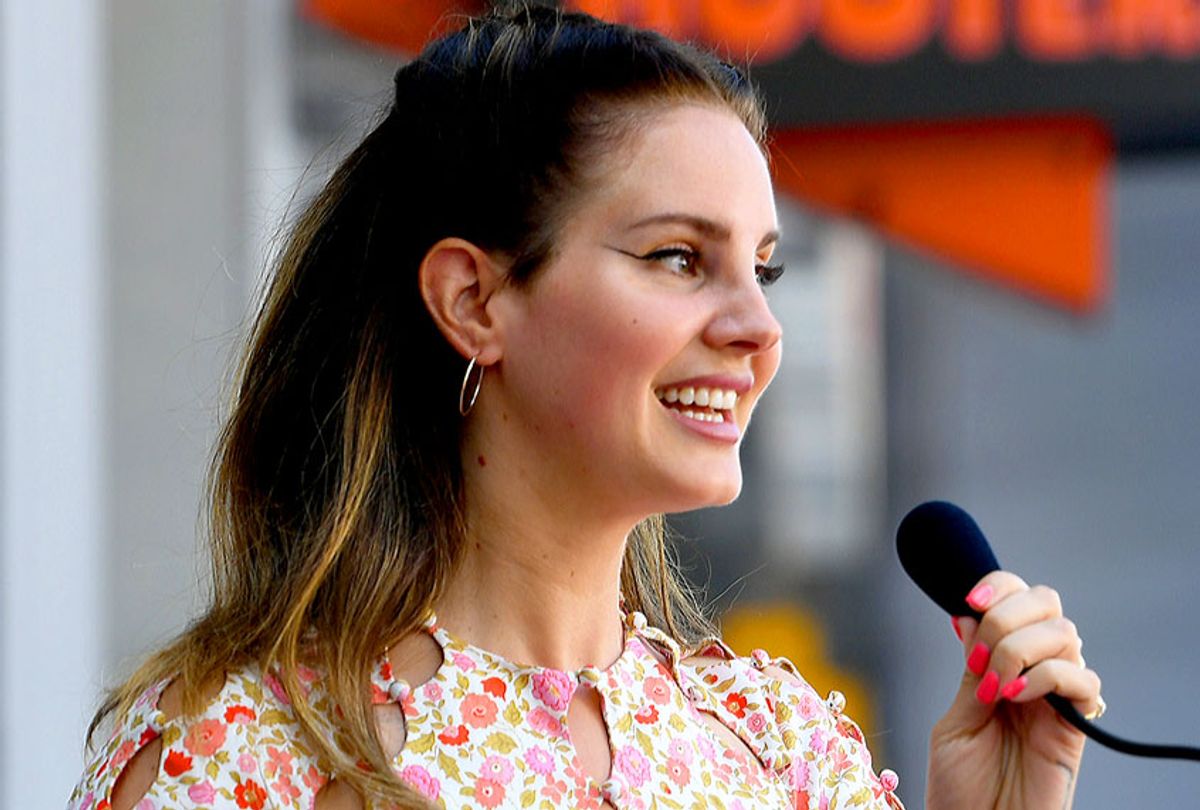 In July, nearly seven years after its initial release, Lana Del Rey’s “Summertime Sadness” re-entered the U.S. iTunes charts. Somehow this song, rooted in gently aching ennui, crept back into public consciousness during our current, pulsing “Hot Girl Summer.” “Summertime Sadness” is an obvious nod to watching love slowly grow cold — “kiss me hard before you go” — but more simply, and perhaps more compelling than that, is a sense of mourning that the season itself is fading.

It’s coming face-to-face with the close of chapter, one we open every year with equal parts hope and yearning, and one that reliably falls short of expectations. This is the same energy that carries Del Rey’s sixth studio album, “Norman F**cking Rockwell!,” released on Polydor and Interscope today.

To be clear, there aren’t many surprises on the album, co-produced with Jack Antonoff; Lana Del Rey sounds like Lana Del Rey, brooding and bittersweet with light guitar chords. There are certain songs, like the droning “Happiness is a butterfly,” where it’s easy to believe Del Rey’s 2012 admission, “I feel like everything I wanted to say, I've said already.” But her ability to tap into this feeling of only mildly stifled desperation — supported by lush writing on tracks like “Mariner’s Apartment Complex” (with Antonoff) — positions this record as the ideal farewell to yet another summer.

Listening to this album, I couldn’t help but think of Katie Heaney’s 2017 piece for New York Magazine, “August Blues Are Like Sunday Blues, But for a Full Month” (and honestly “August Blues” would be an accurate, radio-appropriate alternate title for this album).

“If you’re a summer hater, you’re antsy to be done with it and move on already, and if you’re a summer lover, you’re probably feeling some panic about it coming to an end,” Heaney writes. “In both cases, too, there is likely guilt over not having done enough with this time, because what season comes with more pressure to ‘make the most’ of it than summer?”

Essentially, summer is the peak FOMO season, and Del Rey presents us her own sun-kissed and nostalgia-infused version of that. “Norman F**king Rockwell!” is a patchwork of Americana iconography, packed with references to old California, Mama Cass, Joni Mitchell, Cyndi Lauper and the bar where the Beach Boys would go — “Dennis’ last stop before Kokomo,” as she puts it in “The Greatest.”

The character Del Rey has created is acutely aware that she’s missed out on some historic moments, and longs for places that in many cases no longer exist. There’s a fear that days like that — more fantasy than reality, really — will never return. This seems to spark a kind of relatable existential dread about the state of things today: “Kanye West is blond and gone/ ‘Life on Mars’ ain't just a song/Oh, the livestream's almost on.”

In an interview earlier this week with the New York Times, Del Rey said the line about West was a reference to his outspoken support of President Donald Trump. “‘Yo, this man is the greatest!’” She said. “Really? The greatest? It hurt me. Did I have to say anything? No. But it’s more just a line that represents a lot of things.”

Summer as an adult is decidedly unlike childhood summers, which for many provided a needed break from the rigors or mundanity of a life scheduled into hour long class periods. But Summer 2019 is its own beast, filled with a steady avalanche of political and social upsets.

On one hand, there’s some comfort in knowing it’s over; on the other, there’s unease about what comes next. The reality is enough to make your stomach drop and take your breath away. Where Lizzo's "Cuz I Love You" and Megan Thee Stallion's "Fever" led us into summer with a roar, with this new, imperfect album, Lana can lead us out with a whisper — filling the hot, static final moments of August with the quietly matter-of-fact line, “Don't ask if I'm happy, you know that I'm not/ But at best, I can say I'm not sad.”