A shooting at a traffic stop in West Texas left 5 people dead and 21 injured; the shooter's motive remains unknown 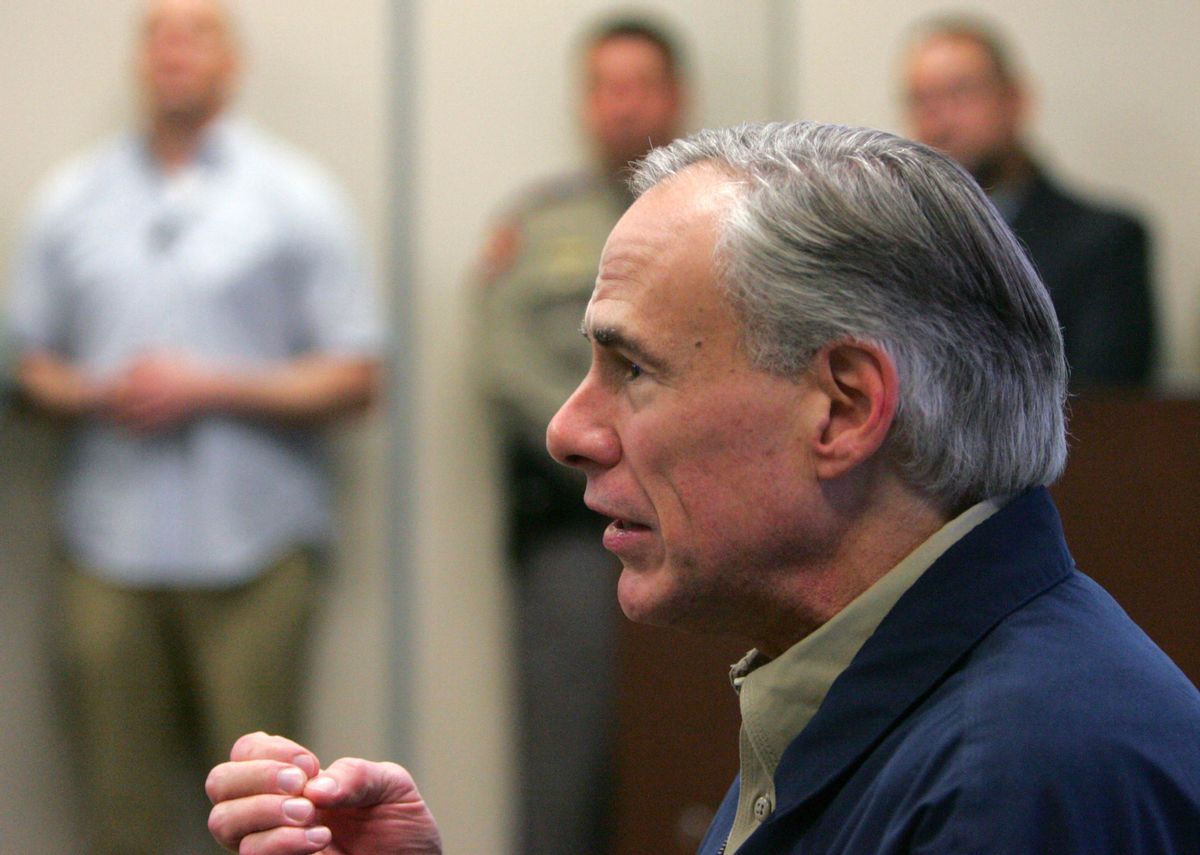 An unidentified man engaged in a shooting rampage in West Texas on Saturday that left five people dead and 21 injured.

The culprit began his murder spree after being pulled over at a traffic stop in the Texas city of Midland, according to CNN. After shooting at the Texas troopers with a rifle, the man sped through the highway and streets of Midland in a gold Honda shooting at random motorists and residents. Eventually he abandoned his gold Honda and hijacked a postal truck, continuing to shoot at people while he drove to the nearby city of Odessa. Police eventually cornered him at a movie theater parking lot, where he died during a shootout.

The man remains unidentified aside from the fact that he was a white male in his 30s. His victims include three law enforcement officers and a 17 month old girl.

A witness at the movie theater parking lot described the final moments of the shootout.

"There was just police everywhere and there was a bunch of people behind the theater in the field walking and next thing you know this gunfire is going off. I hear a pop, so, I flip the camera to where the theater's at and I just see a bunch of gunfire going off," witness Alex Woods told CNN. He said that he saw an officer approach the postal van and fire into it, adding "I believe that is when the shooter was killed. It just all happened so quickly."

In a tweet on Saturday, Texas Gov. Greg Abbott expressed generic sentiments about the shooting.

"The state of Texas & Dept. of Public Safety are working with local law enforcement to provide resources & deliver justice for this heinous attack," Abbott posted on Twitter. "Thanks to 1st responders who acted swiftly. Texans will unite to end these evil attacks."

In an official statement, Abbott wrote that "the First Lady and I are heartbroken over this senseless and cowardly attack, and we offer our unwavering support to the victims, their families, and all the people of Midland and Odessa."

In the past Abbott, a conservative Republican, has notably refused to identify lax gun control laws as a contributing factor to the epidemic of mass shootings. After a mass shooting last month in El Paso, Abbott told reporters at a press conference that "responding to a situation like this to try to make sure that it doesn't happen again is a replication of what we just went through during the last legislative session," referring to a hearing held after a shooting last year at a high school in Santa Fe. He then added that "I can tell you that perhaps the most profound and agreed-upon issue that came out of all of those hearing was the need for the state, and for society, to do a better job of dealing with challenging mental health-based issues."

Former Rep. Beto O'Rourke, one of the two Texans seeking the Democratic presidential nomination in 2020, tweeted that "We don't know how many have been killed. We don't know the motivation. But here's what we do know: This is fucked up."

Former Secretary of Housing and Urban Development Julián Castro, the other Texan running for president this year, tweeted that "I want to reach out to Republicans in the Senate, who refuse to act, who refuse to move on gun reform, and I want to ask them: What is the number? How many Americans are you willing to sacrifice to the NRA?"