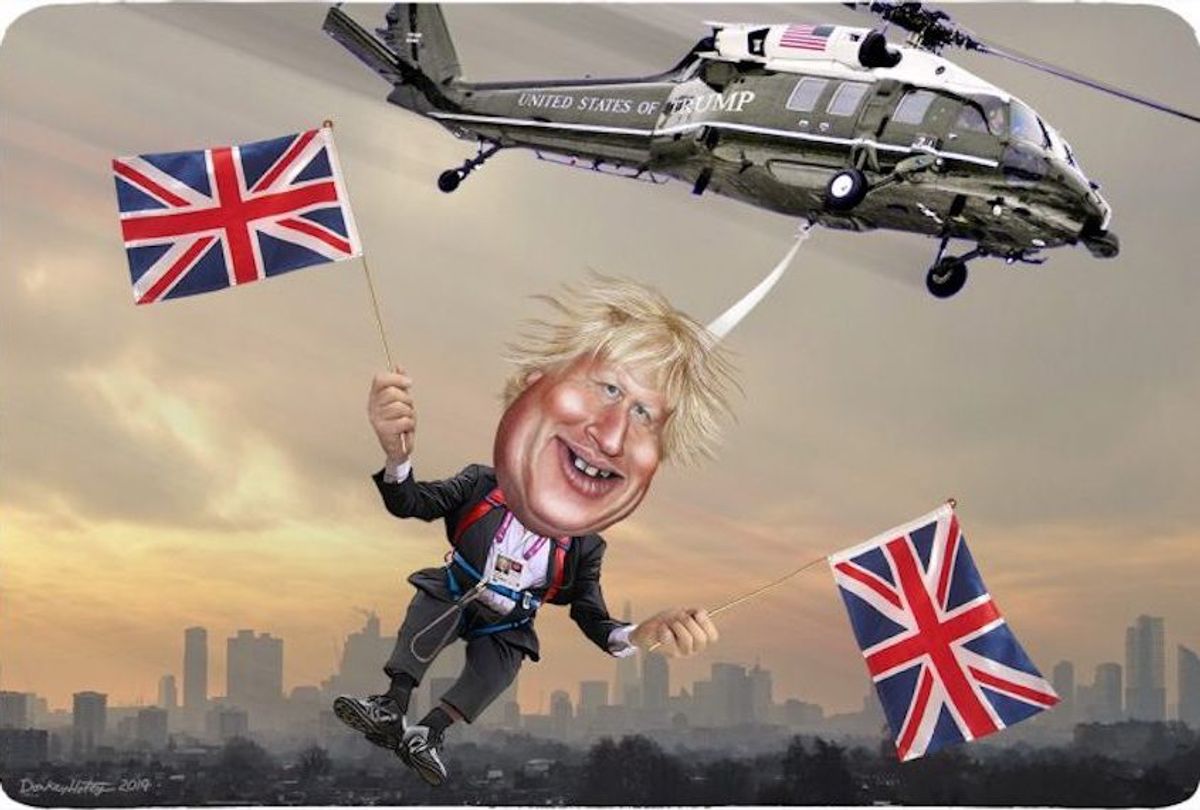 British Prime Minister Boris Johnson has threatened members of Parliament with a potential election should they move to pass a bill forcing his government to ask European Union leaders for an extension if he is unable to strike a Brexit deal.

"Five weeks ago, I spoke to you from these steps and said that this government was not going to hang around and that we would not wait until Brexit Day, Oct. 31, to deliver on the priorities of the British people," Johnson said in a statement from Downing Street on Monday.

After reviewing his administration's policies on crime, education, finances and health care, he broached the subject of Brexit and the possibility of the U.K. leaving the EU without a deal.

Johnson's statement was issued in response to a draft bill being published by a cross-party group of MPs, which includes members of Johnson's own Conservative Party, that would force the prime minister to request a three-month extension to Brexit negotiations if a deal is not reached by the European Council summit in October, according to Politico. After Johnson's statement, a senior government official warned that an early general election could be called if the motion was successful.

"If they vote tomorrow to wreck the negotiating process, to go against giving Britain the ability to negotiate a deal, they will also have to reflect on what comes next," the official stated.

"Her majesty the queen is exercising her responsibility as constitutional arbiter after three years of a deadlocked parliament, whose only aim seems to have been to thwart the expressed democratic will of the British people as expressed on June 23, 2016. This is by no means the end of the discussion, with Speaker Bercow clearly intending to fight back. But it does represent a giant leap in the direction of a hard Brexit. Britain is probably now in its last few months of membership of the European Union," Kassam told Salon by email.