Scarlett Johansson's defense of Woody Allen is disappointing — and not surprising

A year ago Johannson called out hypocrisy over Time's Up support. And yet now she's standing by Woody Allen 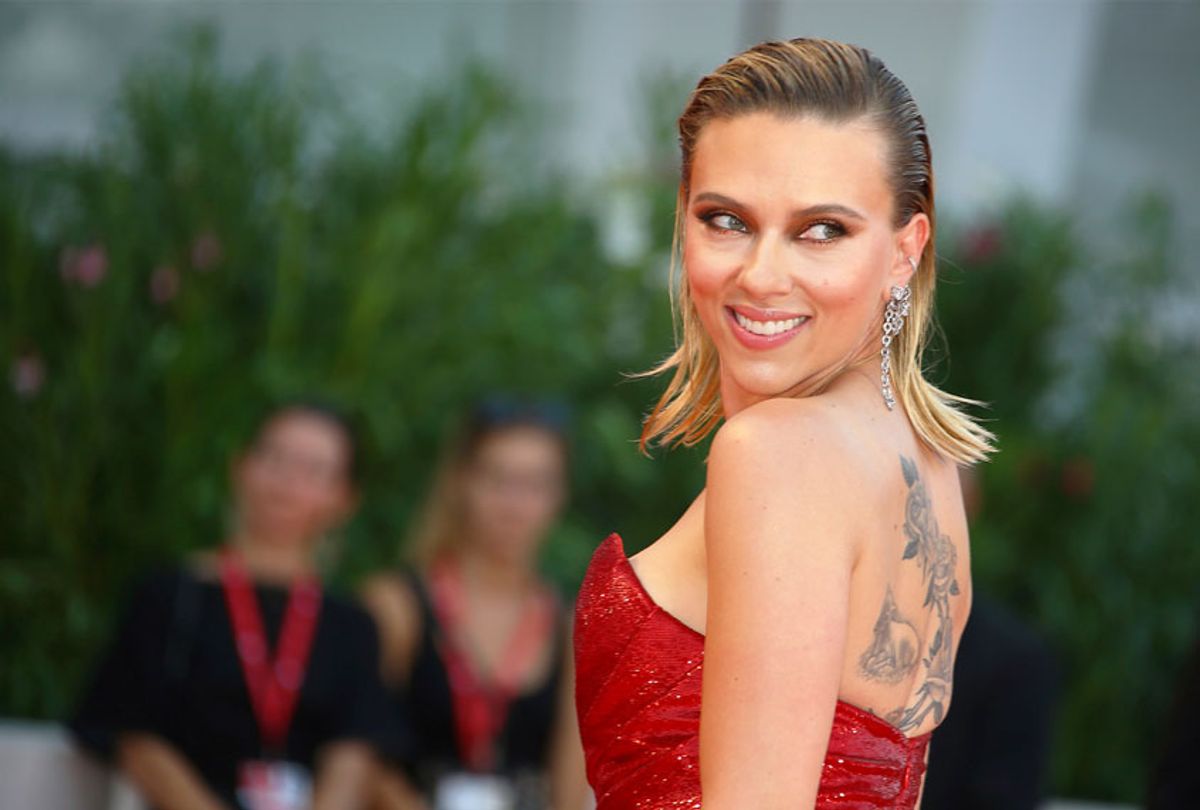 The entire gist of a new profile of Scarlett Johansson in The Hollywood Reporter is that the actress isn’t afraid to speak her mind — on Disney acquiring Fox Searchlight Pictures, which is producing her upcoming film “Jojo Rabbit”; on Marvel; on her support for Elizabeth Warren as a presidential candidate.

She’s also ostensibly not afraid of speaking out about perceived injustices, as the article details Johannson’s involvement in women’s issues, including her 2018 speech at the Women’s March on Washington. In that speech, the actress called out James Franco, who had worn a Time’s Up pin to the Golden Globes just days before five women publicly accused him of sexual misconduct in the Los Angeles Times.

While Franco denied the allegations, Johansson remarked on the apparent hypocrisy of the situation. “How could a person publicly stand by an organization that helps to provide support for victims of sexual assault while privately preying on people who have no power?" she said in the speech. "I want my pin back, by the way.”

However, in the Hollywood Reporter interview, Johansson revealed that she didn’t believe that her work with Time’s Up — a movement encompassing more than 1,000 women in entertainment to foster accountability for and combat workplace sexual misconduct — was hypocritical in light of her simultaneous support of filmmaker Woody Allen.

“I love Woody,” Johansson told reporter Rebecca Keegan. “I believe him, and I would work with him anytime.”

She continued: “I see Woody whenever I can, and I have had a lot of conversations with him about it. I have been very direct with him, and he's very direct with me. He maintains his innocence, and I believe him.”

Allen has directed directed Johansson in several films, including “Match Point,” “Scoop” and “Vicky Cristina Barcelona.” But as the #MeToo movement has gained traction over the last two years, Dylan Farrow’s sexual abuse allegations against her father, long a matter of public record, have gained renewed traction among Hollywood celebrities, including Michael Caine, Timothée Chalamet and Greta Gerwig, who have expressed regret at having worked with Allen and publicly distanced themselves from him.

This is just the latest in controversial public statements made by Johansson this year; in a July interview with As If Magazine, Johannson made comments about her discomfort with “political correctness” in casting.

“I feel like it’s a trend in my business and it needs to happen for various social reasons,” she said. “Yet there are times it does get uncomfortable when it affects the art because I feel art should be free of restrictions.”

Leading up to this interview, Johansson had already been criticized for her decision to play Major Mira Killian, who is later revealed to be a Japanese runaway named Motoko Kusanagi, in the 2017 film adaptation of “Ghost in the Shell” — especially after rumors surfaced that  Paramount studios had experimented with CGI effects to “shift her ethnicity” and make the actress look more Asian.

Then, Johansson signed on to play the role of Dante “Tex” Gill, born as Jean Gill, in the upcoming film “Rub & Tug.” Members of the trans community felt the role should be given to an actual trans actor and, while her initial response was dismissive, Johansson ultimately withdrew from the movie.

After a swift dose of public backlash regarding the As If article, Johansson released a statement to The Hollywood Reporter saying that her original quotes had been “edited for clickbait.”

“I recognize that in reality, there is a wide spread discrepancy amongst my industry that favors Caucasian, cis gendered actors and that not every actor has been given the same opportunities that I have been privileged to,” Johansson said in the statement. “I continue to support, and always have, diversity in every industry and will continue to fight for projects where everyone is included.”

At this point, Johansson’s inconsistent public actions and statements are a well-established pattern, including her commitment, or lack thereof, to actual increased diversity in casting (starting with cisgender, white actors like Johansson passing up roles that portray marginalized populations without writing the practice off as “political correctness”). As such, it’s not really a surprise that she doesn’t see her advocacy work for women’s rights and her vocal support of Woody Allen as contradictory — but, as the highest-paid actress of 2019 who holds a lot of industry sway, it is disappointing that her personal values aren’t more in line with the causes she purportedly champions.