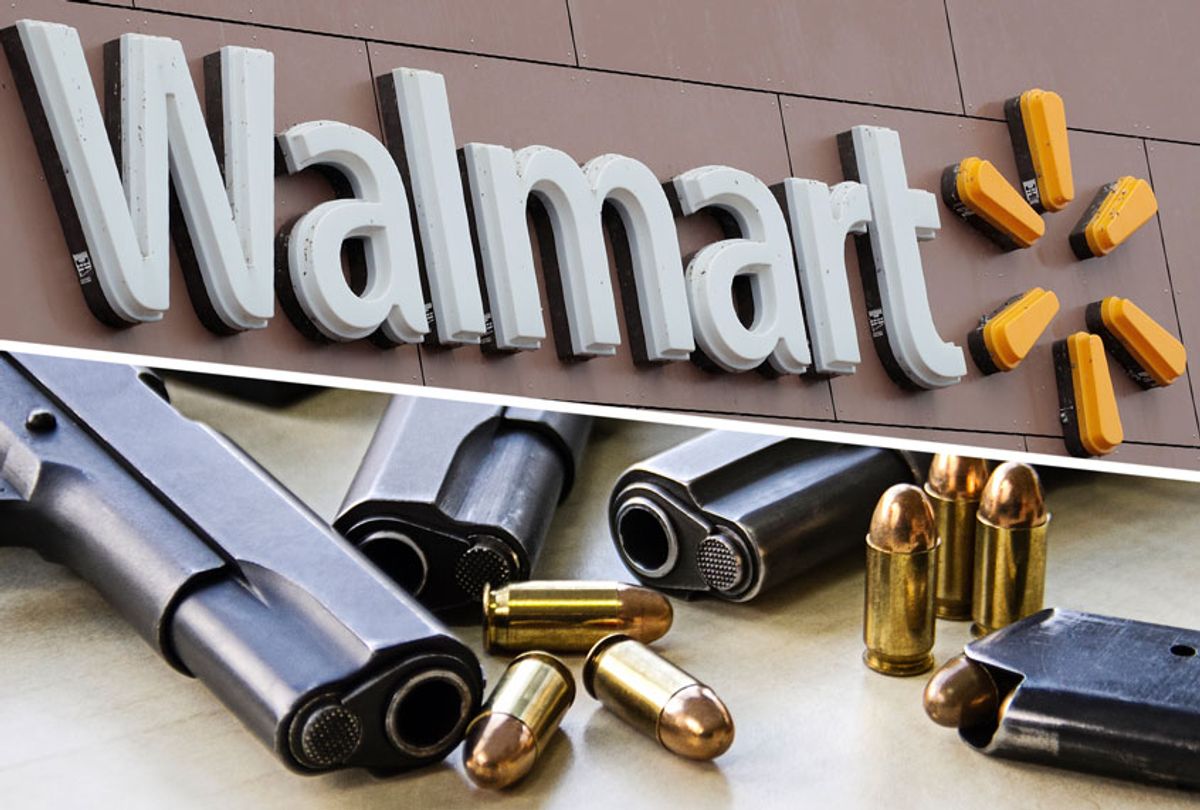 The National Rifle Association condemned Walmart after the retail giant announced it would stop selling ammunition that can be used in assault-style rifles and handguns.

Walmart had come under criticism over its response to the recent mass shooting at a store in El Paso, Texas. At first the chain announced it would ban violent video game displays but continue to sell guns. On Tuesday, CEO Doug McMillon announced that the retailer would discontinue selling certain types of ammo but would continue to sell deer rifles and shotguns.

McMillon said Walmart, which previously stopped selling handguns and assault-style rifles, would no longer sell ammunition that is sometimes used in “large capacity clips on military-style weapons.” He said the retailer would also stop selling handgun ammo and would discontinue selling handguns in Alaska, the last remaining area where Walmart sold such weapons. The move is expected to reduce Walmart’s share of the ammunition market from 20 percent to as low as 6 percent, he wrote.

McMillon also cited an incident in which a man entered a Walmart store armed with a rifle in hopes of scaring customers.

“These incidents are concerning and we would like to avoid them, so we are respectfully requesting that customers no longer openly carry firearms into our stores or Sam’s Clubs in states where ‘open carry’ is permitted — unless they are authorized law enforcement officers,” McMillon said.

The NRA issued a statement calling the new policies “shameful” and accused Walmart of bending to the “pressure of the anti-gun elites.”

“Lines at Walmart will soon be replaced by lines at other retailers who are more supportive of America’s fundamental freedoms," the statement said. "The truth is Walmart’s actions today will not make us any safer. Rather than place the blame on the criminal, Walmart has chosen to victimize law-abiding Americans. Our leaders must be willing to approach the problems of crime, violence and mental health with sincerity and honesty."

Along with previously ending sales of assault-style rifles and handguns in most states, Walmart has also increased the minimum age to buy a gun to 21, instituted a policy that requires a “green light” on a background check (as opposed to the legal requirement of the absence of a “red light”), and required video recording of the point of sale for firearms.

Former Rep. Gabby Giffords, who was shot in the head during a mass shooting in Arizona in 2011, praised Walmart and urged other retailers and lawmakers to follow suit.

“Walmart’s action is another sign that the private sector has had enough with America’s gun violence crisis,” she said in a statement. “Walmart’s announcement should be applauded by all Americans, and I’m hopeful it will inspire elected leaders to follow in their footsteps.”

Shortly after Walmart’s announcement, the supermarket chain Kroger announced that it would also crack down on open-carry and urged lawmakers to act.

"Kroger is respectfully asking that customers no longer openly carry firearms into our stores, other than authorized law enforcement officers,” Jessica Adelman, group vice president of corporate affairs, said in a statement, adding that the chain was joining Walmart and others in "encouraging our elected leaders to pass laws that will strengthen background checks and remove weapons from those who have been found to pose a risk for violence."

Democratic presidential candidates also applauded the move and demanded that Senate Majority Leader Mitch McConnell, who is blocking a House-passed bill that would expand background checks, stop obstructing bipartisan efforts to end gun violence. That law could have stopped the Odessa shooting suspect from purchasing an AR-style rifle from a private dealer despite being banned from owning firearms, gun control advocates say.

“I applaud the brave Walmart workers who called on the company to stop selling guns. This is a good step, but we still have a gun violence crisis,” Sanders said. “Mitch McConnell must stop his cowardice, stand up to the NRA and allow Congress to pass common sense gun safety legislation.”