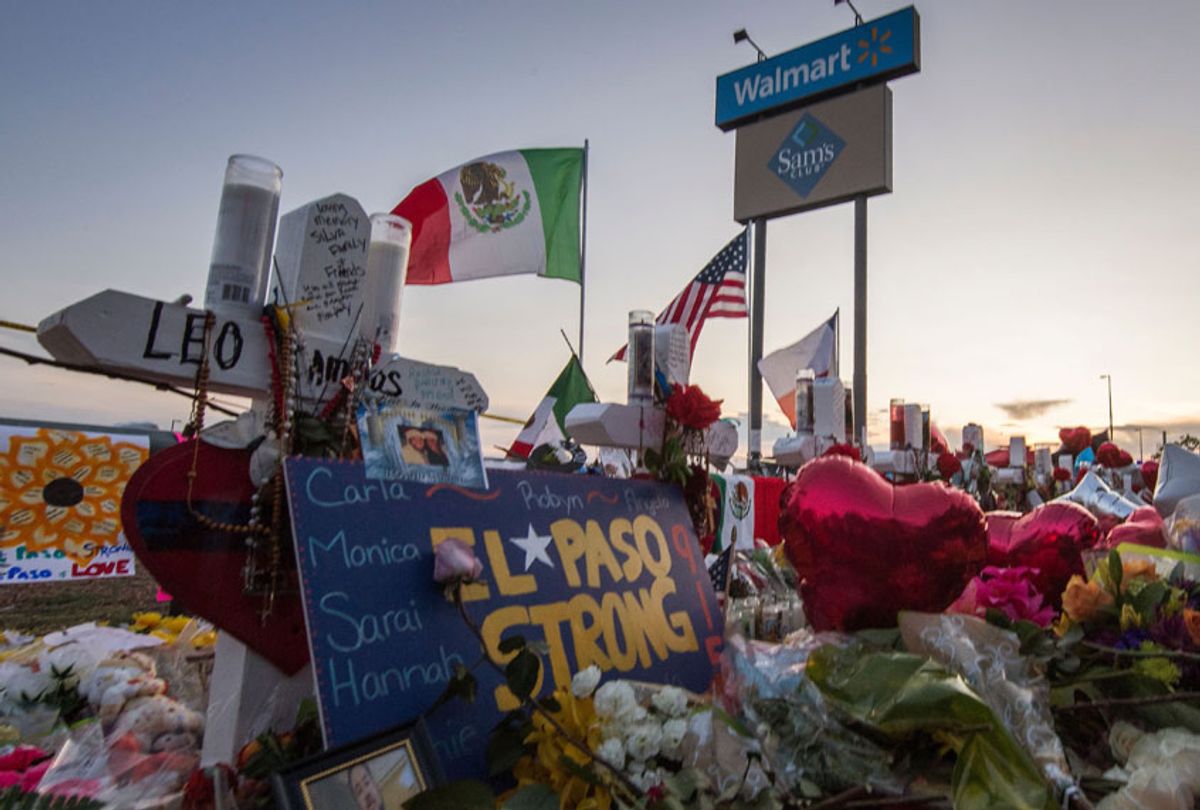 Walmart issued a memo to employees instructing them to remove displays featuring violent video games and movies after last weekend’s mass shootings but will continue to sell guns.

A memo posted on Twitter and confirmed by USA Today instructs employees to remove “any signing or displays that contain violent images or aggressive behavior.”

The memo directs employees to turn off any video games consoles showing a “demo of violent games,” check that no movies are depicting violence on the store’s televisions, and “turn off any hunting season videos that may be playing in Sporting Goods.”

“We’ve taken this action out of respect for the incidents of the past week, and this action does not reflect a long-term change in our video game assortment,” Walmart spokeswoman Tara House told USA Today.

When store officials were asked whether the retail giant would stop selling guns, Walmart spokesman Randy Hargrove said there had been “no change in policy.”

Walmart previously stopped selling assault rifles in 2015 and raised the minimum age to buy a gun to 21 last year.

The move comes after a gunman inspired by hateful anti-immigrant rhetoric killed 22 people at a Walmart in El Paso.

There is no evidence the shooter was inspired by violent video games. He did, however, have an AK-47-style assault rifle, the same type of weapon used to kill multiple children at a garlic festival in Gilroy, California days earlier.

Days before the El Paso shooting, a disgruntled employee at a Mississippi Walmart killed two managers after being suspended. There is no evidence the 39-year-old suspect was inspired by video games. He did, however, use a gun to murder his co-workers.

On Thursday, police in Springfield, Missouri arrested an armed 20-year-old man who walked into a Walmart store wearing body armor. He wasn’t carrying any video games, but he did have an assault rifle, 100 rounds of ammo, and a cell phone to record terrified shoppers’ reaction to his stunt.

Though many Republicans, including President Trump, have blamed video games in response to the recent string of massacres around the country, there is no evidence to suggest video games cause violent crime. Though the overall crime rate in the US is only a little above average among industrialized countries, our homicide rate is incredibly high because assaults in the US are three times more likely to involve guns than any other industrialized nation. Even though Japan and South Korea both spend far more money on videos games than the US, gun homicides are virtually non-existent in those countries. A recent study even found that releases of highly popular violent video games actually cause violent crime rates to go down, not up.

Walmart employees realize this even if management would rather remain complicit in pushing the easily disprovable lie that video games are linked to gun violence. A petition by a junior Walmart employee to protest the retailer’s sale of guns has gathered more than 50,000 signatures from fellow store employees.

“In light of these recent tragedies — a mere snapshot of the gun violence epidemic plaguing the United States — and in response to Corporate’s inaction, we as employees are organizing several days of action, to protest Walmart’s profit from the sale of firearms and ammunition,” the petition says.

"We urge our leadership to cease the sale of all firearms and ammunition, ban the public open and concealed carry of weapons on company property and in all stores, and cease WALPAC donations to NRA backed -A/A+ politicians.”