Biden has consistently maintained a lead in national polls. It remains to be seen whether he will come out on top 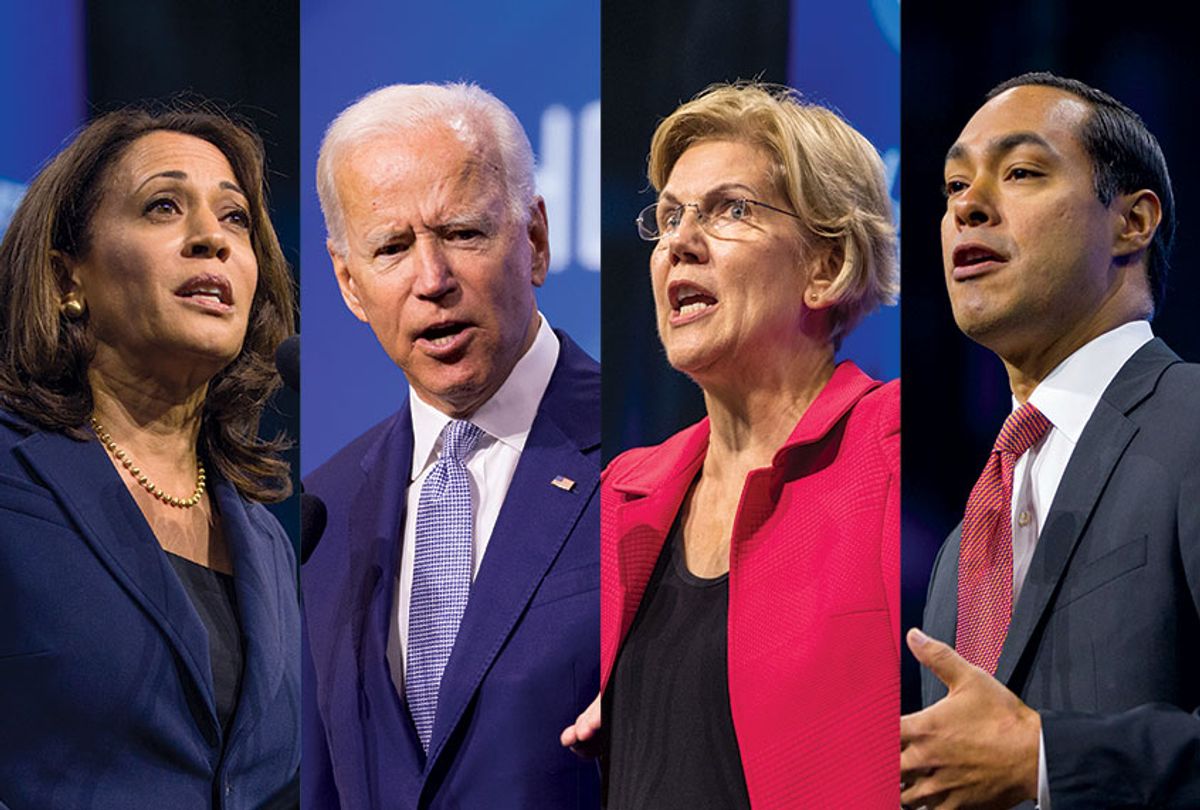 Rivals vying for the Democratic nomination are chipping away at the lead held by former Vice President Joe Biden, who remains on top in a trio of new national polls.

Also rising are Sen. Kamala Harris of California (from 5 percent to 8 percent), South Bend Mayor Pete Buttigieg of Indiana (5 percent to 6 percent), former Rep. Beto O'Rourke of Texas (from 3 percent to 5 percent) and businessman Andrew Yang (from 1 percent to 2 percent). By contrast, former Housing and Urban Development Secretary Julian Castro dropped from 2 percent to 1 percent in the CNN survey.

A divergent way to look at the state of the race emerged Thursday after a new survey from YouGov sponsored by FairVote simulated ranked-choice voting in order to ascertain candidate preferences. As Vox explained:

The way ranked-choice voting works is that candidates with fewer votes are eliminated, and then their votes are redistributed to whomever each voter designated as their next-ranked preference. For instance, a voter could rank Sen. Bernie Sanders as their first choice and Warren as their second choice — meaning that, if Sanders was eliminated, this vote would be transferred to Warren.

The survey allowed voters to rank 10 of the 20 Democratic candidates — or simply choose from the top five. When given the full array of options, 27 percent of voters pick Biden as their first choice, with 23.6 percent choosing Warren and 16.2 percent selecting Sanders.

When the options are narrowed to the five frontrunners — Biden, Warren, Sanders, Harris and Buttigieg — and an instant run-off system is applied, Buttigieg is the first candidate eliminated, followed by Harris and then Sanders. Warren ultimately tops Biden by a margin of 53 percent to 47 percent.

Though Biden has consistently maintained his frontrunner status in polls, it remains to be seen whether he will come out on top when Democratic primary voters head to the polls next year. Historically speaking, the early frontrunner has often done well (see Al Gore in 2000 or Hillary Clinton in 2016), but there have also been occasions when frontrunners have famously fizzled out (see Ed Muskie in 1972 or Howard Dean in 2004).