Bowen Yang will be the first Asian American regular cast member on "SNL." And it only took 45 seasons to happen! 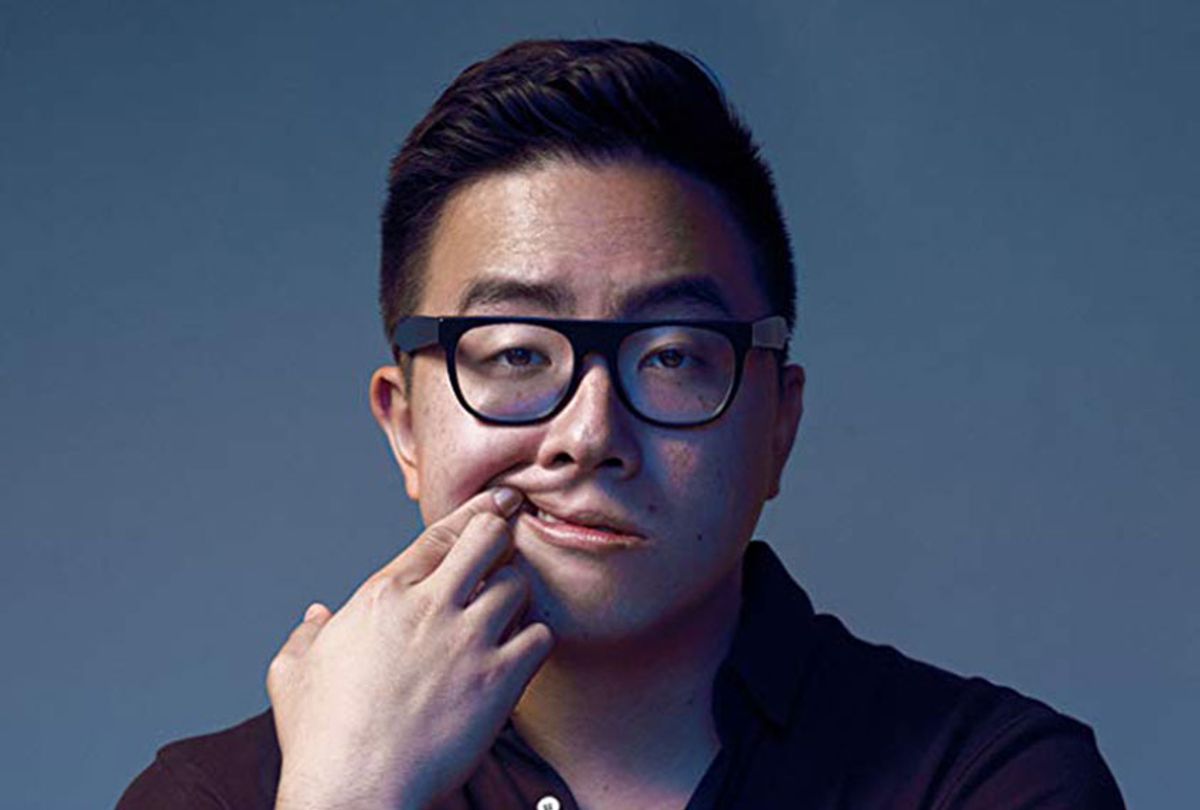 Once again “Saturday Night Live” is making history it should have made many years ago, announcing the hire of its first regular player of East Asian descent two weeks before the debut of its 45th season.

Bowen Yang, who joined “SNL” as a staff writer in Season 44, has been upped to the ranks of featured player for Season 45. Yang is one of three new cast members joining NBC’s sketch comedy institution, joined by Groundlings performer Chloe Fineman and stand-up comic Shane Gillis.

Congratulations are certainly due to Fineman and Gillis, but these are white performers joining a show that’s historically favored the hiring of people who look like them — whereas Yang’s elevation to main cast breaks an "SNL" glass ceiling that was already cleared by black and Latinx performers some time ago.

As I wrote in 2017 when Tiffany Haddish became the first black female comedian to host “SNL,” these are barriers the series should have busted through many years ago. Remember, this is the series that hired its first Latina castmember in its history, Melissa Villaseñor, in 2016.

This is not to say Yang’s hiring is too late, but it is no stretch to point out that it is overdue.

In the show’s 45 seasons, its Asian and Asian-American hosts have included: Jackie Chan, Lucy Liu, Aziz Ansari, Kumail Nanjiani, Awkwafina and Sandra Oh, who became the first woman of Asian descent to be nominated for best lead actress in a drama series Emmy for her performance on the BBC America’s “Killing Eve.” Since we’re counting, there was an 18 year gap between Liu’s hosting gig and that of the next Asian American female host,  Awkwafina; and 17 years passed between Liu and Ansari hosting.

Keep in mind inclusive hiring is not about maintaining an appearance of fairness or checking boxes. It’s about making a show the best that it can be or, in the case of “SNL,” not embarrassing itself with a cringey moment as it did when Fred Armisen was pulled in to play Barack Obama.

Frankly, “SNL” would be setting itself up for a public dragging if it hadn’t adding Yang or another performer of Asian heritage at this point, given the number of Asian performers and politicians at the center of public discourse right now. Lampooning politics is an election season staple on “SNL,” and hello, Andrew Yang still in the running for president. Rep. Ted Lieu (D-CA) regularly stars in viral clips of footage from congressional sessions.

The fact that Yang made his debut as North Korean dictator Kim Jong-un opposite Oh when she hosted back in March displays the show’s awareness of this gap. These public figures aren’t receding into the background anytime soon, and count on more Asian and Asian Americans joining them in the spotlight.

Since 2014, “Saturday Night Live” has actually been better with regard to inclusive casting, mostly because national advocacy organizations and critics loudly called them out on it. Leslie Jones’ success with the show is evidence of this. Like Yang and other “SNL” alumni, she started out in the writers room and basically wrote and performed her way into a slot in front of the camera in 2014.

She leaves with a Netflix stand-up special locked for 2020 in addition to film and TV deals currently in the works. Notably, Jones was hired in the same year as Upright Citizens Brigade alumnus Sasheer Zamata, whose hire drew the lion’s share of coverage, and writer LaKendra Tookes.

Zamata has landed roles in TV and film consistently since leaving “SNL” in 2017. Meanwhile Tookes’ most recent IMDb credit is for TBS’ “The Last O.G.”

And this brings us to another notable aspect of Yang’s hiring. Given how underrepresented talent of color has been in the industry pipelines that place potential cast members and writers in front of producers such as Lorne Michaels, I’m curious to see how frequently Yang is a featured player in sketches that don’t require an impression of a famous person of Asian descent.

Yang is a featured player, mind you, not a repertory player. You may notice a difference between how often, say, Villaseñor (a repertory player) gets noticeable stage time as opposed to Ego Nwodim, hired as a featured player last year. Much of a player’s success depends on the whims and internal politics of that writer room, and a number of performers who did not leave the show on their own terms have been candid about the show’s tendency to pigeonhole certain actors and favor others.

On the other hand, Yang started out there, whereas his fellow new hires are coming in cold…somewhat.

Fineman has a number of TV credits under her belt. Gillis’ set at Comedy Central’s Clusterfest can be found on YouTube. Unfortunately, so can a resurfaced video posted to a YouTube channel called Matt and Shane’s Secret Podcast, which has since been deleted — but not before it was brought to Variety's attention. In it, Gillis uses a racial slur that is highly offensive to Asian people.

snl just can't give us a birthday cake without shitting on it first https://t.co/pZUc4GzmVS

Yang, meanwhile, made Forbes’ 2019 “30 Under 30” list for Hollywood and Entertainment, and already has a main cast role in Comedy Central’s “Awkwafina is Nora From Queens,” debuting in January 2020. (The performer’s real name is Nora Lum.) Yang plays Nora’s cousin alongside BD Wong and Lori Tan Chinn. This is all to say that Yang is already blazing his own path outside of “SNL.”

This appears to be the new star path for “Saturday Night Live” players: Kenan Thompson has a primetime sitcom premiering this season in NBC, while Aidy Bryant will soon star in Season 2 of “Shrill.” Writer Julio Torres co-stars in HBO’s “Los Espookys” alongside Armisen, and recently starred in a comedy special for the premium channel titled “My Favorite Shapes.”

Emmy-winner Kate McKinnon, of course, is the show’s brightest light, a movie star as well as a utility player who signed on to one more year with “SNL” and appears in Jay Roach’s Fox News drama “Bombshell” alongside Charlize Theron, Nicole Kidman and Margot Robbie. That movie is slated to hit theaters in December.

Subsequent episodes will be hosted by  “Fleabag” star Phoebe Waller-Bridge with Taylor Swift as its musical guest on October 5, followed by “Stranger Things” star David Harbour and Camila Cabello on October 12. Other confirmed hosts include Kristen Stewart and Eddie Murphy.

This story has been updated with information about Gillis' resurfaced video.