A salute to Ric Ocasek and Eddie Money, who gave us the soundtracks to our soundtracks 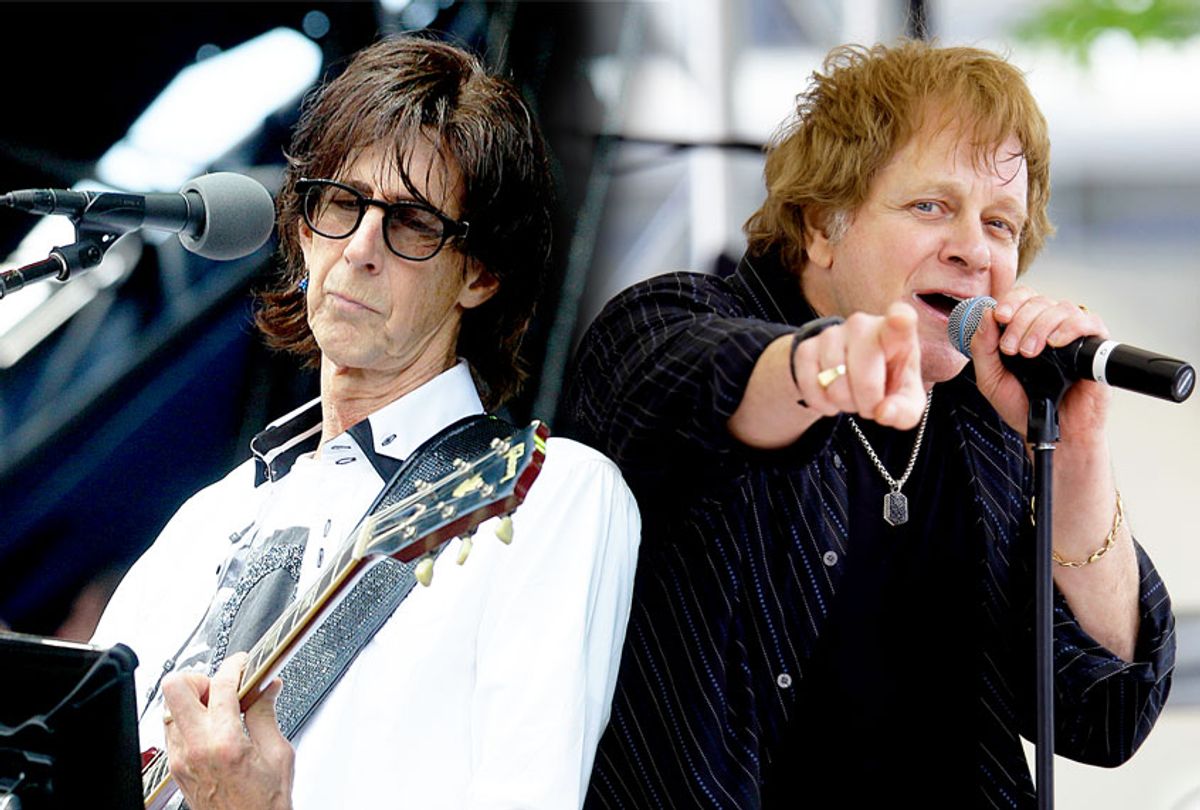 The '80s keep dying. The '80s will never die. In the span of three days this past week, both '80s hitmaker Eddie Money and The Cars frontman Ric Ocasek passed away, having lived well and successfully into their AARP years. Yet their music somehow feels as fresh and as ubiquitous today as it would have been in 1982.

If in just the past few months you watched “Stranger Things,” you understood its sly Cars by way of “Fast Times at Ridgemont High” reference. If you sat on a barstool anywhere, you found yourself drumming your fingers to the blast of “Take Me Home Tonight.” Between the two of them, Ocasek and Money spent the last four decades providing the soundtracks to your soundtracks, and the soundtracks to your life.

Like any self-respecting Gen Xer, I have my own history of memorable life moments punctuated with the strains of “Two Tickets to Paradise” or “Let the Good Times Roll” emanating from a car radio, a jukebox, a set of dingy speakers. It never felt like anybody ever consciously chose the music; it just somehow always appeared, unsummoned but not unappreciated. But I never associate either Ocasek or Money with my youth or my personality; back in the day I had an equal blend of The Cure and Salt-N-Pepa for that. Instead, like anyone who’s watched commercials or gone to barbecues, I hear their hits flowing in a continuous stream that carries me right up to the present moment. Case in point: I usually run a few races a year, and you will never not hear a motivating Eddie Money song while you’re waiting in the corral for the starting gun.

The death of Daniel Johnston, also last week, brought waves of sincere and justified accolades for his intricate songwriting and unique style. In death, Johnston secures a kind of next-level artistic credibility. The outsider icon. The guy who didn’t marry a supermodel. Whose songs never appeared in a GEICO commercial or a Circuit City ad. The man least likely to show up on the soundtrack to "American Horror Story 1984." His contemporaries leave a different kind of mark.

While The Cars and their dreamy power pop did achieve critical success, earning a place last year in the Rock and Roll Hall of Fame, they were also cursed with popularity. In 1984, Rolling Stone deemed their soon-to-be massive “Heartbeat City” simultaneously “irresistible” and "first-draft poetry.” Money, meanwhile, could likely have only dreamed of such high praise — iconic Village Voice critic Robert Christgau scathingly wrote after Money’s first album, “Sorry, girls (and guys); live inspection reveals that the sleek stud on the cover (and in the ads) is as pudgy and sloppy as his voice. He even has jowls. Watch those cheeseburgers, Eddie boy, or you'll never get to the caviar.”

Their sounds were distinct — Ocasek legendarily cool and detached, Money all Long Island rawness. Their interests and their audiences were distinct. But what the two men had in common were public images that would be all but impossible to achieve success with today.

Ocasek, literally the poster boy for “the case for an ugly husband,” was in his thirties when The Cars formed. He was 40 years old the summer “Heartbeat City” landed and proceeded to demolish everything in its wake. The “pudgy and sloppy” former Edward Mahoney was a police force trainee who had his first hit, “Baby Hold On,” at 29. He was 37 when “Take Me Home Tonight” came out.

Throughout the '80s, both men’s faces were inescapable on MTV, a network whose coins of the realm were youth and beauty. (See also: Phil Collins, Billy Joel.) Even Bruce Springsteen, circa “Born in the USA,” may have been old by those standards, but he was hot. No scrunchie-wearing teenage girl with fingerless gloves and a Claire’s gift card burning a hole in her Caboodle ever once saw  those apparent geezers on TV and thought, “Yes, I identity with any of this.”

It’s true there was virtually no such leverage to be ordinary looking and critically underpraised while being black or female a generation or so ago. Yet remembering what genuine stars both men were in at the peak of their successes, churning out videos and pouting from album covers, their ascents seem almost radical.

But what makes them even more unique is their tenacious durability. Sure, you can’t do a throwback era movie or TV show without a nod to their hits, but more amazingly, you also can’t go to a family party or a bar or a Target and escape them. Like later pop acts like The Black Eyed Peas, Ocasek and Money happened to  make really catchy music that gets in your head and doesn’t want to leave, and goddamn it, you will hear it at the gym. Both men are somehow precisely of an era, and  also precisely of your cousin’s wedding last weekend. Whenever you are, whomever you are with, you can bet you'll know all the words. They aren’t always what you ordered, but they are always, somehow, just what you needed.