Omar tells "Face the Nation" that Netanyahu's "existence, his policies, his rhetoric" thwart peace with Palestine 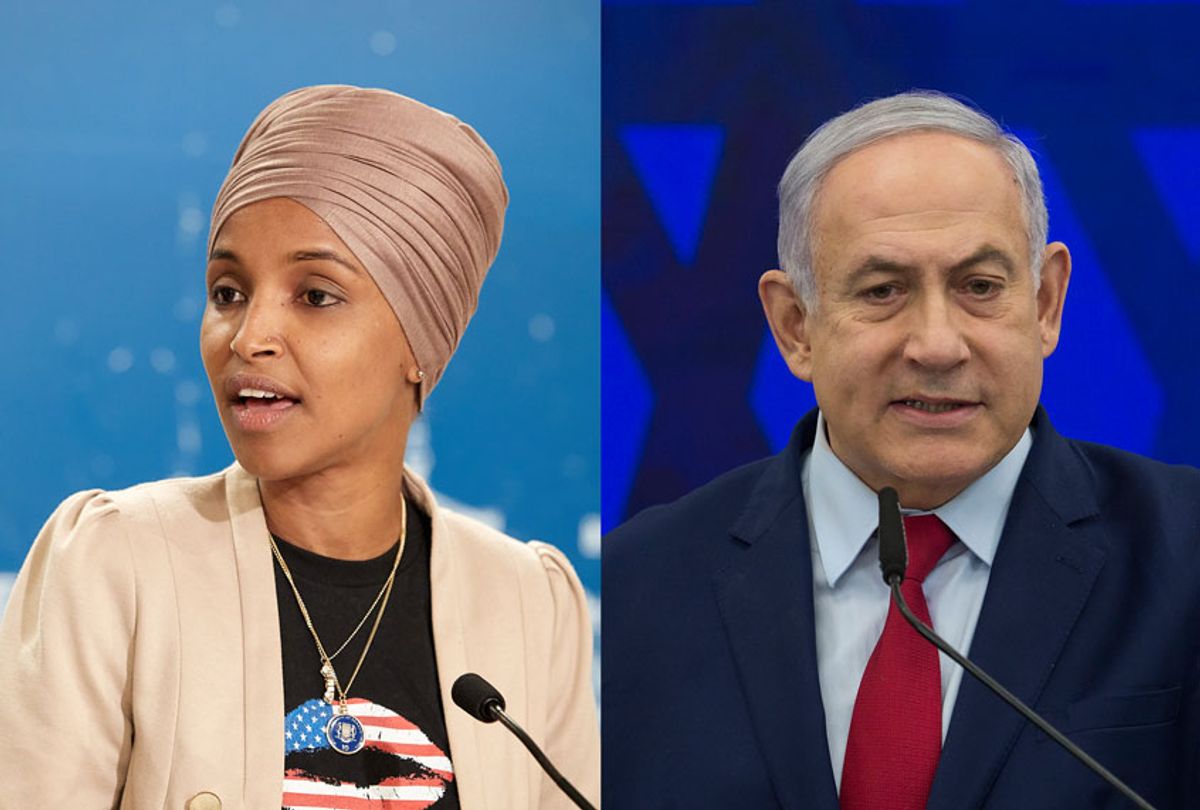 Rep. Ilhan Omar, D-Minn., told CBS News on Sunday that she believes peace between Israel and Palestine is more likely to be achieved if Israeli Prime Minister Benjamin Netanyahu is not re-elected.

"I certainly hope that the people of Israel make a different decision," Omar told "Face the Nation" anchor Margaret Brennan when asked whether she would attempt to visit Israel again and reconsider her call for a boycott of the Middle Eastern country should Netanyahu lose the election.

"And my hope is that they recognize that his existence, his policies, his rhetoric really is contradictory to the peace that we are all hoping that that region receives — and receives soon," the congresswoman continued. "Just right now, if you look at the annexation that's taking place, for many of us in Congress there has been a longstanding support for its two-state solution. And this annexation now is going to make sure that that peace process does not happen, and we will not get to a two-state solution."

Omar was recently banned from visiting Israel by the Netanyahu administration due to her outspoken criticism of the Middle Eastern nation's policies, and in particular, her support of a boycott against Israel over alleged human rights violations.

President Donald Trump, who urged Netanyahu to ban Omar from his country, has previously expressed his hope that the Israeli people will re-elect their prime minister to another term. In May, Trump tweeted that he was "hoping things will work out with Israel's coalition formation and Bibi and I can continue to make the alliance between America and Israel stronger than ever. A lot more to do!"

Although Trump has criticized Omar for comments which he characterized as anti-Semitic, the president has referred to Netanyahu as "your prime minister" when speaking to audiences of American Jews and argued that "any Jewish people that vote for a Democrat, I think it shows either a total lack of knowledge or great disloyalty." Trump has also claimed that Israelis "love him like he is the second coming of God" and told reporters outside of the White House that "if you vote for a Democrat, you're being disloyal to Jewish people, and you're being very disloyal to Israel. Only weak people would say anything other than that."

Omar, by contrast, courted controversy in February after retweeting a post by journalist Glenn Greenwald about members of the House of Representatives who allegedly defend Israel over the free speech rights of Americans who criticize the Middle Eastern country. In response to the tweet — which said "it's stunning how much time US political leaders spend defending a foreign nation even if it means attacking free speech rights of Americans" — Omar wrote that "it's all about the Benjamins baby." Omar later issued an apology after Speaker of the House Nancy Pelosi and several other leading Democrats accused her of spreading "anti-Semitic tropes."