"You are like a fish being cleaned with a spoon. It's very hard to get an answer out of you," Rep. Johnson told him 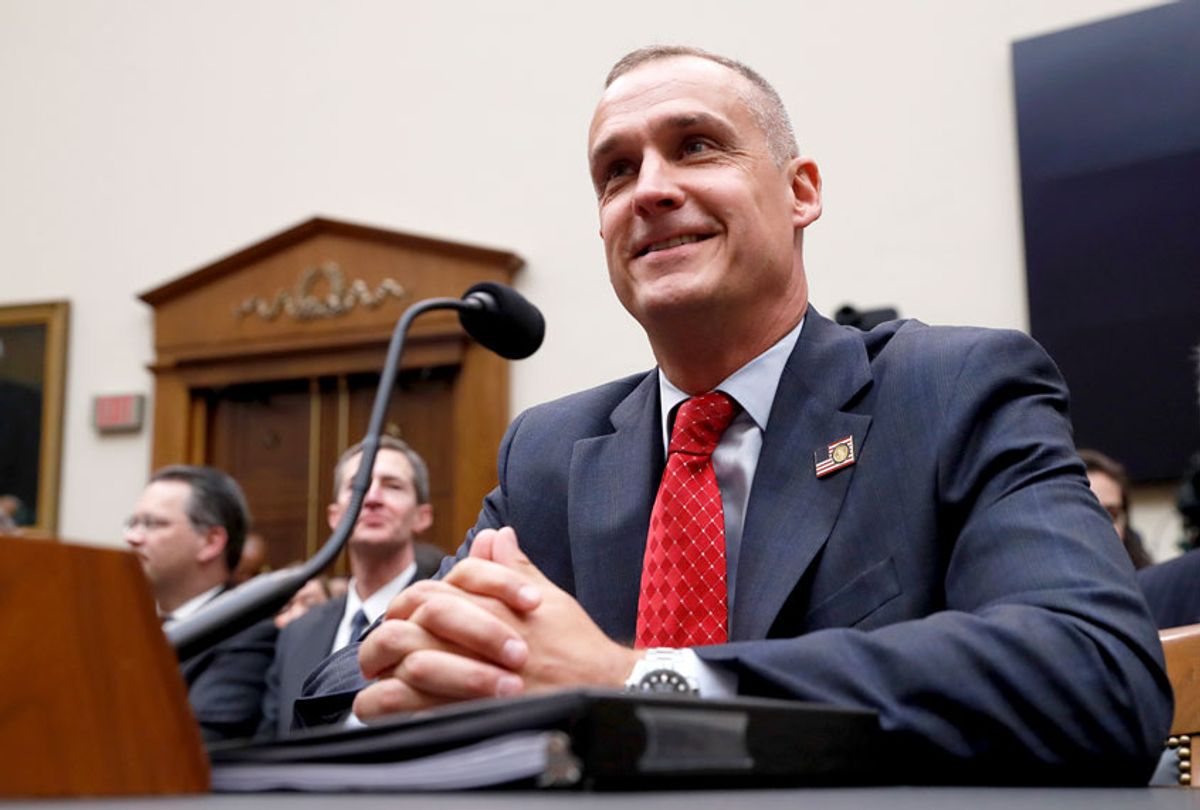 Corey Lewandowski, the former campaign manager of President Donald Trump, heaped praise on his former boss, criticized the Democratic Party and mocked Hillary Clinton's email use on Tuesday while testifying before the House Judiciary Committee, in what the panel is calling its first official impeachment hearing.

In his opening statement, Lewandowski took aim at Democrats in Congress and former special counsel Robert Mueller's investigation, which he described as an effort to bring down the president.

"Sadly, the country spent over three years and 40 million taxpayer dollars on these investigations. It is now clear the investigation was populated by many Trump haters who had their own agenda — to try and take down a duly elected president of the United States," Lewandowski said.

"As for actual 'collusion,' or 'conspiracy,' there was none. What there has been, however, is harassment of the president from the day he won the election," he continued.

The committee hearing quickly descended into disarray as Chairman Jerry Nadler, D-N.Y., clashed with a combative Lewandowski, who refused to answer his questions.

Lewandowski declined to answer Nadler's first question about a meeting he is alleged to have had with President Donald Trump in June 2017, per Mueller's report.

"I don't think I need to do that," Nadler shot back. "I have limited time. Did you meet with the president alone on that date?"

Asked the question again, Lewandowski asked Nadler to "refresh" his memory of what was in the report. He then demanded he be provided a copy of the report so that he could follow along with the passages, sending Democratic staff scrambling to find one.

"Can I request that the clock be stopped while this charade is sorted out?" asked a committee member.

"You don't have an independent recollection of whether or not you met with the president on that date?" Nadler asked after Lewandowski again asked for a page and paragraph number to be provided.

"I'm just trying to find where in the Mueller report it states that," Lewandowski answered.

"Mr. Chairman, you have to start the clock," Georgia Rep. Doug Collins, the top Republican on the panel, chimed in.

"No, I don't have to start the clock when he's filibustering," a visibly frustrated Nadler retorted.

"Filibustering is across the hall in the Senate," Collins told Nadler. "This is the actual questions being done now."

After Lewandowski received a copy of Mueller's report and opened it to the correct page, he replied, "Yes, I see that in the report." He then declined to respond to Nadler's question, stating: "I'm trying to adhere to the White House's request I answer questions that are provided in the Mueller report only. So I'm trying to reference that report directly, Mr. Chairman."

Lewandowski was a prominent figure in Mueller's report, which described how Trump attempted to limit the scope of the special counsel's probe — the episode that is at the core of Lewandowski's importance as a witness to potential obstruction of justice by the president.

Lewandowski later dodged questions from Rep. Hakeem Jeffries, D-N.Y., who asked Lewandowski if he was Trump's "hitman, the bag man, the lookout, or all of the above?"

Lewandowski, considering a run for the Senate in Hampshire in 2020, had been subpoenaed to testify about Mueller's report. In the midst of Tuesday's hearing, he tweeted out a link to a website promoting his possible candidacy.

During his questioning, Rep. Hank Johnson, D-Ga., said, "Mr. Lewandowski, you are like a fish being cleaned with a spoon — it's very hard to get an answer out of you."

At another point, Rep. Sheila Jackson Lee, D-Texas, told Lewandowski: "You are obviously here to block any reasonable inquiry into the truth or not of this administration. . . . He called you to do his dirty work for him!" She added, "This is the House Judiciary Committee! Not a house party!"

Lewandowski fired back that he was unable to give her a response because it wasn't a question but a "rant."

Lewandowski was expected to remain loyal to Trump at the hearing as he mulls a senate bid.

Rep. Hakeem Jeffries, D-N.Y., criticized Lewandowski's conduct during the hearing, telling the former campaign manager, "You are not on the campaign trail yet."

"Before I begin, let me remind you, Mr. Lewandowski, that this is not a Republican primary campaign. You are not on the campaign trail yet," Jeffries said. "This is the House Judiciary Committee. Act like you know the difference."

Trump himself applauded his former campaign manager shortly after the hearing began, writing on Twitter: "Such a beautiful opening statement by Corey Lewandowski! Thank you Corey!"