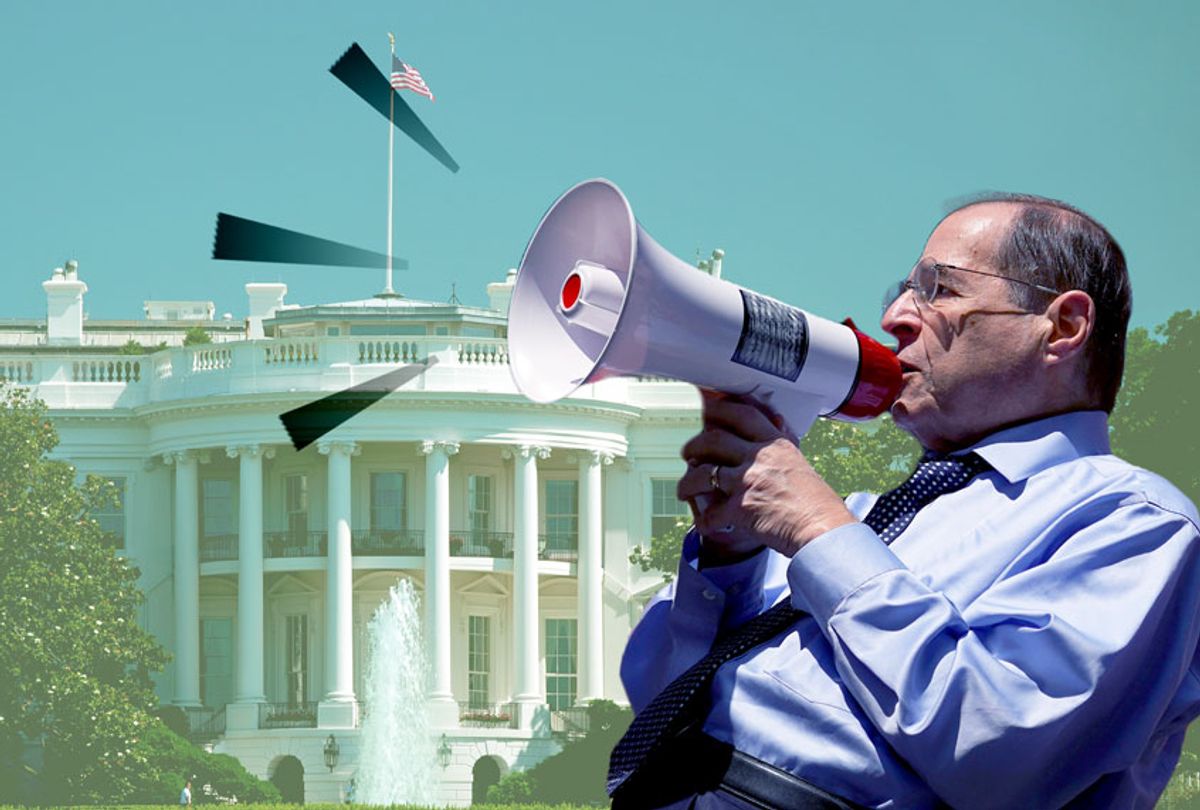 House Judiciary Committee Chairman Jerrold Nadler, D-N.Y., said the White House's effort to block or limit former staff members from testifying before Congress amounted to a "shocking and dangerous" use of executive privilege and immunity just hours before his panel was set to hold its first official impeachment hearing Tuesday.

"The president would have us believe that he can willfully engage in criminal activity and prevent witnesses from testifying before Congress — even if they did not actually work for him or his administration," Nadler said in a statement Monday night.

"If he were to prevail in this cover-up while the Judiciary Committee is considering whether to recommend articles of impeachment, he would upend the separation of powers as envisioned by our founders," Nadler added.

In regards to Lewandowski, the White House invoked executive privilege over discussions he had with Trump and other top West Wing staff that was not included in special counsel Robert Mueller's report into Russian interference in the 2016 election.

The moves were widely expected and mirrored earlier efforts by the White House to prevent or limit former staffers and witnesses from testifying before Congress, such as former White House counsel Don McGahn. Porter, Dearborn and Lewandowski were mentioned frequently in Mueller's report.

The three former aides were subpoenaed to appear before the committee for its hearing titled "Presidential Obstruction of Justice and Abuse of Power," which began at 1 p.m. ET.

Lewandowski, who is considering a run for Senate in New Hampshire, tweeted ahead of the hearing Tuesday morning: "Excited about the opportunity to remind the American people today there was no collusion no obstruction."

"There were lots of angry Democrats who tried to take down a duly elected President," he added. "Tune in. #Senate2020."

The House Judiciary Committee last week escalated its ongoing investigation into whether to recommend articles of impeachment against Trump, passing a resolution that set forth the rules and procedures for hearings related to the probe. The resolution, which passed along party lines by a vote of 24-17, allowed Nadler to designate full-committee and subcommittee hearings as part of the probe.

The measure also allows committee counsel to question witnessesses for an additional hour beyond the five minutes that are given to each lawmaker on the panel. Additionally, the president's counsel will be able to respond in writing to evidence and testimony presented to the committee at those hearings. Evidence may also be received in closed session.