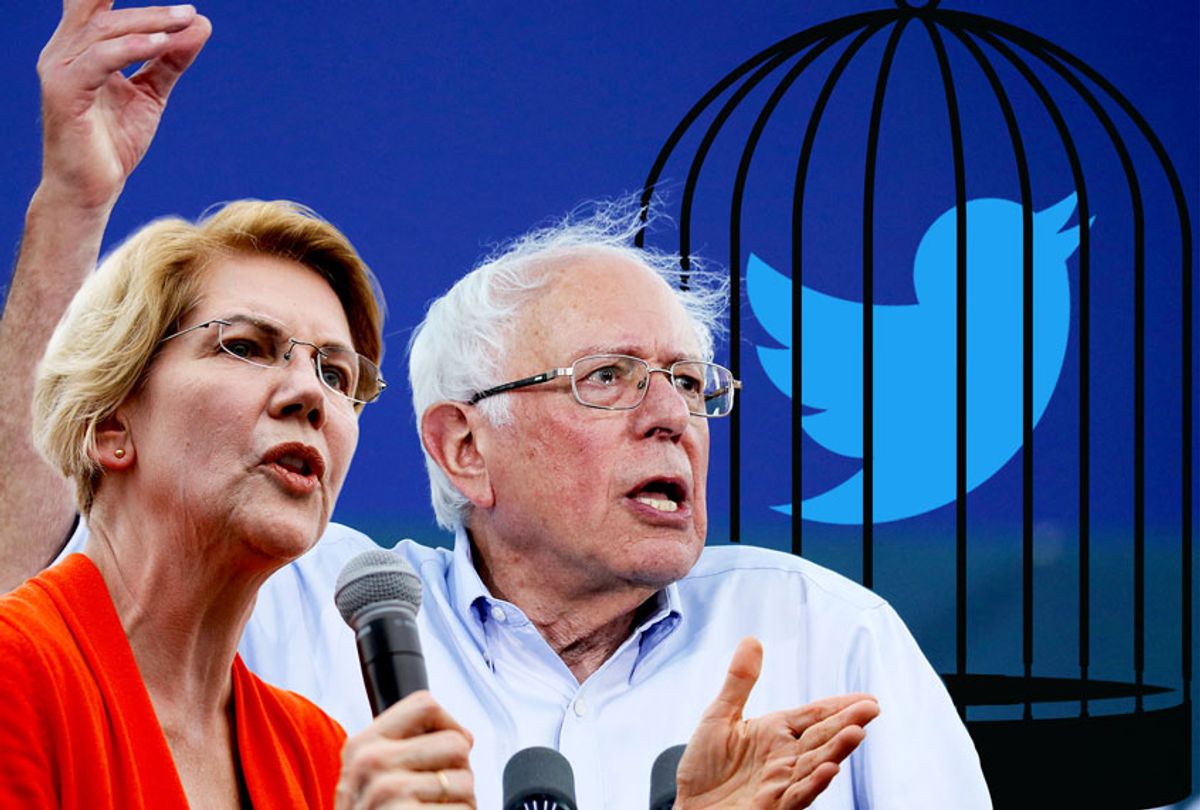 The Working Families Party, a New York-based progressive political party, has a reputation befitting its name as a left-populist political organization. So when the organization endorsed the center-left Massachusetts Senator Elizabeth Warren — who was once a hardcore Republican and has emphasized her capitalist credentials — over the explicitly democratic socialist candidate Sen. Bernie Sanders, Sanders (I-Vt.) supporters were understandably disappointed. After all, the party overwhelmingly endorsed Sanders in the previous presidential election. What had changed?

It turns out that the organization isn't telling.

That's because the Working Families Party (WFP) voting process was not fully democratic, by a sort of hybridized process: part of the vote to endorse came from members itself. The other part came from the leadership.

That suggests that the WFP is hiding something. Many Sanders supporters agreed, and went to vent on the only public forum that functionally exists anymore: Twitter.

But on the Working Families Party's Twitter thread announcing the vote, many found something bizarre: they couldn't actually comment on, "like," or see other comments on the thread.

"I can't see the comments or reply to the Working Families Party tweet," Kaitlin Sopoci-Belknap, the National Director of Move to Amend, who is personally supporting Sanders, told Salon. "I was never able to, I got the text from them and went to Twitter from there, but I couldn't see the comments."

This wasn't an isolated experience; one enterprising Twitter user even began documenting the cases of people who were unable to reply to the thread, and quickly amassed dozens of screenshots of what was termed "The Left Twitter Blackout."

For Sopoci-Belknap, the inability to reply was accompanied by an error message: "Twitter is over capacity. Please wait a few moments then try again." Others, as seen in the screenshot thread, received a "Failed to load tweet," message.

That raised a curious question: was Twitter, or the WFP account, or both, somehow censoring people who were angry and wanted to reply — blocking their ability to do so with an error message?

Interestingly, this glitch — or feature — wasn't limited to one WFP tweet.

Salon's Executive Editor Andrew O'Hehir noticed he could not "like" an Edward Snowden thread on Tuesday about Snowden's book; he, too received a "like failed" message, and found that the Snowden post behaved similarly to the WFP post, in that he was unable to interact with it.

John Graziano, who has over 18,000 followers on Twitter, and often tweets on left-wing politics, said he noticed the pattern about a month ago: certain prominent tweets would get a lot of attention, yet he could not view the replies.

"I just figured because a lot of them were heavily ratioed, and had over 1,000 replies, that too many replies means it shuts down," Graziano told Salon.

Being "ratioed" is Twitter slang for having negative replies outweigh positive interactions; a "ratioed" tweet is dominated by replies, with few likes and retweets. Some see it as a gauge for a bad post.

While some have speculated the Twitter phenomenon could merely be a glitch, Graziano, who has worked in tech for decades, said this would be a pretty big bug for Twitter to let go unfixed for over a month.

Twitter has been mum on the topic; two requests for comments were not returned in the last 24 hours.

One mundane but incomplete explanation is that this phenomenon could be related to Twitter's "Hide Replies" feature, which allows users to remove their comments from others' view. The "Hide Replies" feature gives the user who started a conversation the option to hide replies to their tweets. The hidden replies are viewable by others through a menu option.

However, in the case of the WFP and other tweets, some users are being blocked from replying to begin with — which suggests the two situations may not be related.

The nature of online forum communications, and censorship of such, is of national significance inasmuch as the idea of a public forum has been recently consigned to the private sphere, controlled by tech giants like Twitter and Facebook. These tech corporations' oft-arbitrary decisions about rules of public communication have vast implications for public discourse. In general, their rules almost always protect the powerful.

For progressives who were incensed at the WFP's decision, and unable to comment, the phenomenon fit a common pattern of left-progressives being shut out of the public conversation. Whether a conspiracy or imagined, vocal Twitter leftists saw it as a provocation.

"When I go to my non-political account, for a nonprofit I work for, I can see all of the [replies] — and the difference is that account is not in anyway identified with me, and it never participates in political discussions because [it] explicitly has nothing to do with electoral politics," Graziano said.

"What we have seen is all of these establishments, media and social media sites, doing things that try to inhibit the formation of a community," he added.